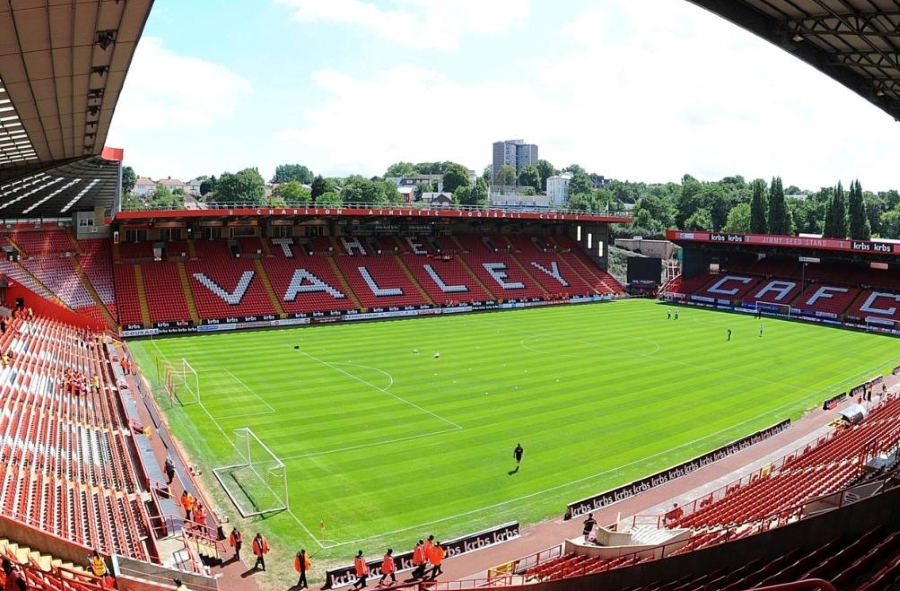 Do you remember that time when Charlton Athletic FC was the model we were either following or recommended to follow? (I can’t recall which).

Either way, it was a plan we ended up following rather too rigorously.

Charlton dropped from the Premier League to the Championship and then League One. We missed out the Premier League bit but so enamoured were we with the Addicks’ modus operandi, when it was their time to drop to the third tier, we gently clasped their hand, looked them in the eye and joined them.

The day was 3 May 2009. Charlton were already relegated but we headed to The Valley knowing a win for us and defeat for Barnsley at Plymouth would be enough to save us.

As it transpired, City’s efforts in south London were futile because Barnsley won 2-1, but it was the lamest of lame of performances on a day when a biggie was needed that saw City lose 4-2.

And so it came to pass… we followed the Charlton path and it led us to League One.

At that point, it was decided there were perhaps better models to follow – fair play to whichever board member tabled that motion – and a good decision it was because since then the Addicks yo-yoing has been betwixt second and third tiers.

Along the way, they found themselves in the hands of a Belgian businessman by the name of Roland Duchatelet, who proved himself to be the very type of owner I frequently get warned about when I go off on one of my ‘fresh investment in City’ rants.

As a result of their dalliance with said multi-millionaire, since the end of the Noughties, Charlton have been in the news more for problems off the pitch than successes on it. They currently reside in 13th place in League One and are closer, in terms of points, to the relegation zone than they are to the top six.

On the plus side, the club is now free at last of the shackles of their Belgian friend although reports suggest he is still owed money by the club. The current owner is a US-based Danish businessman by the name of Thomas Sandgaard who, in October, decided a lukewarm start to the campaign was reason enough to relieve Nigel Adkins of his managerial duties.

Club stalwart Johnnie Jackson was handed the reins on a temporary basis on 21 October; an arrangement that was made permanent on 17 December after he steered them to a timely six-game unbeaten run that opened with a 1-0 away win at Sunderland.

Since then they have stuttered a little and have lost three of their last five but between those defeats they managed impressive 2-0 home wins over Cambridge United and our nearest and dearest.

Two league defeats in their last two over a Covid-affected Christmas/New Year programme have slowed their progress a little but a 1-0 win on Tuesday night over MK Dons in the Papa John’s Trophy has ensured it’ll be into a vibrant, positive, optimistic Valley that we step at 2pm on Sunday.

The national media, who crave FA Cup upsets, will almost certainly have one eye on SE7 as the afternoon unfolds, especially given that we‘re already Public Enemy No.1 based on our feeble attempt at Premier League survival.

One can only imagine the levels of excitement and anticipation in TalkSPORT Towers as Adrian Durham, Alex Crook, Jamie O’ Hara and co brace themselves for some renewed and not-very-subtle Canary-bashing.

Meanwhile, Henry Winter, Alyson Rudd, Barney Ronay et al will be poised to pen something that says the same thing but in a more eloquent tone.

All of which is a good enough reason for City to actually turn up and deliver on Sunday afternoon.

While it seems clear that Dean Smith will pick a team that benefits those who need minutes in their legs, this won’t be one of those afternoons, of which we have become so familiar, where we know that even our best efforts are probably not going to be good enough.

No such excuses at The Valley where, even if Jackson, goes with his best XI, it’s a game City could, probably should, win.

That doesn’t, of course, mean they will. This is a City team that has forgotten how to win; a team that trades only in defeats. So for all the odds-on bookies’ predictions, let’s make no mistake – this is a toughie.

Dean Smith admitted at this morning’s presser that it will be a “mixed” team, so trying to predict line-ups is probably futile. Therefore I’ll spare you the guesswork, but what I can tell you is that Jackson has, of late, set the Addicks up in a 3-4-1-2 formation with Elliot Lee – a loanee from Luton – playing as a 10 behind a front pairing of Josh Davison and Conor Washington.

Whether they will tweak that for Sunday remains to be seen but it does have the look and feel of a front three that could cause problems for a defence that’s been under the pump almost non-stop since early August.

The Valley will be no place for even the faintest hint of complacency. Nor for faint of heart.

For what it’s worth, for once and for one week only, I believe Durham and co will have to find someone else to pick on, although that does of course rely on City doing what currently feels like the impossible… scoring a goal.