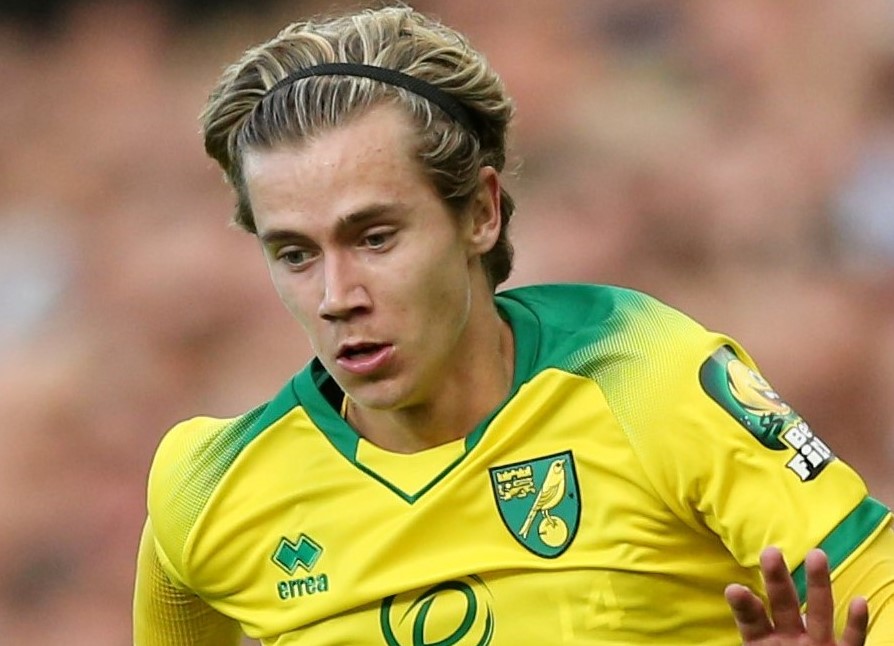 When things are going well at Carrow Road, Stuart Webber’s quotes and soundbites can bookmark and epitomise the big moments, but when it all goes awry, they often come back to bite him.

Perhaps the most quoted one-liner from Webber in recent times is his reference to how Daniel Farke was “sent to war without a gun” in the 2019/20 season, describing the situation the Canaries’ poor recruitment and lack of funds left their former head coach in the last time they were in the Premier League.

Unsurprisingly, the quote was referred to relentlessly this summer, and not just to play on the world of puns Angus Gunn’s latest arrival provided. Webber’s mistake was to claim ahead of the start of this season that Farke had “a gun, a few grenades and a bazooka.” It is true that City spent vastly larger sums than two years previously, but it’s also looking increasingly like this expenditure was misplaced and mistimed.

Part of the supposed requirement to go all out in the transfer market was Emi Buendia’s departure from the club. Webber said of the Argentinian in October: “When someone says they’re not playing for the club again, it’s like: ‘alright mate, see you later.’ Nobody’s bigger than the football club.”

Norwich were, however, keen to sell Buendia, having developed worries over his poor statistics during their last top-flight relegation, when he registered just one goal and seven assists. The Argentinian may have been looking to force a way out of the club, but the plan all along had been to base a rebuild on his sale.

City had planned to use the funds generated from the sale of their player of the season to bolster the whole squad and ready the club for a real attempt at survival, as opposed to the faux attempt two years prior when they finished with five wins and 21 points having seen the campaign out with 11 straight defeats.

Why the Canaries chose to undertake this rebuild immediately following their most impressive promotion of all time is unclear and seems ill-judged.

Of course, many of the players who masterminded that league title were the same ones that had failed during 2019/20, but each of them had earned a year of top-flight experience and names such as Ben Gibson, Dimitris Giannoulis and Andrew Omobamidele had been added to the group since that dismal relegation.

The second mistake came with the allocation of the funds used for this rebuild, as City targeted younger players with potential, rather than the proven performers that could more easily guarantee Premier League football in 2022/23.

Philip Billing, Josh King and Gary Cahill were all players that Norwich were interested in, but instead Mathias Normann, Josh Sargent and Ozan Kabak arrived; a trio who were highly rated but boasted just nine Premier League appearances between them.

Fast forward to January 2022, and six months later the Canaries have opted to put themselves in the same situation once again, this time by selling Todd Cantwell.

The 23-year-old is reportedly close to a £12million switch to Newcastle United, after a more-than underwhelming start to the campaign. Cantwell’s current contract is scheduled to run out this summer but City have an option to extend it by a further 12 months.

It’s understood that this sale, while dealing with a problem that has been festering and selling a player who has wanted to move on for some time, will be made in order to provide head coach Dean Smith with the required funds to enter the January transfer market.

Smith said, after an embarrassing defeat to Crystal Palace four days before the window opened: “Everybody knows the model of the football club and you can’t carry that big of a squad whilst bringing other players in. What we will have to do is sit down with Stuart (Webber) and see where we are.”

It’s clear that the ex-Brentford boss is keen on investment this month, and is accepting of the need to offload players to do so, but on the evidence of Norwich’s poor summer attempt, should he be?

To start with, the amount of money City would receive for Cantwell would be just over a third of what they earned from the Buendia sale, an issue compounded by the time constraints and hiked-up prices made requisite by the January window.

Webber’s ability to find gems in a littered market would be tested even further than it was six months ago, and his summer performance would have to be significantly improved upon to add even slightly more quality than arrived in NR1 at the start of the season.

In order to make a real fist of the campaign’s second act, the players brought in would have to be ready to hit the ground running, as opposed to 2021’s imports, who have clearly taken time to adapt to English football.

Experience in the country would be hugely important, but that particular quality comes at more of a cost than any other, and with just £12million to play with it would be a struggle to bring in any more than one player who combined that experience with the required talent.

Potential new recruits would also have to be accepting of the possibility of relegation, as only overly confident and self-assured individuals could feel 100% sure that their presence would guarantee Premier League status to a team who has so far amassed 10 points from 19 games.

It is worth noting, of course, that something had to change, and after Farke’s sacking had less of the desired effect than anticipated City have been proactive in looking for solutions. After being repeatedly beaten with the ‘lack of ambition’ stick, their willingness to roll the dice must be commended.

Behind the scenes at Colney, they’ll still be backing themselves to succeed, but after the failure of their last one-sale rebuild, there’s a hell of a lot to prove this time around.