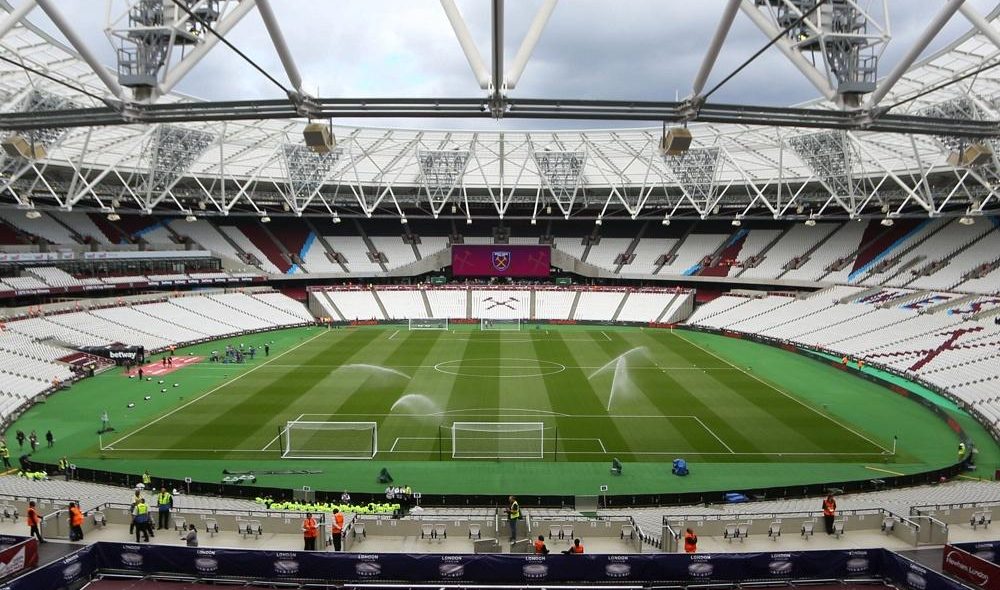 Early in the second half [of Sunday’s game] on Twitter, I began my planning for this piece.

@AndyHead02: ‘Oh FFS I’ve got to do the @MFW_NCFC preview for Wednesday off the back of this…

Can I just write “West Ham are going to beat us” and leave it at that @Gary_Gowers? #NCFC‘

To which I received the reply:

So, there you go. Have a good one.

Only kidding. Although it is tempting. Because how do you “look forward” to a game against a team having a great season and who look like they’ve got the hang of all this defending and attacking mullarkey, when you’ve just squeaked through with a great degree of good fortune against a League One side with both their strikers out?

We’ll start with the Hammer Horror and preview our opponents before moving on to the slapstick comedy of self-analysis.

Looking back over the season David Moyes tends to play with a 3-4-2-1 against the top teams, recently employing it against Spurs and in a 3-2 win against Chelsea. Other than that they stick with 4-2-3-1 as a base formation so I’d expect that on Wednesday.

First choice in goal is the experienced Lukas Fabianski with Alphonse Areola a more than able deputy who has generally stepped in for cup games.

At right-back, the dependable Czech Vladimir Coufal is expected to reclaim his place from former Fulham flyer Ryan Fredericks who played in the cup win over Leeds.

Left-back is likely to be the impressive Ben Johnson who can play in either full-back position and who, at 21, has seemingly edged ahead of Arthur Masuaku for the starting berth on that side.

The giant Issa Diop and Craig Dawson have been as solid a Centre Back partnership as any in the PL this season and Kurt Zouma provides a quality backup option if required.

In defensive midfield, England’s gatekeeper Declan Rice and Czech marauder Tomas Soucek have shown the energy, physicality and tenacity that has helped propel them up the table and the two have even edged club legend Mark Noble to the bench with their level of performance.

In the number 10 role, West Ham have got one of those creative Argentinian playmakers that I’ve heard can be half decent. Manuel Lanzini pulls the attacking strings of this team whilst flitting across the turf like a nimble dragonfly over water. Thank God we have a strong defensive midfield to cover him. His backup, Spanish international Pablo Fornals is half decent too.

In the wide positions, Jarrod Bowen and Said Benrahma are the usual first choices, proving what a fertile area for a recruitment the Championship can be as opposed to say, the Greek League, or the wrong end of the Bundesliga. Other options there would be Croatian creator Nikola Vlasic or fan favourite, 32-year-old Andriy Yarmolenko.

And spearheading the attack is Michail Antonio who we all have fond memories of for spanking four past us at Carrow Road the last time we were in the Premier League and getting our arses handed to us on a plate every week. I’m sure he’ll be easy to manage now West Ham are really flying.

So that’s the hosts. Now, what about the plucky visitors?

Tim Krul just returned and kept a clean sheet, so that’s something.

Dimi Giannoulis just got his latest half-time hook to be replaced by Brandon Williams, so I think we can all guess which one will be trying to stop Jarrod Bowen on Wednesday night. Obviously, we’d all expect Max to slot back in at right-back.

Grant Hanley’s return against Charlton appeared to go without a hitch and with his injury having been shoulder rather than lower limb based you’d expect him to be able to continue again on Wednesday. Alongside him, I think we’d all be surprised if Ben Gibson didn’t return at the expense of Kamikaze Kabak, who I love watching, but who scares the bejeesus out of me at the same time.

The worst midfield in Premier League history will again shuffle its paltry pack with Mathias Normann still not ready and Billy Gilmour also joining him in the treatment room. The undroppable Kenny McLean will therefore get another opportunity to stand around pointing at the literally statuesque Pierre Lees-Melou, the lovely, but a bit wet, Jacob Sorenson, or, if we’re genuinely really lucky, Lukas Rupp might be fit enough to do that thing where he runs about energetically without playing a successful pass in the final third.

I’m sure Rice and Soucek are trembling.

From out wide, the return of Milot Rashica was more than welcome and quite apart from him getting off the mark with a goal, the pass he drilled through the Charlton lines early in the second half gave us a tantalizing glimpse of what actual attacking football can look like. Cristos Tzolis, like Giannoulis, is another who has departed early after being given a start on several occasions now and he may have to be content with a watching brief.

Todd Cantwell will no doubt be unexpectedly ill, unexpectedly injured or unexpectedly using some other excuse as to why he’s not doing his job this game. The fact that the club and Dean Smith were unable to even keep their stories straight pre and post-match on Sunday was indicative of where we are with the Cantwell saga and I’ve lost all trust and patience with all parties.

The promising cameo by Jon Rowe at Palace looks to be undermined by a brush with COVID that almost certainly resulted in him not getting the start he would have deserved against Charlton, and will also see him ruled out of contention on Wednesday.

Which leaves Rashica, if he is risked from the start, to be joined on the wings by either Kieran Dowell, Josh Sargent, or Przemysław Placheta.

Dowell has really struggled this season, and his brief opportunities have not seen him give Dean Smith any reason to give him any more.

Sargent will provide commitment. In the same way that I would at 45 and with a stomach like a space hopper. And whilst his energy levels would keep up longer than 30 seconds, if his only strength is being big and making a nuisance of himself, then is he any more use than slinging a centre-back up there? Because with the best will in the world Sargent simply does not have a PL technical skill set that is any more impressive than Grant Hanley. And I would argue, is distinctly less impressive than Ozan Kabak in full flow.

So I’d be happy to see Placheta get the nod. He’s a half-trick pony with that luxury pace and no end product, but he looks genuinely motivated and committed to the cause, which is an increasingly rare commodity in this group of shrinking violets.

Up front, thank god for Teemu, who provided more class and guts in one half on Sunday than anyone else has up front all season. He has to start because if he doesn’t, we’re left with a choice between Sargent and Adam Idah, who has the gentle first touch of someone using a prosthetic arm made of lead for the first time and who has made the absolute least of every opportunity he’s been afforded in the first team for the past two years.

Sorry it isn’t more positive but we are where we are.