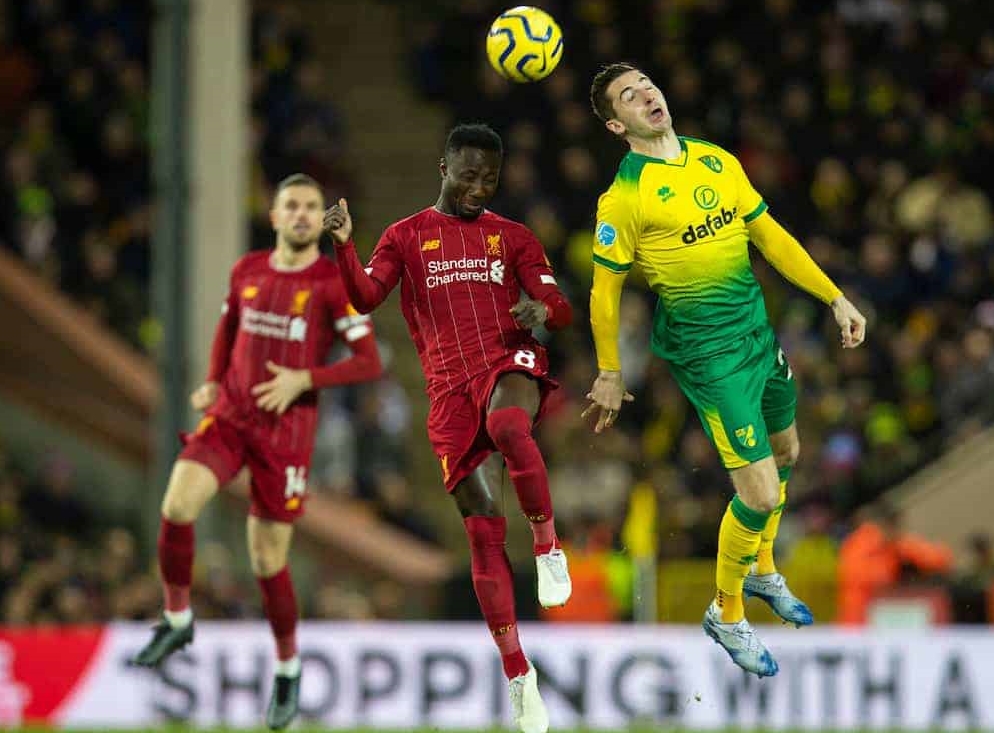 It’s a debate that rumbles and rumbles and one we have discussed on these pages before. The clue is in the title.

Prior to him co-founding the excellent ‘Along Come Norwich’, Andrew Lawn, author of ‘We Lose Every Week: The History of Football Chanting’, was part of the MFW team and in that time penned a corker of an article on this thorny issue.

Funnily enough, it cropped up on Twitter yesterday when this bold claim appeared (from a Cambridge United fan I believe)…

“If you play in the Premier League and fail to beat the first man from a corner, your club should have the absolute right to deduct £10,000 from your next pay packet”.

I was immediately transported back to Lawny’s article and so with the kind permission of the man himself, the piece has been resurrected from the archives. It was originally posted on 3 March 2016, so the references may be a little dated, but the gist remains.

What has been the most frustrating aspect of this season?

The constant nagging “what if…” that plays over and over in your mind as you relive; Jerome’s ‘goal’ against Palace or the 2 goals leads we’ve thrown away (Liverpool, West Ham), or last-minute goals we’ve conceded (Man City, Leicester and of course Liverpool and West Ham again) or the consistent ability to shoot ourselves in the foot?

For me, add to this; people who moan at corners hitting the first man.

You know the ones. Brady steps up and attempts to whip one in and the 6 foot 7 giant at the near post leaps, nodding it back from whence it came, queuing a chorus of “Rubbish Brady. At least beat the first man. All that money and you can’t beat the first man? What do you spend all week doing in training?”

Robert Snodgrass had the right idea when he told these people where to go.

In a similar vein to “you have to man-mark and have two men on the post when defending corners rather than this zonal nonsense”, “you have to beat the first man” has become a lazy staple retort that comes from watching too much Martin Keown and not enough Gary Neville.

As a slight aside, watching Martin Keown at all is too much Martin Keown – an empty chair would at least not get things wrong.

The first thing to consider when looking at corners is how difficult the job of the corner taker actually is.

He (or she) is not just tasked with putting the ball into the penalty area, or even “hitting the penalty spot” as is still always taught to kids. The reason is that not every attacking player in the penalty area is there to attempt to score, most are there to create space for someone else.

Next time you see the highlights of a goal from a corner, watch how many attacking players don’t move very much at all. Instead, what they are doing is blocking runs of defensive players. This in turn (hopefully) frees up one man to have a free run.

The taker’s job then is to hit the forehead of one sprinting and jumping player, in a crowded area.

Not only is their target small, but in order to avoid the goalkeeper catching it and launching a counter-attack (more of shortly), the delivery has to be flat and hard, increasing the difficulty exponentially.

Finally, just in that spot that the taker wants to hit, those crafty opponents have stationed their best header of a ball, normally a giant.

All of this adds up to mean that the taker has a space about the size of the ball to hit, 20 yards away from them and eight feet off the ground, at pace. Easy.

Given it is difficult to beat the first man, you might reasonably assume that in order to at least get the ball in the box it is better to overcompensate on height, clear that first man and hope that in the melee it is your player who wins the ball, rather than the goalkeeper who also has the added height advantage of using his hands. A quick look at some more stats shows this approach is suicidal.

Therefore, if you just float a corner over the first man and allow the goalkeeper to come and claim an easy catch above the heads of your now out of position central defenders you are more likely to concede from your own corner than you are score.

It’s why Leicester left Vardy, Albrighton and Mahrez on the halfway line when defending our corners Saturday, they are much more useful individually to a Leicester side defending a corner by threatening our backline than they are protecting their own.

By contrast, hitting the first man often means the ball goes back out wide, either to be re-picked up by Brady/Redmond/Wes to try again or out for a throw-in, from which we can build another attack.

Of course, the first man might hit a teammate with a clearance, starting a counter-attack, but it is much more difficult to direct an accurate header than it is for the goalkeeper to pick a player out with a long throw.

In fact, the most successful strategy when you win a corner is to take it short, keep the ball and not send your defenders forward according to a study of the game globally, which highlights that two of the most successful sides of recent years; Spain and Barcelona have essentially abandoned crossing the ball from corners entirely.

The point of all this is to show that hitting the first man from a corner is not the worst thing and is actually better in many regards than the more likely alternatives.

Basically, corners are like most aspects of football, they look much easier than they actually are and as fans, our job is to not bleat and moan but to support and encourage.

For what it’s worth, I’m very much in Team Lawn on this one, but if you disagree, we’re all ears.

On your Neck, City!@OnYourNeckCity·
18m