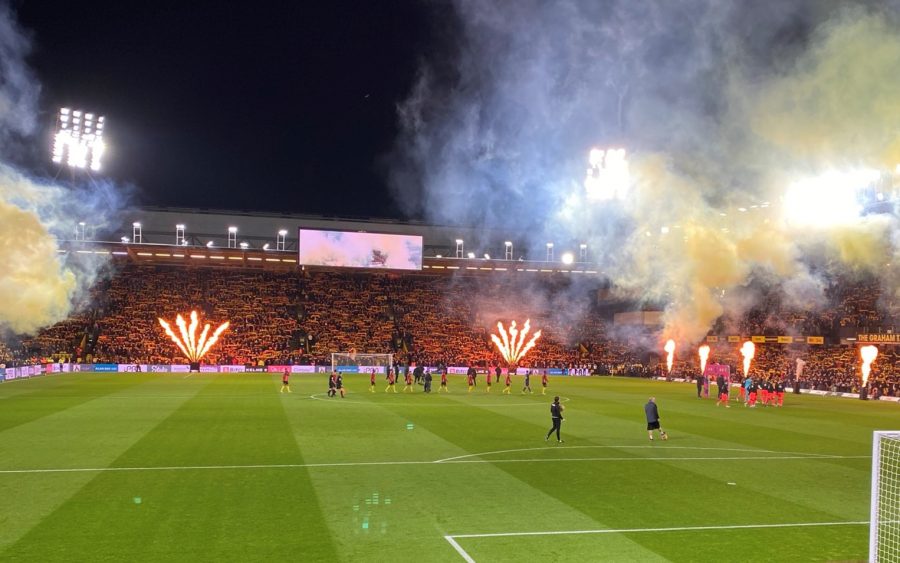 Well, that was a Saturday to savour. And they don’t come along too often.

To get your business done early is usually a phrase we associate with the transfer window but a win on a Friday night before all of your opponents take lumps out of one another on the Saturday feels even better.

Even more so when you’ve won 3-0 away at a relegation rival, have kept a rare clean sheet and when your non-goalscoring, banjo/cow’s derriere striker has just scored his first and second Premier League goals.

Think of your average Norwich City away day. Well, this was the complete antithesis.

Many a Premier League road trip has resulted in nil points but only after City have played some easy-on-the-eye football without ever looking like scoring a goal, and have coughed up a goal or two at the wrong end via the almost mandatory Keystone Cops defending.

But oh no. Not at Vicarage Road on Friday, 21st January.

To describe it as an ugly win is doing a disservice to that noble art because this was taking it to a new level.

But who cares if those who believe themselves to be connoisseurs scoff.

It matters not one jot if the TalkSPORT brains trust declares it a win in name only and cites a Watford team in crisis as the only credible reason as to why Norwich City would even score an away goal let alone get an away win.

Neither does it matter that Lineker and co could barely afford us the time of day despite it being, by any metric, a massive result in the fight to avoid relegation.

None of that matters. Neither does the fact it was one of those nights where we struggled to string two passes together.

That didn’t matter for once. The pretty stuff will have to wait.

This was about showing a pair. About standing up in a physical battle to a side that were bigger and stronger than us and whose modus operandi – especially against City – is to scrap, bully and impose themselves.

And I’ll be honest, there were spells in the post-Sorensen part of the first half when I feared the worst – when Watford did look as though they were going to overwhelm us all over the pitch and use their physical presence to smother any attacking intentions we might have.

But then came Grant Hanley. The very man you need when the flak is flying and when the battle lines are starting to buckle. With the able support of lieutenants Gibson, Williams and Aarons, he was able to provide a shield around Angus Gunn, who himself defied those who had cast doubt on his ability to fill the Krul-shaped void.

All five stood firm, even when the six in front of them struggled to gain any type of foothold in the game.

And while it was of course the three second-half goals that won the game for City, it was that 20-minute spell leading up to halftime that laid the foundations for it. Had the whites of Angus’s eyes been exposed to Messrs Dennis, King or João Pedro and Gunn Junior had been unable to keep the sheet clean, I think we know how it ends.

But going in goalless at the interval offered them a foothold and Dean Smith a platform from which to work. All too often this season we concede in those types of spells and it becomes that game-over scenarios we loathe so much.

Watford, however, have problems of their own, one of which is an almost total inability to keep a clean sheet, and it only took City six minutes of the second half to make the most of that fragility.

Kenny McLean’s burst from midfield, seizing on a mis-controlled pass, was the catalyst for Josh Sargent’s crucial opener even though at the time it looked as if he’d undone all of his good work with a horribly over-hit pass. Luckily Pukki’s persistence paid off and we all know what happened next.

A stroke of genius or the biggest slice of luck since that goal-line technology went on the blink at Villa Park?

I’m not sure and I don’t care.

The roar from that massive City contingent behind that goal told the story. It was, as Sky Sports’ Seb Hutchinson described it, a huge moment.

And we all know the effect confidence has on a player, particularly a striker, after they have been through a rough patch.

Does anyone think Josh’s header hits the back of the net if the ‘scorpion kick’ had hit the line and bounced out?

But it was a fine centre-forward’s goal. The head-to-ball type of header that our own Iwan Roberts specialised in and, going a little further back, the type made famous by one Joe Jordan.

Few things in football get the adrenalin pumping like a whipped-in cross being met by a far-post header as a striker climbs above a defender, and this was a classic example. It was, it has to be said, something we haven’t seen for a long time.

And it was brilliant.

There were of course some shenanigans to overcome before the deal was sealed, like failing floodlights, a sending off and a 15-minute spell at the end where City decided to stop passing the ball to each other, but Juraj Kucka diverting Adam Idah’s cross into his own net was the moment we all started to believe.

It may not have been pretty but from it emerged 14 heroes in salmon and two-and-a-half-thousand more behind that goal, all of whom made a wonderful racket all night.

So, two wins in two and we, somehow, have (for now at least) extricated ourselves from the bottom three. Quite how the hell that has happened I’m not sure but where, for numpties like me, there appeared no hope at all, now a chink of light has appeared in the darkness. Only a small one but it’s definitely there. I’m not imagining it.

Typically, as we finally gain some much-needed momentum we now enter a mini-break but at least we do so with our tails up and hope in our hearts.

It may have been ‘only Watford’ and ‘only Everton’ – as we’ve been reminded constantly over the last 36 hours – but as we know only too well, there have been numerous occasions when those in desperate need of a win have turned to Norwich City for comfort.

It’s been a grim old season but, for 12 days at least, it feels just a little less so.

How come @AngusGunn01 gets a tractor whilst everyone else gets a @lotuscars?! #NCFC

Piggy is starting to get excited over the new @NorwichCityFC home shirt.
Piggy can’t wait for the weave front.
#NCFC
#Yellows
#OnTheBallCity

The #ncfc shirt is quality!

Fans hit out at the Football Association with revelation made in cup details - https://fanbanter.co.uk/fans-hit-out-at-the-football-association-with-revelation-made-in-fa-cup-details/