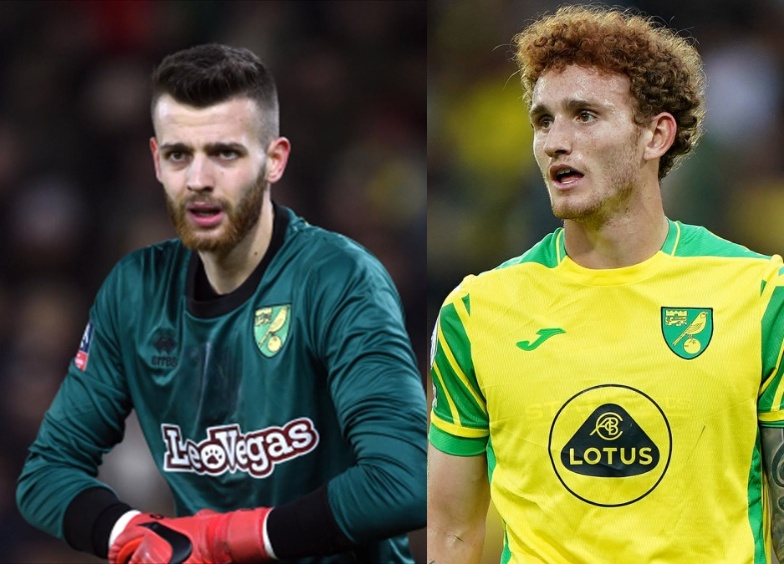 Norwich City have a comprehensive recent history of failure when the relegation battle chips are down, and yet on Friday night they ran out comprehensive winners of the biggest game of their season.

Even the chirpiest of City fans will have felt a sense of apprehension going into a visit of the 17th-placed side, on television and against a team who the Canaries have typically struggled to beat. What Dean Smith’s boys managed to produce may have been full of character and fight, but there’s no denying how surprising the comfort with which they did it was.

Perhaps the only element that shocked more than this was the fact that the two men to haul Norwich out of their ‘six-pointer’ slumber were a second-choice goalkeeper and a striker who had failed to score in 18 Premier League appearances.

The backgrounds of the pair could hardly be more different; Josh Sargent came from the faraway lands of O’Fallon, Missouri and was a name that only the most well-versed English football fans had heard of, while Angus Gunn was famously born and raised in Norfolk, while his dad played the same shirt his son would don 22 years later.

What they had in common on Friday at eight o’clock was that they had failed to convince the City fanbase. What they had both shown by 10 o’clock on Friday was their desire to prove people wrong, and their ability to do so.

In keeping the ball out of the net, Gunn secured the Canaries’ first clean sheet of the season in a league win, making a handful of tidy saves from Watford half-chances and proving more than adequate with his feet.

There had been some calls before the game for 37-year-old Michael McGovern to start, but the Colney academy graduate has rebuffed many doubters with his latest showing. What’s also worth noting is the fact that Gunn had struggled in the Premier League even before his Carrow Road return, when a 9-0 defeat by Leicester City spelled the end of a difficult period with Southampton.

Injury then curtailed his Championship loan with Stoke City, meaning he hadn’t performed at his best since his original first-team spell at Norwich in the 2017/18 season.

It may feel on the surface like Gunn has overcome an obstacle that presented itself in City’s festive fixtures, but the under-21 international will be feeling the most relief he has done in close to four years.

Sargent may have felt like it had been four years since his last league goal, but he actually scored his third and fourth of the season on Friday after netting twice in the 2. Bundesliga prior to switching allegiances late in the summer transfer window.

That Canaries fans had yet to see him score in the Premier League was the real worry for the American forward, and yet he instinctively did so at Vicarage Road, like a player who’s scored in their last ten games consecutively.

Any fans that predicted Sargent would score a goal to be likened to Olivier Giroud’s Puskas Award-winning strike will be upping their quantity of lottery tickets this week, and even more so if they predicted that he’d double down on the opener with a Grant Holt-esque bullet header.

Time and again Sargent’s quality has been questioned, his first touch berated and his price tag bemoaned, but there’s no question the USA international looked every bit a £9million player across the 115 minutes played on Friday night.

That two of Dean Smith’s Canaries have fought against the writing off they’ve received to deliver a vital three points can only be a good sign for the club as a whole. As Sargent and Gunn have been maligned, so have the squad they form a part of.

City have been relegated on paper by many already, from media to opposition fans and even their own supporters during the darkest times, but that suits them just. There’s one quote on a wall that this week will stick out among the sea of them found at the Lotus Training Centre:

“They wrote us off. They always do. But here we are.”

On your Neck, City!@OnYourNeckCity·
39m