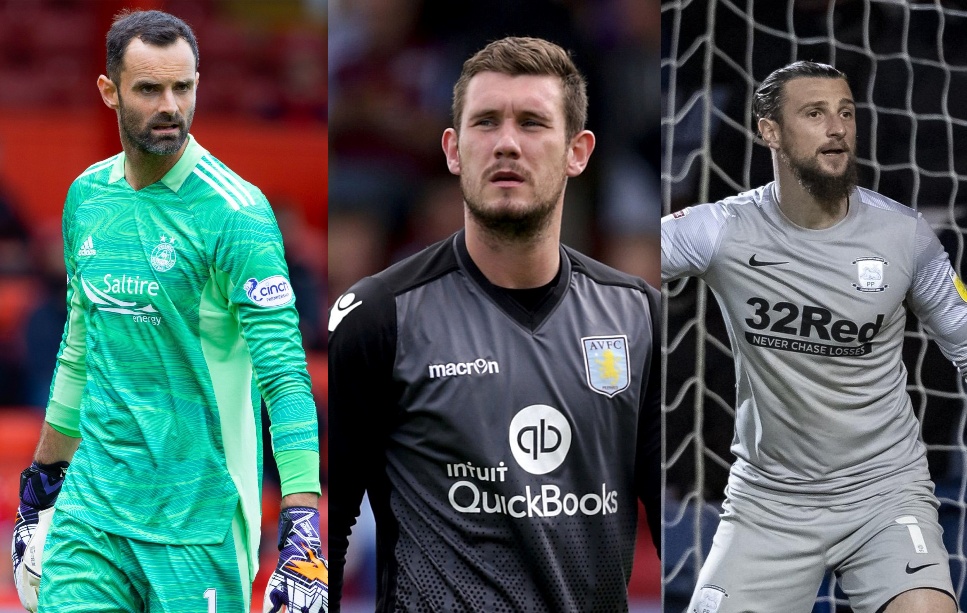 As the late January storm is interrupted by the sheer sense of calm created by the inaugural Premier League winter break we can recline our chairs, sit back and enjoy the closing stages of AFCON. Unless we’re Newcastle United fans of course in which case we would be sitting around a crate of Journey into Space and checking NewsNow every five seconds to see who might be next on the roster.

But we are Norwich City and do not share that emotion with our North Eastern friends on Tyneside, so MFW regular Alex Bain and myself thought we’d go completely off-piste and look at some of our goalkeeping contingent over the last few seasons.

Tim Krul is the link, obviously. We love him here, they love him there. They love him almost everywhere. Come back to fitness soon, mate!

Alex says: “City have always been a testing ground for keepers ever since I watched my first games with names like Ken Nethercott, Sandy Kennon, Kevin Keelan, Bryan Gunn, Chris Woods, Rob Green, John Ruddy and the aforementioned Tim Krul. To a much lesser extent, I remember Marshalls Andy and David, as well as others I have forgotten in between.

“However, we have also had four extremely talented keepers with many England youth caps at all levels between them who never took that next giant step as in Joe Lewis, Jed Steer, Declan Rudd and Remi Matthews. Here’s a look at how they have fared since departing our club:

“Joe Lewis started his career at City’s academy in 1995. He has England caps at U15/16/17/19 and 21 level, with loans to Bury, Stockport County and Morecambe before he enjoyed a £400k move to Peterborough.

“He later moved to Cardiff in 2012 on a free transfer. Eventually, he secured a permanent move to Aberdeen in 2016 and in 2020 signed a new contract until 2024, and was made club captain.

“Jed Steer started his career at City’s academy in 2003 and has England Caps at U16/17/19 level and experienced loans to Yeovil and Cambridge before signing on a free transfer to Aston Villa.

“More loans were to follow out from Villa as in Doncaster, Yeovil, Huddersfield and Charlton.

“Steer starred in a 10-game winning run for Dean Smith and played in the Championship play-off semi-final for Villa, saving two penalties.

“Declan Rudd started his career off at City’s academy in 1999 and has England Caps at U16/17/19/20 and 21 level and played 21 first team games at City followed by loans to Preston North End and Charlton before he secured a permanent move to PNE in 2017 with a rumoured fee of £500+k.

“Remi Matthews started his career at City’s academy in 2004 with loans to Burton Albion, Doncaster, Hamilton , Plymouth and eventually Bolton Wanderers in 2018, with this culminating in a permanent move in 2019 to the Trotters for an undisclosed fee.

“At Bolton, he played 48 first team games before moving on to Sunderland before shuffling himself on to Crystal Palace on a free transfer where he remains as the Eagles’ third choice on a two-year contract.

“All four had great reviews at youth level and were expected to achieve great things in the game. That’s not for me to answer but I think it could have gone better for a couple of them.”

So that’s Alex’s take on some of our keepers who, if we are brutally honest, didn’t quite make it to the top but continue to make a good living from football and fair play to them.

I’ll chuck in a couple of names from the past like Scott Howie, Mark Walton and even if only for pot luck, Mark Bunn. Folks who went to games in the 70s and 80s will also remember the likes of Roger *careless* Hansbury and others of that ilk that I’ve forgotten of course.

This time around if we take away the current triumvirate of Tim Krul, Angus Gunn and Michael McGovern we still have young guys like McCracken, Mair and the admirable [and to my mind proven] Daniel Barden waiting in the wings. God speed your recovery, Daniel.

In my match-going memory, NCFC has always boasted a more than good keeper from Keelan to Krul and long may that tradition continue.

Thanks to Alex B once again for his assistance with this article and I’ll leave you with a track appropriate to every keeper: