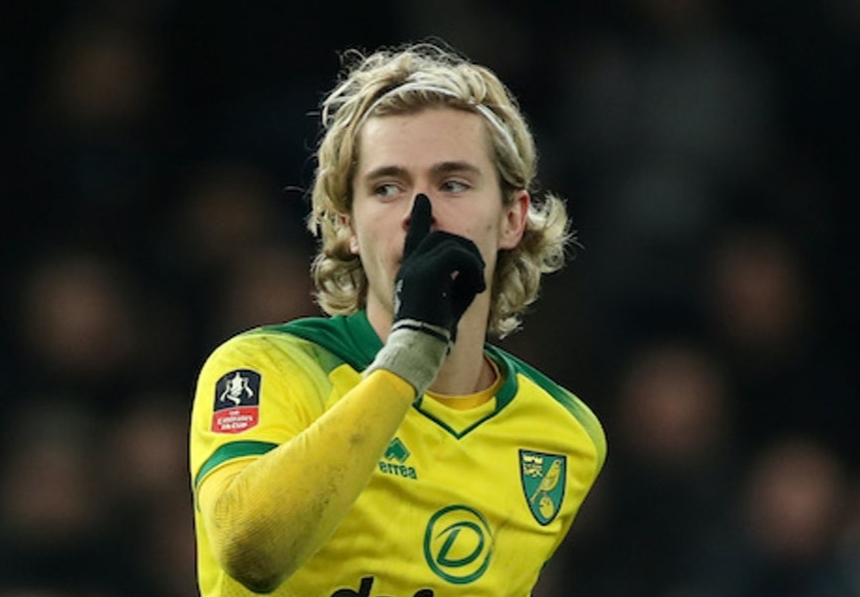 As the January transfer window gently closes at midnight tonight it is plain for all us Canary types to see that it will have resulted in “a masterly policy of inactivity” to quote Richmal Crompton, who remains one of my favourite authors to this very day. Although she never knew it, in many ways she inadvertently taught me to write. She would never have created Just William if she had realised the consequences of the inspiration she provided to me.

We bought nobody, sold nobody and none of us will genuinely claim to be surprised by that.

Who cares what Newcastle, Watford and Burnley have done? Not us, we’re Norwich City and we do it our way. Or in this case, we don’t do anything at all. Defensive midfielder? Oh no. Striker? Oh no, no, no***. Dean Smith has been quoted as saying we are fine with what we’ve got, although whether that is a genuine assessment or Deano speaking on behalf of others I am not too sure.

As I write it seems Scott Parker might be making a cheeky offer to get Todd Cantwell on loan at Bournemouth with a view to buy upon promotion, but that remains just a rumour so I’ll leave that one right there for now.

But that’s enough from me so let me reintroduce the posse, who have their own thoughts at this stage of the season.

Alex A, aka Ed, says: “We learned over the past six months that players from foreign leagues need time to adjust to the English game.  You can probably get away with it in the Championship, but in the PL, no.

“What’s done is done and we just have to hope that Mattias Normann will be able to return next month, along with Lukas Rupp and Jacob Sorensen. I’m sorry, but Kenny McLean is just not good enough for the Premier League in my opinion.

“I was hoping that Todd Cantwell would be able to fill some of the void left by losing Emi Buendia, but he has been a shadow of his former self and is practically worthless in the transfer market. I just hope that he rediscovers his love of the game in the future, wherever that may be. Please not at Newcastle though.

“It does appear that Smith has discovered a formation and tactics that suit ‘the hand he’s been dealt’.

“To go to Watford and claim all three points was massive and to see Josh Sargent claim two goals was tremendous, both for him and the team. I’d expect to see a few minor changes to the team for the visit of Palace.

“There is a glimmer of light at the end of the tunnel in our fight for survival, but until all the postponed games have been played we don’t really know where we stand.

“We may still fall at the final hurdle, but I feel much more positive that we can at the very least survive in the Championship.”

Alex B reckons: “My biggest disappointment of the season must be Daniel Farke getting the sack along with his backroom team but after such a poor start it was going to happen. It’s a pity these owners didn’t follow him out of the door as his failings were due to their intransigence on investment. Closely followed by Cantwell not turning up and thereby seemingly ruining his career.

“My biggest and happiest moments were seeing City get two wins on the bounce and seeing both Jacob Sorensen and Pierre Lees-Melou show that they can operate in this league and long may it last.

“With the return of Normann, I can’t see Billy Gilmour getting much game time.”

Cutty adds: “I‘ve been a Canary fan since the early 1950s and over the years it‘s been a rollercoaster ride with this season going to the extremes, the nadir for me being the Charlton game. We won but on hearing an ex-City player Darren Kenton saying ´Some of the City players were putting themselves behind Charlton players so they wouldn‘t get the ball´ I despaired.

“We were playing a team a couple of leagues below and we have a new manager – what a chance to shine, to wear the Yellow and Green with pride. Where was the team spirit and what could we expect for the rest of the season? And then along came Everton, we win, Idah scores and gets rave reviews!

“Next up Watford and a 3-0 win with Sargent getting a brace, and we‘re out of the bottom three! Just 12 days from despair to cheer, in 70 years I‘ve never known such a turnaround. What happens next I haven‘t a clue but my mojo is back.

Bernie Owen reckons ironically: “It’s been a most exciting transfer window viewed from my gaffe in Wivenhoe on the Costa del Colne. Nothing has happened. We haven’t had any bids for any of our underperforming squad, particularly that young man from my old abode of Toftwood, aka TC.

“I can only suppose the fact that his head is scrambled has affected him so much in training that neither Farke and latterly Smith wants to play him. And potential buyers are holding off as his price drops every day.

“There’s been a little movement of fringe players, from a loan here to a loan there. The most surprising is Seb Soto moving to Livingston from Porto. It’ll take him three months to adjust to the weather.

“My low point thus far came in the game against Brighton. There was an almighty shambles in the Brighton defence and their keeper ended up 25 yards from goal. The ball breaks free, Sargent has it at his feet, the goal gapes, he mishits it wonderfully. It is on target but moving like a snail, giving Lewis Dunk the chance to run 30 yards and clear the ball to safety.

“In terms of improvement, I noticed that without our two of our three Scottish internationals we won twice in a row, although McLean was okay against Watford as a sub, with Sorensen looking like Normann’s midfield partner when they both return to the engine room.

So that’s the views of the posse and, of course, MFW would like to hear what you lovely readers think too as the transfer window fades gently away into the ether. Don’t be reluctant to share your thoughts.

I’d like to dedicate this piece to the late, great Barry Cryer, who sadly passed away last week. He was a fine gentleman in every respect.