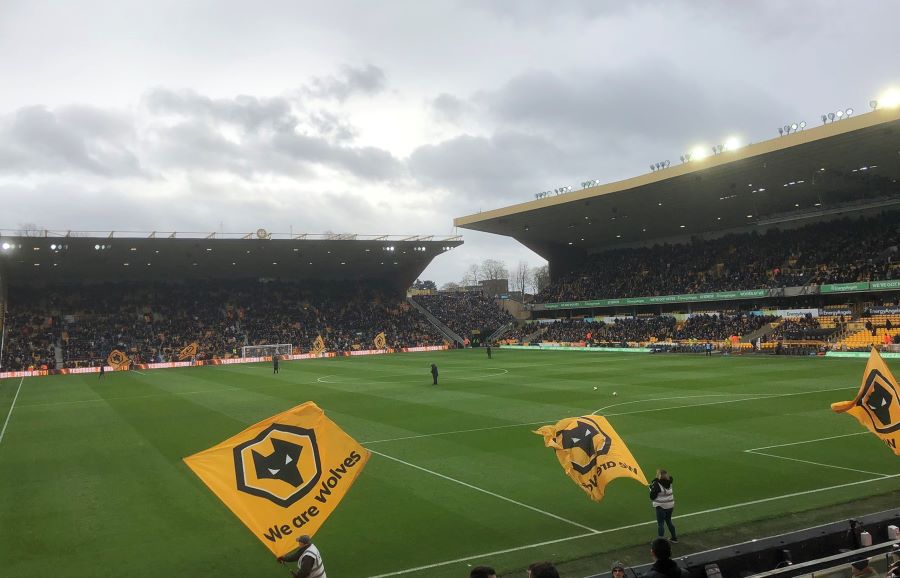 I should be opening with a pithy line about how City made it three wins on the spin at Molineux and how, while embarking on what’s apparently known as a cup run, Dean Smith has transformed the team from a bunch of lily-livered pushovers into a professional unit that’s remembered how to win.

I should have been.

And then I watched Match of the Day.

Now I accept that with 13 games to cover, the highlights package is going to be brief, and also accept that a Norwich win never gets the pulse racing for anyone other than us, but when the commentator utters the phrase ‘Billy Gilmour has been the key to Norwich’s recent resurgence’, how can you ignore it?

That same Billy Gilmour who hasn’t kicked a ball in anger in a yellow (or salmon or black) shirt since December 28 when we lost at Crystal Palace.

I know Chelsea fans believe him to be the second coming of Christ but unless his gift of producing miracles extends to influencing games of football from the Colney treatment room, I’m pretty sure wins over Everton and Watford were achieved without him.

But our friend from the Beeb chose to lazily trot out a trope more regularly associated with the social media world inhabited by fans of the European champions; a world in which we’re barely worthy of Billy’s presence and where he’s permitted only praise and adulation.

All of which. of course, does the lad himself no favours. He just wants to get his head down and gain some valuable experience away from swanky west London, and through all the good and bad things that have occurred this season, I’d say he’s probably done that.

And he did play well yesterday, but alongside 14 others. All were heroes in what was the very epitome of a stirring team effort.

It wasn’t just on the pitch though that we performed well yesterday. Since he has started to have something resembling a fit and healthy squad to work with, Dean Smith – ably assisted by Craig Shakespeare and Liam Bramley – has developed a very healthy habit of making the right calls.

To find the right balance in yesterday’s starting XI wasn’t easy in itself. Do we wrap our key men up in cotton wool and not risk them getting a knock ahead of Wednesday night or do we play our strongest team knowing a win could take us just four games from Wembley?

In the end, he mixed and matched and got it just right.

Michael McGovern’s appearance was something of a surprise but logical enough given that Angus Gunn is, in Tim Krul’s absence, the current number one. The Ulsterman could have done no more than to produce a clean sheet with no alarms and when called upon was solid and reliable.

That he somehow managed to not divert the ball into his own net when Podence’s shot struck the post and rebounded onto him was one of those that, when things are going awry, would have ended up in the back of our net.

Right now things are breaking for us and even some curious decision-making by referee David Coote was unable to tilt the balance in Wolves’ favour.

As well as finding the right balance in terms of team continuity and maintaining freshness in the legs ahead of the Palace game, Smith also used his substitutes to good effect yesterday, with, in particular, Teemu Pukki and Mathias Normann arriving just at the time some experienced reinforcements were required.

The chance from a 4-4-2 to a 4-3-3 also worked on the day although Adam Idah as a lone striker is, for me, slightly less effective when not having Pukki alongside him. That imprecise first touch tends to be more costly when surrounded by two or three defenders, but his running and clever movement still make him a handful.

But I suspect the switch between 4-3-3 and 4-4-2 will be ongoing and used on a horses for courses basis. To go two vs three in the centre of midfield is a risk, especially for a squad built on the premise of keeping the ball and dominating possession, so Smith will consider carefully the days he considers it worth being light in that area of the pitch.

Interestingly though, for a squad not necessarily loaded with personnel designed to soak up pressure for long spells, they didn’t half do it well for most of yesterday’s second half.

Rarely did Wolves get in behind and when they did there both centre-backs were there to either block the cross or snuffle out the ball underneath. And even when left one-on-one, Brandon Williams and Sam Byram were tenacious and relentless and unyielding.

And we looked dangerous going forward – in the first half through controlled possession and in the second on the break. John Ruddy had the big saves to make; McGovern the routine ones.

The goal was a work of Gaelic art borne of time spent practicing on the fields of Colney. The delivery from Gilmour had whip and pace and the header was deft. Kenny McLean, his own biggest critic, will hopefully be buoyed by the goal and his confidence boosted. He, with his countryman, and with their Gallic counterpart, played well and did all the right things.

Under Farke we weren’t very good at it – it was seen as only peripheral to all the other more technical stuff. Now it seems embedded; part of the many facets it takes to win a game of football.

So… three wins on the spin, including consecutive clean sheets, and four wins from our last five. And I’ll be honest, it’s a run I never saw coming.

Quite where it takes us will only become clear over the next few months, but we are undoubtedly in a better place than we were after that 2-0 defeat at the London Stadium on January 12.

I would say, bring on Palace, but I’ll refrain because we all know what pride comes before.

Instead, I’ll just leave you with…

S to the E@CanaryEllis·
21m