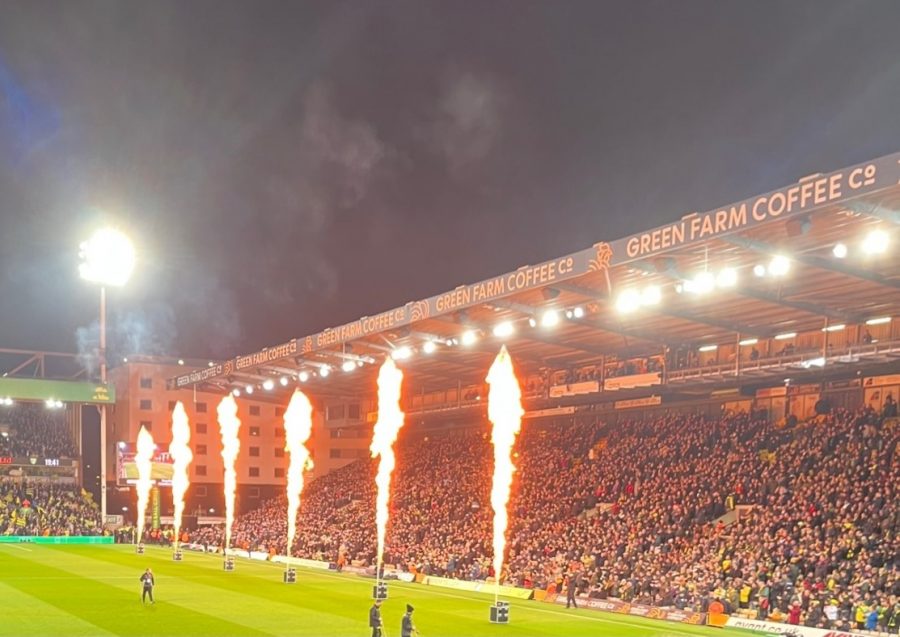 Lots of ifs. Including if Temmu Pukki has not taken a second touch from that square pass from Milot Rashica when offered what looked at the time to be a tap in.

But it was a point, and one of those that on the balance of play was one gained rather than two dropped.

Three wins on the spin had served to make us all a little giddy and it took something of a passing and possession masterclass from Palace to remind us of the gulf in quality between those of us at the bottom of the Premier League and those in mid-table.

That thing we once described as Farkeball was still in evidence last night but was played by those wearing blue and red. The formula developed by Dean Smith and Craig Shakespeare to give us at least a chance of competing is far removed from that but for all the right reasons.

Most of us, given the choice, would prefer the football to be beautiful but alas we have neither the quality nor the depth to play that way consistently at the top level. As Daniel found to his cost, ideology over pragmatism has no place in the Premier League when you have the smallest budget.

But, having said all of that, Smith and Shakespeare will still have wanted their players to take more care of the ball than they did last night.

Starting with the 4-4-2 that enables Adam Idah to play in the vicinity of Teemu Pukki may have paid dividends after 38 seconds, but for the 89 minutes plus injury time that followed, that two versus three match up in the middle of the pitch made for a tough watch.

In that scenario, the necessity to keep the ball is greater but so too is the degree of difficulty it takes to do so. Less margin for error, no room for a heavy first touch, fewer simple options available, less space in which to operate…

What it also needs is the ability to be able to spring effective counter-attacks when we do have the ball, and is where the first half differed from the second. We did look dangerous before the break.

The change of shape to a 4-3-3 late in the game helped to gain an element of control but for the first half of the second half, as Palace cranked up the pressure, it became almost impossible to get out, not helped by a propensity to cough up possession cheaply when granted a rare audience with the ball.

For all of his high-octane charging around and pointing, I dearly wish Kenny McLean could save some of that enthusiasm for finding a yellow shirt occasionally. But he’s far from alone.

Yet, despite having to defend for most of the game, the defence stood firm and, as Dean Smith was quick to highlight afterwards, were very good at denying Palace, despite their clever movement and slick passing, any clear sight of goal from inside the penalty box.

It’s clearly something that has been worked on very hard at Colney and is paying off. Even under the severest of pressure, we no longer get carved open at will. Hot-knife-through-butter syndrome that affected us so badly in the first half of the season, appears, for now at least, to have been addressed.

It will, of course, be tested to the very limit over the next two games.

Grant Hanley and Ben Gibson – the joint beating heart of this new, harder-to-beat Norwich City – will be asked questions on Saturday and Saturday week that they weren’t last night, but now the base is at least solid, even though in making it so other issues have popped up which also need addressing.

But any re-set had to start there. And if Palace (h) had been on the fixture list between August and December, does anyone out there believe we’d have snaffled a point out of last night’s game?

It depends on what we want from our team. If it’s for City to be aesthetically pleasing and silky smooth, then our recent departure under Dean Smith will not sit comfortably, but if it’s about winning games of football and picking up points, then it will.

There is, in there somewhere, the hard-to-find middle ground, where we win by playing well and attractively but it’s not something that tends to come to the fore in the epicentre of a relegation scrap.

We do though have the prospect of a fit-again Mathias Normann starting against Man City; something that in itself makes us better. So too a (hopefully) well again Josh Sargent who, with the best will in the world, will be an upgrade on the energetic but struggling Przemysław Płacheta.

So I remain hopeful that last night’s performance level was not a sign of things to come but instead a stepping stone from which we can improve.

For now though, with Man City and Liverpool incoming, we just need to draw on the new-found resilience and avoid one (or two) of those morale-sapping humpings.