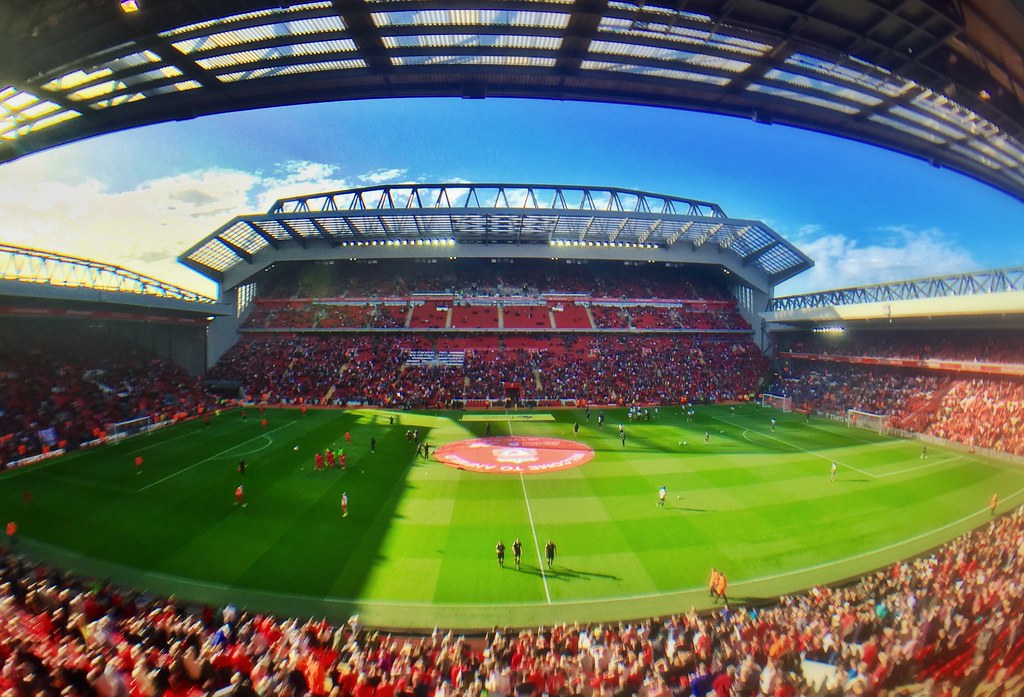 Following hard on the heels of our 4-0 defeat to Manchester City at the Carra, we now anticipate a visit to Anfield for an encounter with the mighty Reds of Liverpool tomorrow. It never rains but it pours, hey?

And after a visit from the Bees of Brentford – which takes on a “must-win” significance for me – we travel to Merseyside yet again to take on Jurgen Klopp’s men in the fifth round of the FA Cup. Four fixtures in a season against the same club isn’t unique of course but it’s quite unusual outside the SPL nevertheless.

To find out what the mood is like behind the Shankly gates, MFW has once again turned to the admirable Tony Evans, who is a columnist for The Independent, a former Football Editor of The Times, a contributor to talkSPORT and Five Live and is heavily involved with Reds website, The Anfield Wrap.

Tony is looking forward to Saturday and here is what he thinks:

“Well, Liverpool and Norwich will certainly have learned a lot about each other this season! This will be an interesting game as Dean Smith is far more pragmatic than Daniel Farke and Norwich now play in a different way. I’ll say what I’ve always said: we won’t change under Jurgen so you’ve got to try and stop us.

“Farke played far too open and the last two times we’ve played you there was no real attempt made to stop the two players who bring us our width, Andrew Robertson and Trent Alexander-Arnold. We’ll have to see how Dean Smith’s plan works out on the day. He’ll have an idea on how he will aim to stop us and that’s for sure.”

I am a long-time admirer of Mo Salah and was a little surprised when Tony said he’s sure to play on Saturday.

“Salah has such an effect and makes an impact by his off-ball movement alone.

“We’ll be a little bit mindful of the selection but Klopp says that trophies in the bag mean a lot to him and we’ve got a lot of irons in the fire. It’ll be a strong side for sure.” [“Irons in the fire” include the Premier League, Champions League, FA Cup and a Carabao Cup final against Chelsea: the full set – Martin]

So can you reel in City then?

“Sure we can. We’ve got a game in hand and we’ve still got to play them.

“Of course, we’re fighting on four fronts – but we’ll give it our best shot in every one of them.”

There was the small matter of a Champions League Quarter Final first leg against Inter on Wednesday night. Before the game Tony told us:

“Inter were the first foreign team I ever disliked – it all goes back to a match years ago when allegations of a bent ref were flying around. They have that *second club in a huge city* syndrome.

“It’s really important to be playing that away leg first so we can get them back to Anfield in front of our fans in the second, hopefully with a nice lead as well. We’ve got enough to get past them!” [And the match followed Tony’s script to perfection as the Reds duly won 2-0 with goals from Roberto Firmino and Mo Salah – Martin]

So the inevitable question mate. Can you see us staying up?

“I sure hope you do! Liverpool fans largely want you to stay up. You’re in that mini-league down there with Burnley, Watford, Newcastle and Everton. You’ve got the chance to get a clutch of points between now and April.

“Newcastle have bought badly. KieranTrippier was the best of them but he’s out for the foreseeable and I question the likes of Chris Wood and Dan Burn. The other couple I’ve barely heard of.” [Me neither – Martin].

Can you see us dragging anybody else into it?

“Yes. Brentford and Palace could slide down and maybe Leeds too. I’ve seen a bit of Brentford this season and they’ve not got much about them. Marcelo Bielsa has done okay with Leeds but I’m not sure he’ll be around for that much longer come the end of this season. It’s quite a long time at the same club for him”

As ever Tony and I concluded by discussing a bit of footy philosophy and his definition of what the game means to those supporters who are not merely “consumers” is more eloquent than mine so it should stand alone.

“It’s all about culture, belief and friendship. Football is a vehicle for all these things and goes far beyond the kicking of the ball itself.”

Many thanks as always to Tony Evans who will be back to speak with MFW before we play out the final meeting this season between the Reds and the Yellows, the FA Cup Fifth Round game at Anfield on Wednesday week.

UPDATE FROM DEAN SMITH’S 9am PRESS CONFERENCE THIS MORNING

It’s the usual mixed bag from Colney with the worst news being that young striker Adam Idah is out for the rest of the season following knee surgery on a torn meniscus.

That’s a huge blow, but Deano says there are others who can [and must] step up to the plate.

To balance that, Matias Normann is apparently ready for a start.

Back to the bad side of life, Lukas Rupp and Andrew Omobamidele [off to the back specialist once more] have been unable to train this week and are not available and Tim Krul is not expected back *for weeks* as he needs a further injection to his shoulder.

To the positive once more: Ozan Kabak has recovered from his unidentified illness and both he and Christos Tzolis showed up well in a midweek behind-closed-doors friendly, the very existence of which had been kept very quiet until now.

And still no update on Jacob Sorensen.