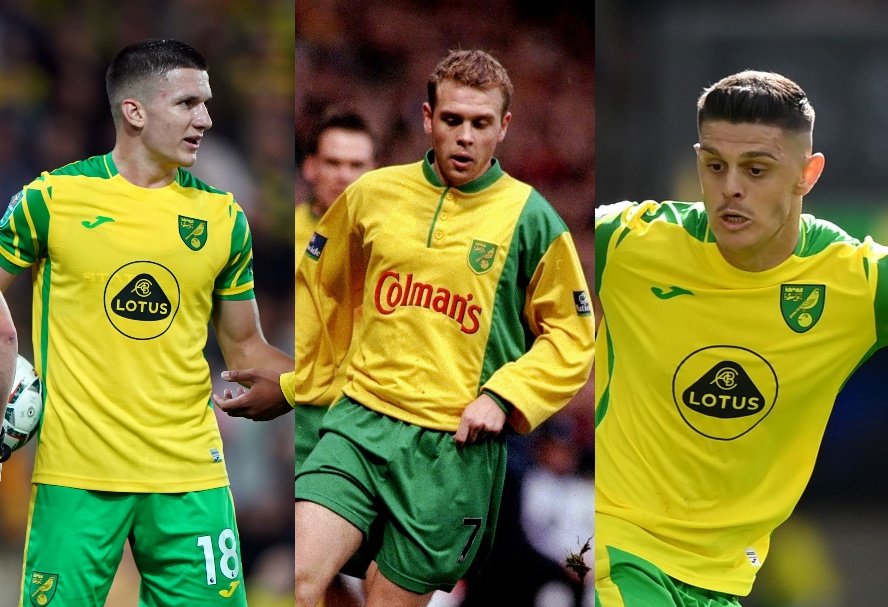 The fact that former City player Cedric Anselin has very recently been granted settled status allowing him to stay in the UK permanently has set my old thought train running down the tracks.

To be honest Cedric was never a star and debatably not really one of our stand-out recruits [courtesy of Bruce Rioch who signed him from Bordeaux all those years ago] but he was reliable when injury allowed during the short time he was with us.

Since his playing days, Cedric has become a prominent campaigner on behalf of male mental health and often contributes to Radio Norfolk with his appearances alongside Chris Goreham, just as Mark Rivers, Mark Walton and Gossy do equally effectively as well of course.

I once bumped into Cedric years ago and a nicer man you could not meet – he is just the type of guy every country should be proud to accept as a citizen. I claim to be apolitical, so I’ll save my views on Cedric’s particular situation until a tad later.***

But it kind of turned my attention to what it might be like for a new signing at a new club in a new country.

Right now NCFC have a rare old clutch of “foreign” players. Christos Tzolis and Dimi Giannoulis are Greek, Ozan Kabak is Turkish, Matias Normann is Norwegian, Teemu Pukki is Finnish, Milot Rashica is the first Kosovan to score a Premier League goal and Kenny McLean is rather obviously from Glasgow 😊

There have been so many others over the years as well, of course.

I thought I couldn’t get my head around exactly what these guys might be thinking on their arrival in East Anglia, which is hardly an area in which they are likely to meet fellow countrymen, but a chat yesterday morning with my next door neighbour in Norwich put it into some kind of perspective.

Zoltan and his wife Margrit are from Hungary. They moved here about five years ago and the first thing Zoltan and I spoke about was football. His English then wasn’t up to “hi mate how you doing” level but I learned on day one that he was a former amateur goalkeeper and followed Ferencvaros but his major love is ice hockey.

These days he swears like a trooper in fluent English and his command of the language has become excellent. I’d like to think I helped him a little bit along the way – no sniggering at the back from regular MFW readers, please.

I can also recall a surreal situation when I was selling a property in Llucmajor, Mallorca. Back then such transactions had to be approved face to face with the Abagado or Solicitor with both vendor and purchaser present. Rumours of brown envelopes are only partially true – a small bottle of decent brandy to be shared during the transaction proved totally acceptable on all sides.

Juan who bought the place spoke only Spanish and mine is poco pocito. The solicitor’s English was as dire as my Spanish so he and I communicated in schoolboy French with a translation for Juan. Job done the hard way, although most amicably.

So that’s what it could be like for these young footballers who arrive in this country. I know what a guardian, a centrocampista and a delantero are but I’m no linguist and there’s so much for these young guys to assimilate.

Yes, many of them have some understanding of English when they arrive but a few don’t and it must be so $odding difficult for them to get their heads around the culture change.

Then there’s the question of where they are living and how well they might get along with their neighbours, where to go on a non match-day evening and who with as well as navigating what to them might come across as an alien City. I know, I’ve done this from Paris to Dublin and Manheim to Madrid.

It ain’t easy, believe me.

So I guess we should cut a bit of slack for our *imports* as it’s not so easy to quickly become accustomed to your surroundings no matter how much you might earn, which is never the point under these circumstances.

Folks like Cedric Anselin settle down very quickly and very well, but not everybody copes with ex-patriation as well as him and the likes of Tim Krul or Alex Tettey.

Maybe sometimes the Canary nation expecting a foreign national to hit the ground running is a big old ask.

I’m pretty sure there’s a bit of the theatre about it but to this day Marcelo Bielsa never does his media duties without the services of his translator Andres Clavijo.

In any case, it’s a good illustration of how difficult it might be if you are temporarily a pescado out of agua.

*** I didn’t vote in the referendum but would have chosen remain without the continued presence of the ECoJ and the ECoHR.

Most Europeans I have met [and there is a quantative sample] would agree with me on that point I am sure.

That’s as political as I’ll ever get on MFW.