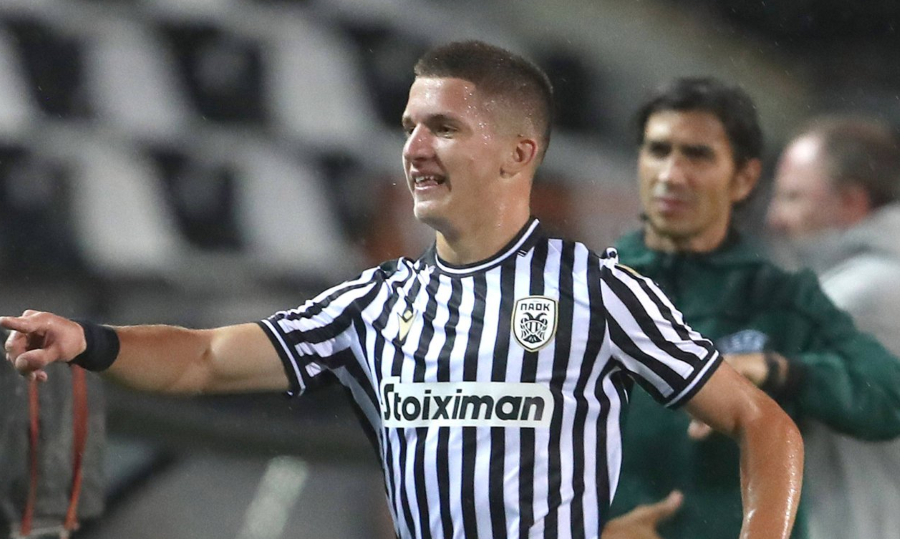 After an electric debut and a promising showing against Arsenal, Norwich City’s record signing finds himself playing for the club’s Under-23s.

In the summer of 2021, there was palpable excitement around the possibility of a variety of players signing for Norwich City. Considerable hype rose and died down around the potential arrivals of Kristofer Ajer and Josh King, while Mathias Normann and Ozan Kabak’s loans were met with great enthusiasm.

None of this was matched, however, by the excitement provided by City’s pursual of Christos Tzolis. Statistics were shared, journalists were nagged and YouTube compilation videos consulted, with the conclusion that the Greek could be the Emi Buendia replacement needed at Carrow Road.

Norwich Talk’s Ben Ambrose went as far as questioning whether Tzolis would be interested in joining the club, saying: “It’s a very, very exciting potential transfer. This is a guy who’s been linked with the likes of Manchester United and Borussia Dortmund, which might make a few people think twice about how realistic this signing is.”

If the fans wrapped up in this whirlwind romance had been told that six months later Tzolis would be unable to get into the matchday squad, they probably wouldn’t have bothered.

On Monday night the 20-year-old played 90 minutes at Villa Park, but instead of terrorising the likes of Lucas Digne and Matty Cash, he struggled to make an impact against Ben Chrisene- Aston Villa’s Under-23 left-back.

That a player who had at one stage been seen as a potential secret weapon and a bargain at £9million has spiralled so quickly into a youth player who may or may not end up having a real impact on the first team must be alarming for Stuart Webber.

The City sporting director put a lot of chips on Tzolis’ success when he spent a considerable portion of the club’s Premier League budget on him. This was supposed to be Norwich’s real tilt at survival after years of preparation, and if one player was going to cost almost a fifth of the budget it was imperative that they were a success.

With the Canaries 20th and survival looking increasingly unlikely, the blame is shifting in the direction of this recruitment, and the question around Tzolis has continued to be asked: how has this been allowed to happen?

The forward’s Norwich career started well. In trademark style Daniel Farke kept his powder dry until he felt Tzolis was absolutely ready, introducing him to the home crowd in a Carabao Cup meeting with Bournemouth. A brace and two assists followed, and the calls for Tzolis to be immediately called into a struggling league side came in droves.

The Greek then put in an impressive performance in a 1-0 defeat by Arsenal, when he looked dangerous on the rare occasions that City burst into the Gunners’ half.

After making only the bench in the following weekend’s loss to Watford, what looked like a real chance to impress came against a weakened Liverpool, once again in the Carabao Cup. As Tzolis walked out of the tunnel he was likely positive about his chances of breaking into the first team, but 45 minutes later it had turned into the nightmare scenario.

Brimming with confidence after the previous round’s successes, the then-teenager took a penalty away from appointed taker Adam Idah, proceeding to drive it down the middle and into Caoimhin Kelleher’s grateful legs. The score was 1-0 to Liverpool at this stage and finished 3-0.

Former head coach Daniel Farke did not hold back in his post-match press conference, opting to make an example of Tzolis publicly. “Believe me, after our conversation, it will never happen again,” he said. “It was a big mistake.”

The former Norwich boss claimed three days later that “after the game we had a few words and then everything’s okay,” but his ensuing team selections suggested otherwise. Tzolis didn’t start again for the German, limited to off-the-bench-cameos where he showed an undeniable drop in confidence.

He started early in Dean Smith’s tenure against Newcastle United but belief remained invisible in his play, and young academy forward Jon Rowe’s place ahead of him in the pecking order will add nothing in that department. Any impact Tzolis now has on Norwich’s survival campaign looks likely to be very minimal.

It’s worth noting that Webber stated in November that his £9million signing was one for the future, with hopes that he may prove an added bonus during the 2021/22 campaign. He told the PinkUn: “To expect Christos to be playing every week in the Premier League, he was not bought for that.

“He has incredible potential, and potential needs time to nurture itself. Can he come through and make a big impact this season? Yes, but that is not an expectation on him and the price tag on him is not his fault. That should not bring any more pressure on him.”

Even if that is the case, once again the timing of such a significant spend is called into question. Norwich sold Buendia with the intention of replacing him with quality in depth, and although Webber said in that same PinkUn interview that the Argentinian “[told us] very clearly he would not be playing for the club again,” this had always been the plan.

Now that the Canaries look more likely to be heading back to the Championship without a star man to get them out of it, that decision looks increasingly unwise, although only time tell whether Tzolis was worth the fee paid for him.

Unfortunately, it seems that time has already told that it was a poor window to invest in the Greek, and that his stuttering start has only exacerbated the problem.