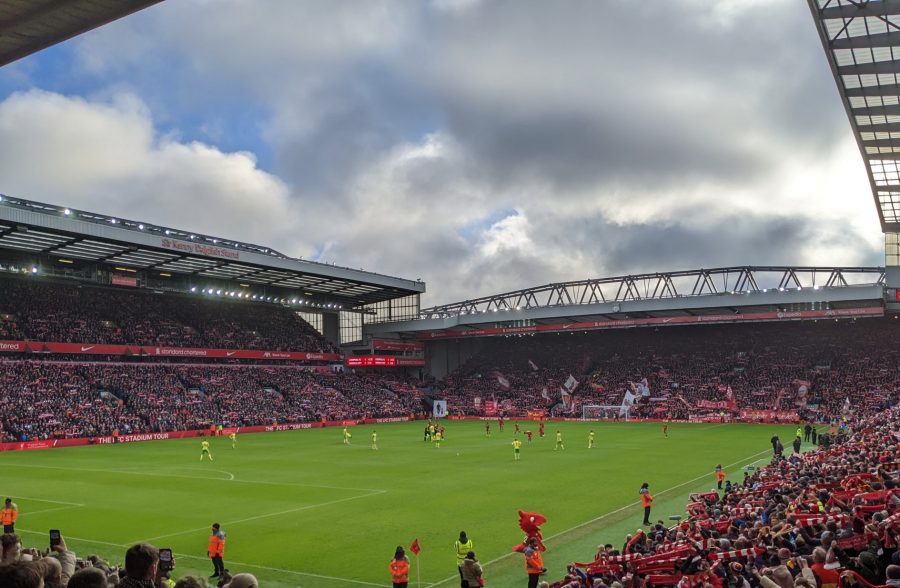 Here we go [to Anfield] again. Yes, and this time around it’s to face a Liverpool side buoyed by their quite astonishing Carabao Cup Final win over Chelsea 11-10 after penalties. Me? I’d have preferred a replay but currently, worldwide television scheduling rules out anything of a traditional nature so penalties to decide the contest it was. Not a bad game for a 0-0 for those of us who watched it.

Inevitably and fortunately it gave me yet another chance to speak with Tony Evans, who is a columnist for The Independent, a former Football Editor of The Times, a contributor to talkSPORT and Five Live and is heavily involved with Reds website, The Anfield Wrap.

As always, Tony and I enjoyed a good old natter about the state of the game in general, but in the meantime, I wondered how the triumph would affect Jurgen Klopp’s reasoning for Wednesday.

MP: Surely Jurgen might rest a few players against us on Wednesday?

TE: Once you’ve got the sniff of silverware you want more. We’ve got a decent squad and we might not put out our very strongest side but it will be pretty damn strong. Alisson does not like being on the bench so will be hungry for a start although there is a chance that Klopp might play Caoimhin Kelleher over Allison in goal. We’re pretty much secure with either of them.

MP: What hope could we might expect to have tomorrow night?

TE: Last time you were here you played really well for an hour or so. Had Teemu Pukki have taken one or two chances it could have been different. But we are so good going forward that when the dam breaks***  we can cause major problems. But it’s not a foregone conclusion by any means. All I will add is that while shocks can happen, class will prevail [cheers mate, Martin]

MP: Is a shock likely – after all, you’ve one trophy won and have the three biggies to fight for.

TE: The ones we really want are the Premier League title and the Champions League – that would be the best of the lot – but that doesn’t mean we won’t be doing our utmost in the FA Cup. All four can be done but when I look back to the days of ourselves, Forest and Villa hoovering up European Cups I can see that it’s changed. It seems to be just ourselves and Man City at the moment.

MP: Care to add to that Tony?

TE: Yeah. Back in the 1980s we always wanted to win the League Cup in order to “get a trophy in the locker early”. I’m pretty sure Jurgen Klopp and the entire squad will be pleased with the recent achievement.

As ever Tony and I also discussed a bit of footy philosophy, which proved that no matter where we are born or bred there are several things we all have in common. Over to Tony:

” I feel a bit sorry for what we would both call the ‘TV generation’ and some of them have never even been to a real live match. I remember getting on a train on my own and by the end of the journey, I had made some new friends.

“It’s just like a communal expression of identity I suppose – I realised I was a Liverpool fan before I knew what my name was. It’s the same for you guys in Norwich and everywhere else – kind of like an accident of birth I guess.

“Places I’ve been, adventures I’ve had, they will always stay with me. Whoever you support, football is a major part of your life. It becomes part of something you believe in forever.”

We disagreed on one point.

Tony reckoned that after a couple of post-match beers a loss is forgotten and the conversation quickly turns in another direction.

As I’m a bit of a home bird I get home as quickly as I can after a Saturday match and have been known to have the ar$ehole until Monday morning. I still feel that way, unfortunately.

We also discussed a bit of Liverpudlian social history which interests me as I worked in Huyton, Liverpool, for some time.

Tony ended with: “Despite what she claims Nadine Dorries cannot be a scouser as she is a Conservative.*

I know what he means and I hope you good MFW readers do as well.