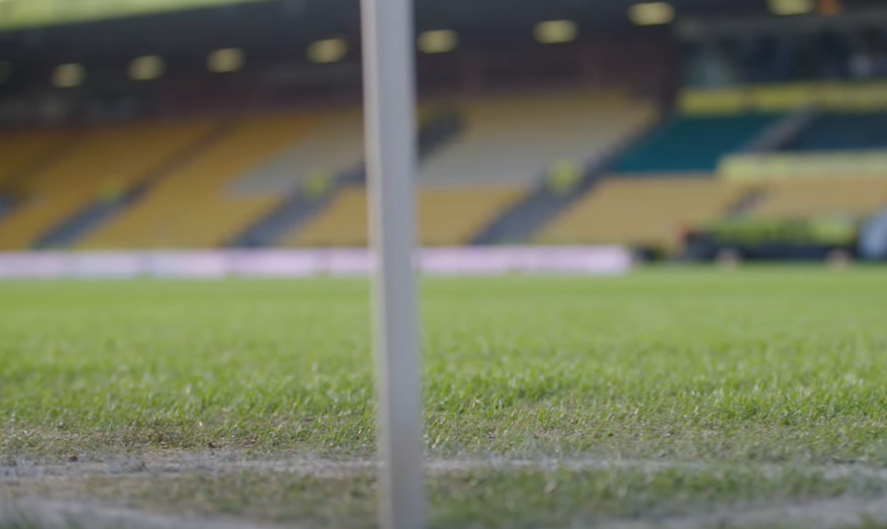 So here we are, at the real sharp end of the season. It really is now or never if City are going to make a last desperate flail at the Premier League.

We’re playing understandably uninspiring football as Dean Smith does what he can to wring every last drop of potential from a threadbare squad of players he didn’t have any say in recruiting.

Our team ethos right now is very much “take each game as it comes” and whatever formation or tactic best suits the opposition we adopt. It’s mostly awful to watch but Smith has to play the cards he’s been dealt, and he’s doing as good a job as anyone could expect with the dog-eared pack he’s inherited.

The reason there is a frisson of expectation going into Saturday is that Brentford are in freefall. From a promising start to the season they’ve collapsed to one draw and seven defeats in their last eight games.

While it’s not uncommon for newly-promoted sides to drop away in the latter half of the season, Brentford are really struggling. What would be most uncommon of all would be if Norwich could take advantage of the opportunity.

In their last match at home to Newcastle, the Bees abandoned their traditional 3-5-2 for a 4-3-3 and it will be interesting to see whether Thomas Frank looks to go on the front foot once more at Carrow Road.

I would expect him to have possibly targeted Newcastle and ourselves as games where a more advanced style might pay dividends, and where the trade-off for defensive solidity might not be punished.

After some enforced chopping and changing of the goalkeeping position, David Raya is once more back between the sticks. We know he has a mistake or two in him on occasion but equally, he could pull a worldy out on the day, so we’re asking Lady Luck to help us out there.

At centre-back, former Leeds whinger Pontus Jansson is still plodding about, with elongated-spider Ethan Pinnock using his Go-Go-Gadget legs to cover beside him. In a three, Kristoffer Ajer, the man who came so close to signing for City in the summer would be the third option, although he switched to right-back against Newcastle.

The other player who has had some recent minutes at centre-back is Mads Bech Sorensen, a fellow Dane, and a poor man’s Lungi.

At left-back, or left-wing-back, Rico Henry will be the starter and we know from previous seasons how effective he can be. Whether he’ll fancy getting jumped all over by Sargent is another matter. Probably worth a go.

If they play a straight right back, I’d expect Ajer to be the man. If they go back to a wing-back, it will be between Sergi Canos, the forgotten man of Carrow Road, or another Dane, Mads Roerslev.

With Roerslev the more defensively minded of the two, the balance might swing towards him bearing in mind the threat of Milot Rashica, although Canos’s attacking ability may be the compromise of Frank reverting back to his more conservative 3-5-2.

In midfield, the three is usually anchored by Danish international’s Christian Norgaard and Mathias Jensen, who are more often than not joined by the German efficiency of Vitaly Janelt. Other players who have had recent minutes in the engine room are the technically-gifted Josh DaSilva, inconsistent Nigerian international Frank Onyeka, and box-to-box player Shandon Baptiste.

Brentford’s is a midfield built on energy and physicality with short effective passing, but they lack a little in the way of creativity. However, there is a potential answer in the form of Christian Eriksen who has exactly the skills they need in this area.

While it would be wonderful to see him at Carrow Road, it may be too soon to see him start as he eases back into the game. That may also be a blessing for us as it makes Brentford considerably more predictable to play against and less of a threat.

With Ivan “F*** Brentford” Toney out injured, Bryan Mbuemo has become the attacking focal point, and predictably, Brentford have found goals hard to come by as a result. Alongside him, Congolese forward Yoane Wissa has been the main beneficiary of extra starts and minutes alongside Mbuemo, with Canos and DaSilva having also spent some time in the advanced positions.

Make no mistake, Brentford are in a real spiral, and a good team would capitalise on their situation. If we have any hopes of staying up we have to take this opportunity.

The alternative is that a team who’ve lost seven of the last eight, have their talismanic striker out, and who look bereft of confidence and creativity rock up to Carrow Road for an “along came Norwich” moment and take away a point or three.

That should be unthinkable, but we’ve all seen this film a few too many times before not to expect it.

In Smith We Trust.