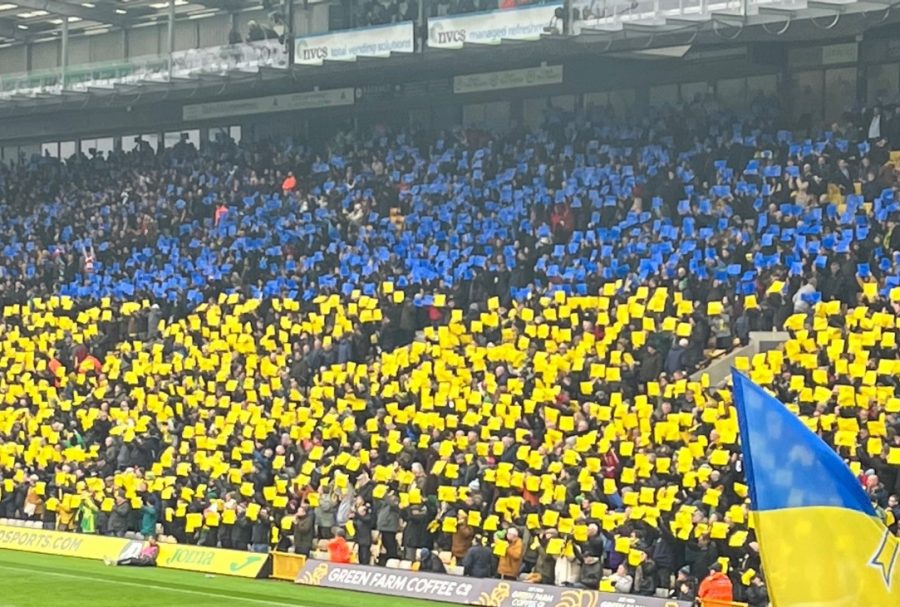 And the horror shows keep on coming…

Getting tonked by Man City and being plucky losers against Liverpool is disappointing, albeit par for the course, but getting stuffed at home by a relegation rival who, prior to the game, had been in freefall is taking it to another level.

To perform so poorly in a game that was deemed must-win is unforgivable.

Yet it’s something in which we specialize when we’re in the Premier League. When crunch time arrives we either freeze or implode. If it’s possible to do both, we do that too.

Yesterday’s disaster was multi-faceted and we can talk all day about odd team selections, under-performing players, VAR and erratic officialdom, but when it’s boiled down we’re just simply not good enough.

We lack quality, we lack speed, we lack strength, we lack physique, we lack dynamism and, perhaps most important of all, we lack mental fortitude.

And it’s not something new. All of these things are missing every single time we manage to escape the clutches of the Championship via the preferred method.

And why? I think we know why.

We tell ourselves that our self-funded way is the right way (and it is) but when the other 19 teams disagree you find yourself the outlier. And we’re certainly that. Completely out on a limb.

The derision that comes flooding in from all angles is, of course, ridiculous and unfair when you’re trying to do it in a way that if followed elsewhere would make football better and fairer, but when the game as a whole refuses to play ball you’re left in a creek and paddle-less. We can’t change football on our own.

So it’s a debate that won’t go away.

Well, it probably would go away if, under the guise of self-financing, we showed ourselves to at least be in with a chance of surviving in the Premier League in any given season. But we don’t.

Mathematically, we still have a chance of survival this season but who genuinely believes it? And, let’s be honest, if we were to pull off a miracle, it would be in spite of being self-financed, not because of it.

‘But we spent nearly £50 million in the summer and were among the biggest spenders in Europe.’

All true, but the bulk of that spend was financed by us selling our best player – probably the only one who had the quality to play consistently at the top level. Without the sale of Emi Buendia, we would have had £15 million to play with – tops.

Equally, we would also have been a better team with Emi in it, although that was never going to be possible given his stated desire to leave. But the point remains – our net spend in the summer was derisory in Premier League terms.

We had and have no choice.

It’s derisory because we operate in that real-world scenario of having to live within our means – that simple but noble concept that ultimately puts this club at a huge disadvantage when competing against every other top-tier club.

As I said, in our dreams every club would be run on this same basis and the playing field would be that little bit more even, given that running a tight ship would be a key component in being a successful football club. But only in our dreams.

For what it’s worth, I also dream of club ownership in this country replicating the German 50+1 model, where fans always have the majority of voting right pertaining to their club – commercial investors, therefore, having a maximum of a 49 percent stake. But that’s an article for another day.

In the here and now, our desire to be self-sufficient – however ideologically sound and worthy it may appear – leaves us with a massive hill to climb to even get close to our competitors even before a ball has been kicked.

Worth noting is that we don’t find ourselves in this position because our mission statement includes a stated aim to be football’s trailblazers. We’re not doing it because we want to lead English football back to a more righteous path.

We’re self-funded because we have no choice.

Our owners, lovely people that they are, are in Delia’s own words, “poor millionaires” and simply don’t have the financial oomph to significantly bolster the club’s finances. And no one expects them to.

It’s their hard-earned money and they do with it as they wish. Along the way, they have loaned the club money at various pinch-points – all of which has now been repaid.

But it has become clearer and more evident with each failing Premier League campaign that we are pursuing a model that, in this current climate, simply does not work.

For most of the season, we have looked horribly out of our depth. Along the way, there have been horror shows aplenty and far too many games where we have been hard pushed to even come second. It’s been joyless and, as ever, comes down to the squad lacking both quality and depth.

There’s no way of knowing for sure if Stuart Webber’s A-list of summer transfer targets, which included Kristoffer Ajer and Philip Billing, would have made us better but to have lost out due to being unable to match the wages or transfer fees offered by others immediately left us playing catch up.

A more substantial transfer pot means potentially higher quality targets in the first place but also helps to get deals over the line when you find yourself in competition with others.

As things stand, Webber has to work miracles to try and convince players that Norwich City is the destination for them when, potentially, they can earn more elsewhere. The same applies to transfer fees and us having zero flexibility when trying to arm wrestle over the services of a player.

Those with the deeper pockets win the day virtually every single time while little old Norwich has to make do with what feels like scraps. In January, we couldn’t even deal in scraps. Even before Adam Idah’s unfortunate injury, it was clear the squad was crying out for a viable alternative to Teemu Pukki.

But that wasn’t an option – the cupboard was bare.

Well, it feels like we’ve made do with scraps for long enough.

Delia and Michael clearly care passionately about this football club – they’re fans just like the rest of us – but they’re also the club’s custodians who have taken on the responsibility of ensuring it is the best it can possibly be.

They now have to ask themselves if they genuinely believe there is no one else out there who, as owner(s) or significant investors, could help make this club better and be more competitive.

During their ill-advised interview with Henry Winter in The Times back in 2016, they declared they would “never sell”.

Quote: “The supporters will be very disappointed to hear that. But no way will we sell. We don’t even listen to any enquiries.”

At the time that sounded pretty emphatic.

Since then the mood has shifted slightly, albeit at last November’s AGM the official line was that the club wasn’t actively seeking investment from third parties while admitting it had received numerous enquiries.

In the words of finance director Anthony Richens; “A lot of them [enquiries] aren’t credible but any that we believe are credible or for consideration, we, of course, pass to Michael and Delia.”

And it was left there.

I suspect Delia and Michael find valid reasons to reject every single one, not least because the plan remains – as far as I’m aware – to hand the reins and the shares over to nephew Tom when the time comes.

All of which has status quo scrawled all over it. And no, I don’t refer to Francis Rossi.

The counter-argument to all of this is obvious and particularly pertinent now as we evaluate the cost and ease with which dodgy foreign money has infiltrated both the City of London and the game of football, but with the help of some forensic due diligence, I refuse to believe that every single proposal that lands on Michael’s desk is iffy.

As Leicester City, Wolves and Aston Villa can testify, there are some good potential owners out there who can take a middling, top 26-type club, and help it smash through the glass ceiling that comes with being self-financed. Yes, I also know there are plenty of examples of very bad owners.

I’ve attempted to word this carefully because I’ve been here before and ended up falling out with folk I like and admire, but in the same way this subject just won’t go away, neither will the fact this club blows every chance it has to stay beyond one season in the Premier League.

Fresh investment or new ownership comes with risks and no guarantees, and there’s always a relegation battle just around the corner when you’re Norwich City in the top flight, but it would be nice, just for once, to enter said battle without requiring a water-to-wine miracle to get 17th or better.

To start a PL season without being at a massive disadvantage before a ball has even been kicked would enable a change in mindset – one far removed from the little unfortunate Norwich tone that leads to almost weekly ridicule from the wider media.

I’m tired of us morphing into the hapless blo.ody Washington Generals whenever we face the Harlem Globetrotters of the top six. And tired of watching us being out-played, out-fought and out-muscled when up against mid-table sides like Southampton, and relegation rivals like Brentford.

And I don’t want us to just ‘suck it up’ or ‘take it on the chin’ when we get relegated again on the basis of it being more fun in the Championship. It’s only fun because we win more games and we compete at the top of the table. We should look no further than to West Brom to see that yo-yoing eventually comes to an end.

Then what happens when we get subsumed in the heart of the Championship battle and find ourselves scrapping in mid-table. And then when selling an academy gem isn’t sufficient to plug the inevitable financial black hole?

I don’t have answers I’m afraid, only questions, but I do think it’s time that, at the very least, Michael and Delia give one of two of the more viable offers a second read.

I believe the supporters are owed that much.

If you disagree and are content with this model, then fair play. I respect that.

But I’m not alone…