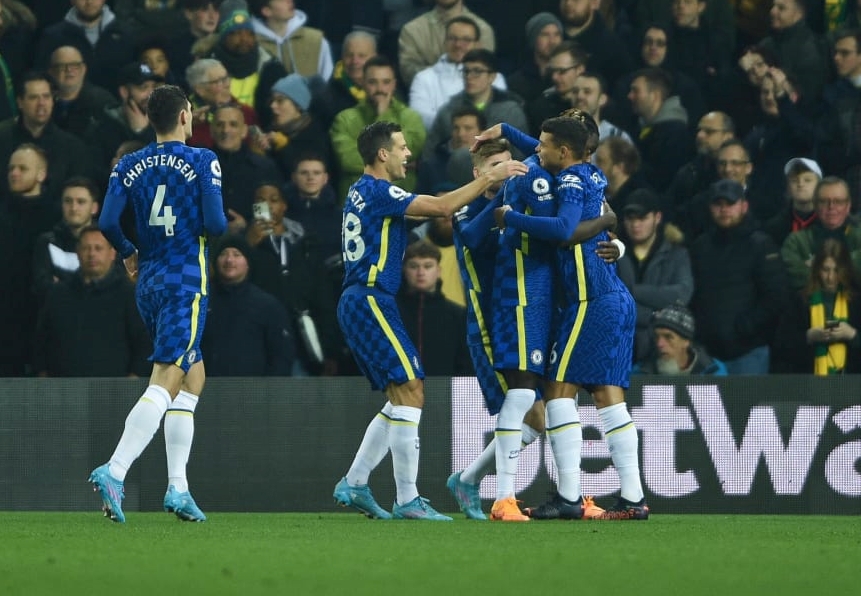 As regular MFW readers will know I struggle to go to night matches these days, and especially when they are rearranged at relatively short notice to accommodate the likes of Chelsea who as I write are still part of the *elite*.

For how long this bunch of erstwhile rich kids*** will remain in this elevated position I do not know but I honestly cannot remember the last time we played on a Thursday night. I’m sure there’s somebody out there who can remind me.

MFW regular Don Harold took my place in the Upper Barclay, and this is what he had to say:

“The first half was as bad as it’s ever been. I’m all for trying new formations, but it looked like the team had never practiced together and collectively seemed unaware of what their jobs were. Butter provides more resistance to a hot knife than Norwich did against a rampant Chelski and we were very lucky it was only two at halftime.

“The second half was amazing. The changes in personnel and formation resulted in the best and most unexpected performance I have seen from City in the Prem for so long I can’t remember. Chelski seemed to be stunned by the changes and were lucky to maintain their lead. Until N’Golo Kante came on and oozed class.

“In the 80s, the areas around Sanctioned Bridge resembled a recruiting drive for the National Front. I despised their fans then and their behaviour last night reaffirmed my feelings. It wasn’t a minority cheering Abramovich and I’m glad that many of them won’t be able to watch their team for, hopefully, a long time.”

“Looks like Newcastle are staying up and it’s between Leeds, Burnley and Everton as to who comes down with us and Watford. *Big Sam Hodgson’s* magic touch seems to have deserted him!”

Yet again results around us were reasonably favourable but I think we’ve gone past that as a consideration in all honesty.

Fortunately, Teemu Pukki disagrees with me:

“It is a big game on Sunday, so we need to take the self-confidence from the second half. I think we showed that we can play on this level and we have what it takes. We just need to do that for the 90 minutes on Sunday.

“Now I have scored a couple of goals in two games. That is a good thing and going forward it gives me confidence and it is easier to go to the Leeds game after a couple of goals. I hope I can help the team again with a goal on Sunday.

“It is hard if you concede two goals in the opening 15 minutes. I think second half we gave ourselves a chance to come back into the game and we had some chances, but we could not get the two-two goal and they are a quality team so they got the last goal.”

Maybe some of our readers feel that we might yet survive but two of us who don’t are Don H and myself, who when he returned the season ticket agreed that there are no more *must-win* matches left and that we should get ready to prepare for life in the Championship.

What we said about Chelsea and some of their supporters will remain between us as MFW quite rightly doesn’t encourage profanity.

***I’m not normally one to wish ill on anybody but I will be watching with great interest what happens to particular this bunch of: