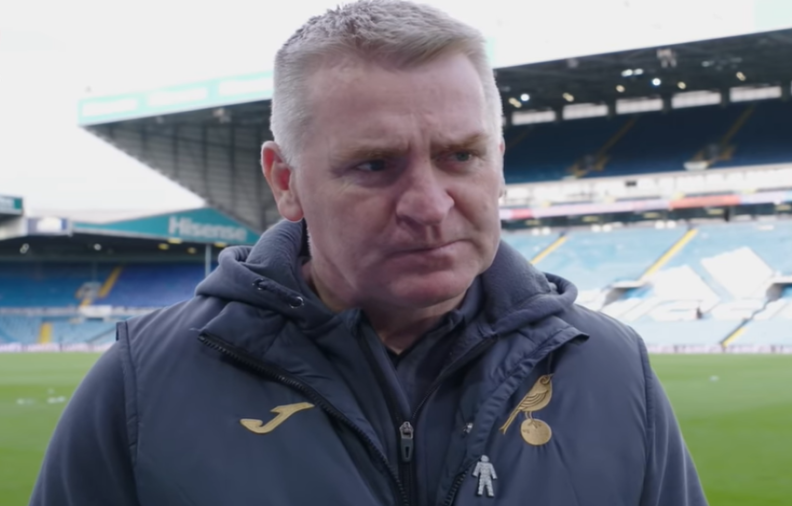 And so the defeats just keep on coming.

If we didn’t realise it before now, yesterday’s defeat confirmed that we are indeed in the midst of Project Restart Mark II. The target now – and forget any daft notions of survival – must be to break the 21-point barrier, and make this only our second-worst ever Premier League campaign.

We had one yesterday, triggered by the introduction of the excellent Jon Rowe.

But it shouldn’t need the introduction of a fearless 18-year-old to spring this group into some belated life. There should be enough in this squad, however low on quality it may be, to play with fight, passion and energy, especially against opponents who themselves are short of confidence and belief.

Instead, we have found ourselves outplayed over consecutive weekends by teams identified as being potential targets who could yet be dragged into the relegation scrap.

As Simon put it, this really is peak Norwich City. As some really quite poor teams around us flounder, we still manage to be the worst of the bunch.

Yesterday, despite being thoroughly outplayed for at least 70 of the 90 minutes we somehow, from somewhere, gave ourselves a chance of earning a point. Hell, such was the swing in momentum when Kenny McLean swept in Teemu Pukki’s fine low cross, we even convinced ourselves that there was a chance of an unlikely win.

And the goal that won it…

How the hell does Ben Gibson – all 6ft of him – lose out in an absolutely critical aerial challenge to all 5 feet 7 inches of Joe Gelhardt?

And then how the hell does Brandon Williams get so easily brushed aside by Raphinha in what was a must-win challenge?

Yet there was something so Norwich City about giving away that soft goal and the way we snatched defeat from the jaws of a potential victory, or at least a point.

We may have a trio of Scotsmen in our ranks – albeit one was absent yesterday – but the Bravehearts are very few and far between. In this squad, the lily-livered outnumber the heroes.

We, of course, came out of the wrong end of some 50/50 officialdom both on the pitch and in Stockley Park yesterday, and it is indeed tiring, but that’s not why we’re bottom of the table and heading at breakneck speed back to the Championship.

Neither are we welcome in the Premier League, but that in itself is not why we capitulate so regularly. In fact, it would be rather nice to use that feeling of being unwelcome guests at a swish party to hang around for a bit and get under the skin of a few of the toffs.

But we’re not good enough to do that either. Miles away from being good enough.

I’ll steer clear (for now) around why ultimately this squad is not good enough because that earned me a right old bruising last week – dissent around the club’s owners is, it seems, very quickly shut down – but there’s no escaping the fact the summer recruitment was little short of disastrous.

We have somehow ended up with a squad and starting XI that’s weaker than the one we won promotion with last season. A couple of the loan players have had their moments, but it’s hard to see how any of them have made us better.

For all his undoubted energy and grit, has Williams added any more quality down that left side that Giannoulis wouldn’t have? I certainly know which one is the better player when we’re on the front foot.

And for all the class and promise shown by Normann in those few pre-op games, we’ve seen a very different player since he’s returned. A fitness/form issue maybe, but he’s offered little in the last few games.

Gilmour aand Kabak have both, in different ways, been car crashes.

And of the permanent signings, only Rashica has looked like he could eventually become a Premier League regular. The rest look like Championship players.

All in all, it’s a proper ol’ mess and those from outside the club who have described us as ’embarrassing’ are partly right. Our performances have been.

I just find that tough to take from the same mouths that then go on to laud Chelsea’s success and the miraculous £85-million-funded turnaround at St James’ Park.

So, we just find ourselves in this state of footballing purgatory – unable and unwilling for, all the right reasons, to allow this club to fall into the hands of someone or something of obscene wealth, while being also totally ill-equipped to contest football games in the top flight because we’re so poorly funded.

Quite how that circle is ever squared, I have absolutely no idea. It probably isn’t.

In the short term… Championship here we come.