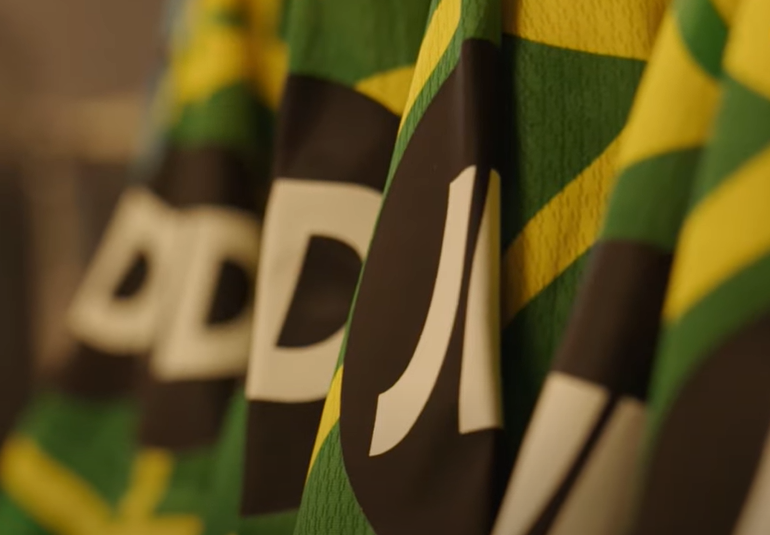 After yet another Premier League capitulation none of us really wants to look forward to the next few games, so let’s just take a wild stab in the dark and assume we’ll finish up the season with more beatings than Basil Fawlty’s car and leave it at that.

Let’s instead look to the summer. What to do with the players we have. And no, we can’t run our own version of The Hunger Games or The Purge.

But one thing I think we all agree on is that seismic change is required.

The last time we came down there was the sense that if we kept a few key cornerstones like Emi Buendia, Teemu Pukki and Max Aarons, coupled with trusted leaders like Tim Krul and Grant Hanley, we’d have a good shot at going back up, and so it proved.

This time around I think we’re all a lot less optimistic, and that’s without having yet sat through the dying embers of another torrid season. This is a summer window that requires revolution, not evolution.

Balanced against that is practicality. As much as we can all take a look at our squad list and say “Get rid, get rid, get rid” to 90 per cent of those who have disappointed and underperformed, to move them on would require another club to be interested, and I’m guessing we’re not going to be fighting off offers left, right and centre.

Neither are we going to have a massive war chest to buy replacements, unless we manage to sell the one or two assets we do still have that possess value in the market.

So I’m going to have a stab at what I’d suggest, by breaking the players into groups. Feel free to disagree (I’m sure you will).

Easy start, all returned to sender. At one point I thought that even if we did go down, £11m on Normann – if it could have been rustled up – might have been a potentially profitable investment whilst we have the inside track of an option to buy, but that seems a long time and a loss of form ago now.

I love Max, but he needs a fresh start and we’ve held him back too long. Probably our biggest remaining asset and we could do with the cash, although it won’t be anywhere near what we could have got for him a couple of years ago.

Cantwell’s option will hopefully be picked up by Bournemouth. If not, I struggle to see a scenario where he turns out for City again, so Stuart Webber needs to make a move happen.

The others are obvious releases. Rupp isn’t a bad player at all but at the end of his contract I question whether he’s part of the future or just getting in the way of young players coming through. Harsh maybe, but I wouldn’t renew.

In an ideal world, I’d like us to find new homes for all of these players. In reality, a lot will still remain and may well do well in the Championship but for varying reasons, I’d like to sweep them away.

Gibson can obviously still do a job in the Championship, but he shouldn’t be starting over Andrew Omobamidele and neither should he be on a Championship bench earning the wages we are paying him. If we can find a taker get him off the wage bill.

Placheta, Dowell and McAlear are just not good enough. Hugill still needs a forever home with a team that plays to his strengths, and that won’t be us.

Giannoulis would be the obvious starter at left-back, except for the fact that other clubs abroad covet him. We can recoup some of what we paid for him, and we have a ready-made Championship-quality left-back already in the building in Sam McCallum. Could well be one of Webber’s easier bits of business to do.

Tzolis is another who may not prove difficult to move on. He may still have admirers on the continent who will like the idea of purchasing his promise at a young age at a much-reduced cost to the one we forked out a year ago. I can’t imagine the physicality of Rotherham away, for example, is going to mesh with his skill set, so if we could get a halfway decent offer I’d grab it enthusiastically.

Lees-Melou, like Rupp, and indeed any of our midfielders, isn’t a bad player, but after being here a season I couldn’t tell you what role he actually fulfills. We have a collection of reasonable footballers who are neither defensively solid or creative. If we can get a reasonable offer I’d move PLM on for a younger, cheaper option that can provide more at one end of the park or the other, rather than be below average at both.

McLean has won the Championship twice. While he isn’t the root of all that’s wrong with us in the way that some believe, we’ve clearly reached a point where Kenny is more a part of the problem than the solution. The criticism he receives won’t be lost on him, and he looks jaded. The feeling persists that he’s a player that can tick along when things are going well but folds like a red hot Mars bar when things get tricky. If we can find a new home it would be best all round. I suspect that won’t be easy though.

Sargent, like Tzolis and Giannoulis, may retain some of the market value he had a year ago and so now would be the best time to cash that in. While he might be worth more at his level, in the Championship his value will diminish and we should cut our losses on a player that we shouldn’t realistically consider taking into the PL again.

Idah is possibly the most controversial name on the list. For years he’s been seen as the next big thing from the academy and scored for fun at all levels below first team. Highly regarded by many in the game, he earned rave reviews on Match of the Day for his performance against Everton earlier in the season.

So why let him go?

Simply because I think the hype is disproportionate to the ability level. I think if you look at his touch, his awareness and his finishing it’s not that of a Premier League player, and I don’t think it’s at Championship level either. There is interest in him from Championship clubs though, and if we could get a few million for him, I think we could replace with better quality for less than we could potentially get.

I see no future where he scores goals for us in the PL or even comfortably holds down a starting spot as our striker in either league.

Retain while we are in the Championship only

For various reasons I think these players could do a job for us in the Championship if needed and wouldn’t be bad to have around the place.

We know how versatile Sorensen is, and what a good lad also, and there’s probably no great resale value, so I’d keep him in the group. Similarly, Zimbo may not have the pace and mobility to mark the Salah’s and Mane’s of this world but he can cope with whatever the Championship can throw at him, and he’s a leader and a maintainer of high standards on and off the pitch.

Onel loves it here, we all love him, and although his end product might not be enough for the PL, we need his character and drive. Sinani and Bushiri are both on loan with options to buy so it depends on whether Hibs or Huddersfield want to keep them. But if not, I think both have done well enough to suggest that Dean Smith should at least have the chance to cast his eye over them.

The one department that we have in full working order is the goalkeepers. Andy Hughes will have his work cut out finding a home for the younger ones for next season but we have a good variety of options both experienced and less, queuing up to prove their worth. Whether we can afford to keep two valuable keepers in Krul and Gunn on the books next season is a question for the club to mull over, but either way, the goalkeeping department is fine.

Like Krul, the question with Hanley will be, does he have the fight for a third promotion push, having suffered another top-flight annus-horriblis? I don’t see that enormous 50p head dropping any time soon to be fair. I think both of the above are leaders and winners and will be more of a positive force in this league than we could hope to find elsewhere.

Omobamidele, Rowe, Mumba and McCallum are the future that is here now. They need to be embedded in the first team in August as they’re ready for Championship football.

Tomkinson, Clarke, Gibbs, Riley, Springett, Kamara, Dickson-Peters, Adshead and Dennis are all coming through nicely and should be in and around the first-team squad in pre-season. While I wouldn’t expect any of them to be ready to step up as regular starters, they should start to get some minutes from the bench or to go out on loan.

Byram is a fantastic defender, who, because of his injury history, you can’t really plan around having as a regular starter. If he becomes one, excellent, but he’s a nice option to have as you never know if he’ll be available, and you always have to have Plans B and C ready. With his ability to cover both full-back positions though, he’s a great option to have.

Rashica is the biggest unknown. Clearly too good for the Championship, two top-flight relegations in two seasons may put some potential buyers off and may persuade him that a season at a lower level where he can enjoy his football again might be more enjoyable than finding another new home.

Obviously, we’d love to keep Rashica but other than Aarons he’s the only valuable asset we have, so the right offer would have to be considered to help fund the rebuild.

Josh Martin clearly has talent, and if he can get his head right I can see a player that Dean Smith would enjoy working with. Could be a forgotten star to light us up.

I’ve seen plenty of people on social media suggesting that Pukki is done. While the end is approaching at his age, 53 goals in 84 Championship games isn’t something you can just replace without having a spare £20m in your pocket these days, which we don’t.

Dean Smith will find ways to get him chances and at Championship level, he’s lethal. We should look to add competition though, with the future in mind.

I think that while we have viable options in goal, in defence generally and on the wings, we need a huge overhaul in midfield, especially addressing the lack of a proper defensive midfielder (or two), and more competition for Pukki up front.

If we can bring through youngsters to do that, great, but I’m not sure we have the right options at quite the right level yet, so we may have to look outside.

It’s going to be a summer where the outgoings will have to happen first for us to afford some incoming, so brace yourself for a long window and plenty of stress.

So glad we made it to Canada 2.5 years later! Even happier I missed the #ncfc v Spurs game. Now what's this re a takeover??

Part of me thinks this investment will end up not happening, however the fact they were at the Spurs game means they're obviously serious about the whole thing. By all accounts he seems a decent person which is undoubtedly why Delia is considering his money. #NCFC