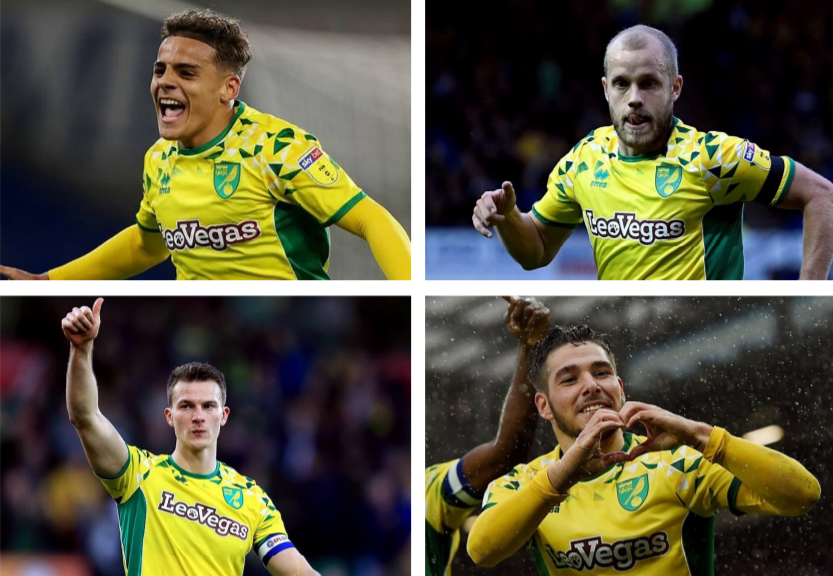 Let’s face it, most of us Canary supporters are down in the dumps right now as many of us feel like we’ve been befuddled, bemused and even downright cheated at the extreme end of the emotional scale as this season’s non-events have unfolded.

We have been left with a squad within which there is no constituent member to love rather than tolerate. That extends to the ownership and management as well of course.

Can it really only be a few years ago that many of us gathered outside City Hall to watch Kenny McLean temporarily “borrow” the Town Crier’s tricorn hat and announcement bell with a bottle of MD 20/20 in his free hand?

In just a short period of time, Kenny has lost a fair bit of the love so many of us had for him on that day. Right now many Norwich supporters [not me, to be fair] groan when his name seems to be first on the teamsheet.

But right now Kenny remains with us as does Tim Krul, who has an admirable streak of character within him. Grant Hanley surely demands respect from all of us too, although I don’t see him doing stand-up any more than I could.

As for the rest, apart from Zimbo [more of him later] there is nothing personally endearing about this current crop. Nothing at all.

The days of Daniel Farke are gone and however he will be rated in the future for his NCFC tenure he had that wonderful natural gift of understated charisma from the very beginning. His fluency in English was punctuated by the use of words such as *topic* and *greedy*, which he didn’t quite get right but we all loved him for it.

His match day style of attire was never for me with the kind-of parka, baggy trousers and middle parting. That’s a geezer’s view as a few ladies I know thought he looked “kinda cute”.

The post-victory waves and the “Farke’s on a Horse” song will stay with many of us forever.

Dean Smith cannot match Farke in this respect and probably would not even wish to. There’s nothing of the media or supporter entertainer in him.

Looking back at the players of the Farke incumbency I have some great memories that could not possibly be replicated by this current lot and I’m sure MFW readers will have others similar that I have forgotten, but here are a few of mine.

So what are we left with?

Very little in terms of guys like these I’m afraid. And that cannot be for the greater good.

Bland, vanilla, taupe, call it what you might. But this lot seem to have no ostensible character at all and that doesn’t bode well for Norwich City. At least for now. I’m sure there’ll be some more along soon.