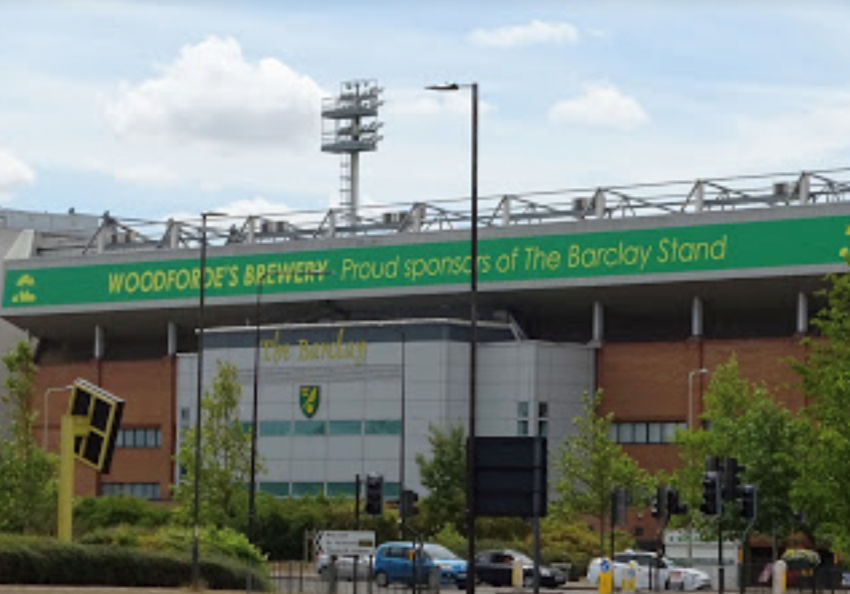 In terms of clichés, When Saturday Comes is up there with the best of them.

Home or away, with almost military precision we fill our backpacks with our supplies for the day. Or since bag checks were introduced one or two of us use our multiple pockets for the odd things we might like to bring into the ground. Like a purchase from Riverside Poundland for our dogs or cats and maybe even from a certain aisle at Morrisons – sssh!

Many MFW readers go to matches with family members as I am well aware. Apart from taking my children to games against Crewe and Dagenham & Redbridge – the latter in the FA Cup – I have never really been able to do that although long before we had the dogs, Sue and I went together to the Premiership play-off final against Birmingham at the Millennium Stadium in Cardiff and managed to have a great day out despite the result.

We also saw the FA Youth Cup games against Forest and Chelsea together for the princely sum of two quid each. I went solo to the second leg of the final at Stamford Bridge.

But what do family members experience when we go to the game and they don’t?

We all have different perceptions of this so these thoughts are purely my own.

I’m a very grumpy guy on matchday whether we’re chasing promotion or enduring an ignominious relegation as we are this time around.

I wake up even earlier than usual and I’m all over NewsNow to find out the latest nonsensical gossip. I can’t stop myself. I mumble, mutter and take no notice of the microcosm of the world around me.

Any request to make a cup of tea, help out with the dogs in some way or *what’s happened to my shoes* are completely ignored. I’m that much of a pig. But Sue knows this and pities me because she knows where my focus is. It’s always been that way.

After my pre-match rituals off I go. She thinks “thank Jeez I’ve got rid of that miserable ba$tard for the afternoon”.

She always follows the match courtesy of Chris Goreham and his guest of the day on Radio Norfolk while claiming it was better in the days of Roy Waller. We agree to disagree on that one.

When I come home she knows exactly what mood I will be in as she’s followed the game on the radio but things have improved this season as I knew we were onto a hiding to nothing from the very start and on my return, after a couple of dry exchanges all is sunshine and light indoors.

I can no longer be bothered to discuss the minutiae of the game with her and the retort is consistent: “I don’t know why you carry on wasting your f*cking money on that shower of $hit”.

You can take the girl out of Armes Street… etc

That notwithstanding, a defeat can ruin a whole weekend for an entire family. Been there, done that, unfortunately. Particularly when en route to Butlins Ingoldmells for a cheapskate week’s break with my ex-wife and children and during the drive there we lost 2-1 late on at Leeds in 1995 to virtually relegate us and I almost put the car in a ditch.

It’s not that I’ve lost my level of passion but more that any expectation I have ever had has dropped off the scale.

I expect nothing so I am rarely left disappointed these days.

The folks I feel sorry for are the ones with young children who take them to Carrow Road with a sense of anticipation. If you go with “Uncle Dave” or whoever you will have both seen it all before but explaining just exactly why we lost to a couple of children under 10 must really be quite difficult.

In my experience things like ‘we’re useless because the owners don’t care’ are very difficult to explain to those still in junior school – and who are our supporters of the future, of course.

But I’m by no means an ingrate. My uncle Pete, sometimes with uncle Joe if Pete could get him out of the Duke of Edinburgh in time, would take me to Upton Park and players I saw there included Martin Peters, Sir Geoff Hurst, Sir Bobby Moore, Jimmy Greaves, Sir Bobby Charlton, George Best, Denis Law and even Sir Stanley Matthews.

What memories Pete and Joey gave me and I’m sure there are many parents and grandparents out there who will one day hear the phrase *thanks, you took me to see Ronaldo when I was a kid*, or something equivalent to that.

Right now I reckon that if your children or grandchildren want a Liverpool or a Man Citeh shirt for Christmas you should buy it for them.

I wouldn’t have said that at the start of this season.