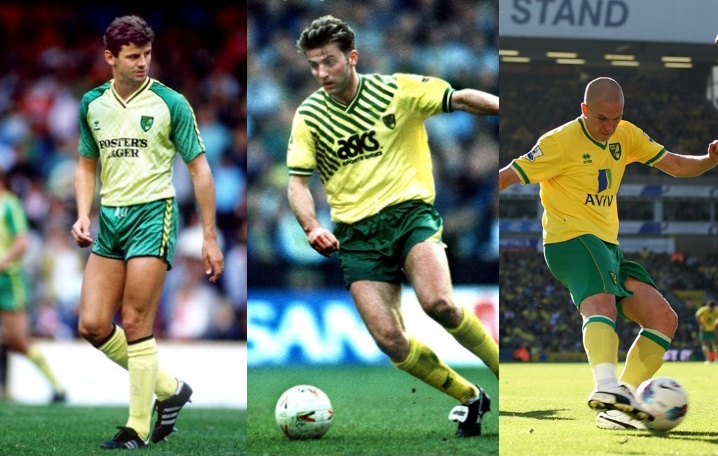 If you’ve ever strayed onto the tab entitled THE TEAM at the top of this page, you’ll find a rogues’ gallery of those who write, or have written, for MyFootballWriter. Accompanying said pictures is a mini Q&A, asking the team some generic City-related questions – favourite game, favourite players etc. Nothing very innovative.

In case anyone would like to add their own personal ‘favourites’ to the comments below, the full set of Qs is as follows:

One of the best answers I received in response to the favourite current player was ‘I don’t have one because I’m not 10-years-old’. Point taken, but anyway…

So, partly inspired by me trying to tidy up the page in question and also Alex B’s nostalgic look at strikers of the past on Wednesday, it got me thinking about players who, along the way, I’ve considered favourites – even after I’d passed the 10-year-old threshold.

These are not necessarily the best players of their day but players who, for reasons that were not always obvious, struck a chord. For someone who’s spent a lifetime of being drawn to the underdog, this list will throw up a few obscure names, but you get the gist…

The early-1970s – when I was under 10 and therefore officially able to declare a favourite player – was, for me, the era of Ken Foggo – a little Scottish (left?) winger who I recall for his trickiness and diminutiveness. For the relatively short time he was joined at City by Jimmy Bone, I desperately wanted to be Scottish.

For the record, I also wanted to be Indian given that the legend that is Kevin Keelan was born in what was then called Calcutta before my dad explained that he wasn’t actually Indian but born in ‘British India’ of a British father who was serving there in the Army.

Colin Suggett was one who fell into the good player category but was still classed as a favourite of a wet-behind-the-ears Gowers Junior, who was yet to grasp the concept of backing an underdog, but that trait properly kicked in when Roger Gibbins arrived at City from Oxford United.

Gibbins, as I recall, was unexceptional in almost every way – although 12 goals in 48 games is, I guess, a decent enough return – but I sensed frustration around me in the River End whenever he had the ball, so of course he had my wholehearted support.

He didn’t hang around in Norfolk for too long but when he left he was kind enough to pass the baton on to a hard-as-nails defender we signed from Orient called Phil Hoadley. Now Hoadley was an okay player, decent even, but achieved hero status in my eyes because every time we played Ipswich he would confront Eric Gates. Remember him?

The pair, as I recall, did nothing to hide their dislike of each other and in more than one local derby went toe-to-toe and exchanged blows – something we all dreamt of doing with Ipswich’s own Albert Steptoe. So, yeah, Hoadley – a top bloke.

Heroes were two a penny in the mid-to-late-80s and early-90s as the club won only its second-ever major trophy and then, after getting relegated at the end of the 1984/85 season and bouncing back the next, embarked on its most successful era ever.

The names flow like a who’s who of Norwich greats but I suspect not many will have Wayne ‘Bertie’ Biggins in their City top ten of that era. But he is in mine. A more unglamorous striker you’ll be hard pushed to find but I loved that about him, even if for the most part he had to play second-fiddle to the excellent Kevin Drinkell.

Biggins was neither big nor quick, nor was he particularly skilful or stealthy, but he was wholehearted and a trier. That he got under the skin of a few in the River End because of his limitations only endeared him to me more. A return of 16 goals in 79 games was about as unexceptional as you can get for a striker but he must have had something about him as Mel Machin took him to Man City upon leaving Carrow Road himself.

And then there was Tim Sherwood…

A good player was the young Tim when Dave Stringer signed him as a 20-year-old from Watford, but in the two-and-bit years he was here he was never loved by the faithful. His swagger and supreme confidence never sat comfortably with many, especially those in the Geoffrey Watling Stand with whom he had more than the odd run-in. He would respond, sometimes verbal, sometimes in cockney semaphore.

I liked him – I thought he was not only a good player but also a feisty character – but I was in the minority and a couple of off-field misdemeanours only served to make his time here even more uncomfortable. He clearly didn’t particularly like Norfolk and the bright lights of Blackburn, when Kenny Dalglish offered them to him on a plate, were just too bright to resist.

When it all started to go pear-shaped for the club in the mid-90s, the anti-heroes were more plentiful than the heroes and I did initially warm to, among others, Carl Bradshaw, who despite being a dyed-in-the-wool Blade of Sheffield added a certain something to the City side. It all went wrong at the end when he was found guilty of assaulting a taxi driver, but I prefer instead to remember him as the bloke who scored the winner at Portman Road in 1994.

Bradshaw wasn’t universally loved even before the incident at Colney but he had a steel about him (no pun intended) and, partly for that reason, had my support while he wore the yellow and green.

The late-90s were notable for not very much in truth but the most left-footed left-back in the history of football – not least because it was a crown he took from me – definitely strike a chord.

And no, I’m not talking about Fernando Derveld or, indeed, that so-called left-winger Raymond de Waard, who were both so far short of being Championship players, even this champion of the underdog couldn’t muster any kind of defence of them.

I speak, of course, of Erik Fuglestad, the slight, slightly delicate, left-back from Norway who blew to pieces the Scandinavian footballing stereotype of being muscular, athletic, big and blond-haired. Erik was blond-haired but instead of being all of those other things, he had a left foot with which he could open a tin of peas. That was good enough for me; that and the fact that quite a lot of City fans thought he was cr@p.

Around that same time, we also had on board a French midfielder by the name of Jean-Yves de Blasiis –  a midfielder of some talent but whose time here was blighted by injury. He was a Bruce Rioch purchase and when he played, which wasn’t that much, I thought he was quite good. Again, I was in the minority but I did admire his tenacity.

As the ’90s gave way to the Noughties, and as Bryan Hamilton thankfully gave way to Nigel Worthington, it felt like we were waiting for a hero to emerge from the pack and demand our attention.

Hucks was that man and was one crowd favourite I could definitely get behind although I did find myself out on that limb again when I swore blind I could see something good in Dickson Etuhu. I was pretty much a lone voice in that regard, but less so when being an admirer of the subject of that brilliant ‘Morocco all over the world’ song.

Youssef Safri was not only a great player (and scorer of one of the great Carrow Road goals) but was also a really nice bloke as my dad testifies having sat next to him at the 2005-06 player-of-the-season dinner.

The tricky Worthington/Grant/Roeder/Gunn crossover era was largely a hero-free zone – although Robert Earnshaw’s ability to score goals in a terrible team was noteworthy – but by the time Paul Lambert arrived they were queuing up and we were spoilt for choice.

Grant Holt and Wes were the obvious ones, and great players and characters they were too, but it was Steve Morison who I found myself defending as the Geoffrey Watling again turned on one of our own. A bit ungainly and awkward he may have been but I liked him and his bluntness, even if many others didn’t.

I made the mistake of treating my son to a nice seat in said stand for a League Cup game and, as a result, was subjected to 90 plus minutes of a very well-spoken lady telling me what a terrible footballer Morison was. It merely strengthened my resolve and stood by him I did until he departed stage left to Leeds in exchange for Luciano Becchio.

Most recently, it almost goes without saying that Marco Stiepermann was, for me, the carrier of the baton. He ticked all of the boxes:

So moved was I when Stiepi departed, I penned a tribute. A bit mawkish maybe but it was from the heart, and it’s good to hear he’s rediscovered his mojo with SC Paderborn.

In terms of unlikely heroes emerging from the Class of 2022… I’m still waiting.

So, that’s my list, albeit I’m positive I’ve missed some that will come to me later.

Now, over to you.

S to the E@CanaryEllis·
46m