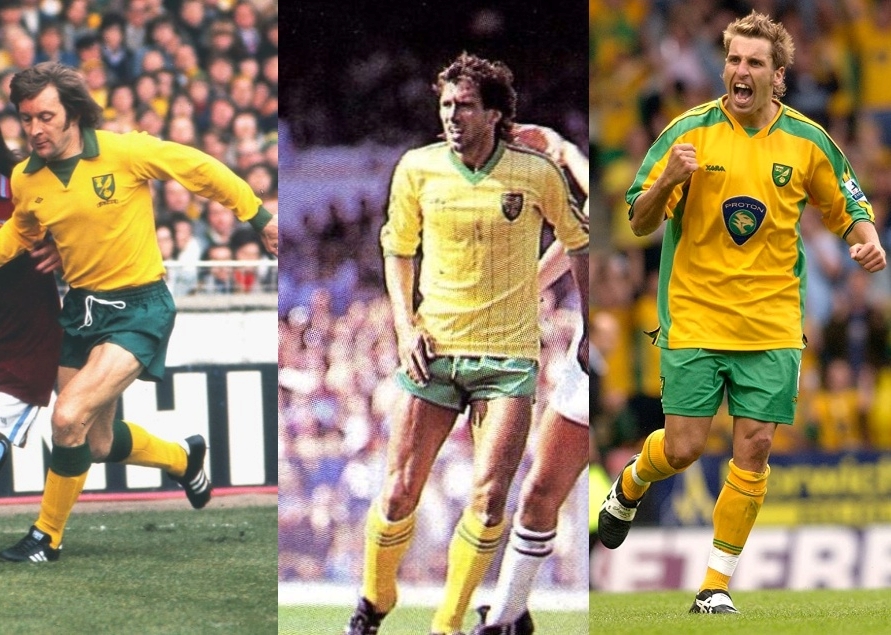 On Friday I posted a piece in which I looked at my unlikely City favorites and anti-heroes of yesteryear, and most agreed it was a healthy distraction from the hand-wringing and brow-furrowing that tends to occur when we talk about the here and now.

So to continue that theme (and to fill space in the longest international break known to Man), this morning I’m taking a look at five City games that have lived long in the memory for reasons both good and bad.

I’ve tried to avoid the obvious, like Munich ’93, and more recent ones like Wembley 2015 and ‘Jackson…. chance‘ but a couple of classics may have still managed to sneak in.

For me, the whole journey started in 1972 and so all of the games in that first season – City’s first-ever in the top flight – were crammed full of awe and wonder. But it was the final game of that campaign that brought home to the seven-year-old me the sheer joy and ecstasy that football can bring:

36,688 were crammed into Carrow Road that night. I suspect it’s the biggest Carrow Road crowd I’ve ever been in. It would have been 36,687 but for a rare appearance at the footie from my mum. I’m not sure why she was there and I suspect she’s not either (if indeed she can recall) but it’s Mothers Day, so she deserves a mention.

Anyway, it was the last game of the season and City needed a win to survive. The atmosphere was crackling – that I can recall above all else – while vaguely recalling Colin Suggett putting us ahead before Palace equalized. The final act of the night was performed by the great Dave Stringer, whose diving header late in the game preserved the club’s top-flight status. Imagine that!

Stringer was already a club legend by that point but if there were any waverers before, there were none after that header. What a night.

This one was painful and is a tale I’ve told before, so apologies if it’s a repeat. But this was a season, a bit like the current one, where City had been mired in the relegation dogfight. Leicester arrived here on the final day of the season with us needing a win to give ourselves a chance of staying up.

Instead, in true Norwich fashion, we screwed it up. A little Scottish bloke by the name of Jim Melrose decided to score a hat-trick against us and broke our hearts.

As it transpired, an unlikely Sunderland win at Liverpool would have sent us down anyway, but I prefer to blame Melrose and, anyway, it was whoever was on the Carrow Road ‘decks’ that day that made it so memorable rather than the game itself. Upon the final whistle, and as that numb feeling that accompanies relegation started to gnaw, the ground was filled with the sound of this – a more beautiful but heartbreaking piece of music you’ll never be likely to hear.

To this day, it still brings a tear to the eye.

This was good. City were in the old Division Two at the time thanks to the relegation described above but after a run of ten wins from their last 11 games had given themselves a chance of promotion. They just needed a point at Hillsborough to achieve it and so it was one not to be missed. I travelled down with a mate and his dad (and someone else who I can’t recall) along with 10,000 others who formed the first yellow wall I can properly recall away from home in the Leppings Lane end.

It was the most Norwich City afternoon ever. Bonkers. We went behind as per, but in the dying minutes, Keith Bertschin headed one in, in front of the 10,000 to create pandemonium, only for this bloke called Gary Bannister to restore Wednesday’s lead a minute or two later. The odd thing about it was there was a Wednesday fan on the pitch who’d have probably headed it in if Bannister had missed it! But the goal stood.

Yet in a final twist of the craziest afternoon ever, Leicester, against whom we were battling for that promotion place, could manage only a goalless draw at home to Shrewsbury. We were up! The journey home, with the roads seeming draped in yellow and green the whole way, was unforgettable.

I mean, every win over that lot is special, but this one was the first after poor old Gunny’s air shot from Robert Ullathorne’s back pass on that cow field that passed off as a football pitch. It was also the first one after the Ian Crook to Ipswich transfer that never happened when an eleventh-hour intervention from Mike Walker put a stop to the madness.

Boy were they chirpy… and salty… and cocky. I know this for a fact because an afternoon spent drinking in the city (it was a Friday) involved bumping into some Ipswich supporters I worked with at the time. But we had the last laugh on what was a glorious night. ‘Cheer up George Burley…’ was at its height and the old place rocked even with just 20,000 in it.

Andy Johnson started the ball rolling with a tap-in from a brilliant team move and added another 15 later before they pulled one back just after halftime through Danny Sonner. John Polston clinched it though for City in the second half, and in an era where they would beat us frequently (weird eh?) this was really good.

You know the one. It was supposed to be Darren Huckerby’s Norwich City swansong as his loan spell here ended and he would return to Man City. At the time we had no idea that Hucks was going to tell his agent to do one and would soon re-appear on Boxing Day as a bona fide Canary.

It was, as I’ve said many times, a Huckerby masterclass. To this day, the best individual performance I’ve ever seen in a Norwich City shirt and included a Hucks special where he slalomed in and out of Cardiff defender on a run that took him half the length of the pitch before scoring. Magical. He also found time to put one on a plate for Iwan.

Little did we know at the time the great man would go on to make Norfolk home and Norwich City his club.

So… five of the best from me – a very personal choice that won’t chime with everybody. Obviously, there are loads of others I could bore you with but these five all resonate for very different reasons.

Let us know your top five…