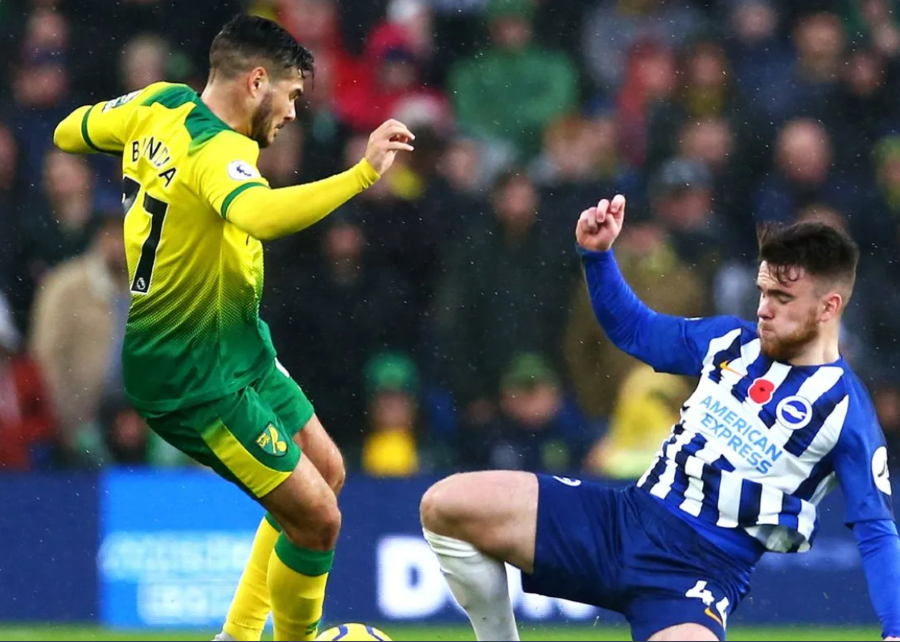 As this seemingly interminable international break finally draws to a close, it’s time now to reluctantly re-focus on City’s fight against relegation. I suspect we all know how this ends, but the least we can hope for is the team to rally over these final nine games starting on Saturday at the Amex.

So, in the spirit of hope, let’s revisit Allan Kemp’s excellent piece on City vs Brighton fixtures of yesteryear; a piece originally penned ahead of our 2-0 defeat on the South Coast in November 2019.

Allan will take it from here…

Few can begrudge our next opponents their time in the spotlight. For as a club they have suffered more than most. Homeless for years, on the brink of destruction and of course playing for their lives to avoid relegation into the non-league abys.

For 12 years they played at the Withdean Stadium; a small, temporary, athletics track was wholly unsuitable for hosting football games. But it was a symbol, a permanent reminder, of how far Brighton had fallen.

City visited the Withdean three times and actually won all three – 2-0 in August 2002, 3-1 in October 2005 and 2-1 in February 2010. The last of those wins, of course, came in the triumphant and, fortunately, only League One campaign. It was a  win that secured a comfortable double for the Canaries, having already won 4-1 in the reverse fixture at Carrow Road.

Norwich City v Brighton Hove Albion became a regular fixture in the Division Three South calendar as they went head-to-head over the next 14 seasons, the Seagulls coming out on top with eleven wins to City’s nine, thanks largely to a run of six consecutive home wins.

We have also drawn Brighton out of the velvet bag on eight occasions, meaning we have played Brighton in the FA Cup more than any other side.

Such frequent meetings in the world’s oldest cup competition have thrown up a few interesting quirks. The first meeting, for example, in 1945-46, was the first and only time that the FA Cup Third round was played over two legs. Brighton won both legs with an aggregate score of 6-2. Even by today’s dismal standards, losing twice in the cup in the same year takes the biscuit.

By far the biggest game of those eight came in the 1982-83 FA Cup. Back then the FA Cup was a really big deal and captivated the nation, overshadowing both league and European football. Cup magic had reached fever pitch in the cities of Norwich – particularly as we had defeated Ipswich in the fifth round – and Brighton when the two were drawn to play in the quarter-final.

Both were now First Division clubs, but Brighton were struggling. In fact, they would finish the season rock bottom, which made City’s 1-0 defeat all the more painful. The game itself was also full of controversy with Brighton’s hard-man midfielder, Jimmy Case scoring the winner despite the linesman flagging for offside.

No less than 7,000 Norwich fans had made the trip to the Goldstone that say in a capacity crowd of 29,000. They witnessed a host of missed chances for the Canaries and with it disappeared City’s best opportunity to make their first semi-final since 1959. Brighton, meanwhile, made it all the way to the final; missing a glorious chance to win it, before losing the replay 4-0 to Manchester United.

On their way to promotion, they trashed Norwich 5-0 at their new and impressive home, the Amex Stadium. It marked a real low point for Alex Neil. They were the first real signs that something was wrong in the Canary ranks and a reminder of how far City had fallen behind in their own promotion bid.

The Norwich keeper that shipped five that day was none other than Michael McGovern and such is the small world of football, the Brighton manager was ex-Canary, Chris Hughton.

A scan of the Norwich starting XI on that late October afternoon shows how scandalous it was that they suffered such a trashing – Ryan Bennett, Timm Klose, Alex Tettey, Martin Olsson, Wes Hoolahan… and Alex Pritchard also started.

Pritchard endured the full brunt of the home support having controversially U-turned (literally) on a move to join Brighton, picking Norwich instead despite being apparently halfway down the A23.

Another starter at the Amex was Russell Martin. By now his reputation with the City faithfully was beginning to wane – not helped by defeats like that). However, with over 300 league and cup appearances, 17 goals and being a genuine caring club man, his status as a club legend is set in stone.

Of those 17 goals, one special one stands out. On 22 November 2014, just after half-time, Martin connects perfectly with a cleared corner. It’s an absolute screamer into the top corner from 30 yards out. Goal of the season – maybe goal of the decade.

The team on the receiving end that evening? Brighton Hove Albion – Martin’s hometown club and where he launched his career.

While Russ is no longer here to ping one in from 30 yards, it would be nice if one of the Class of 2022 could finally do something memorable and score a screamer that we’ll all remember in years to come.

Or at least, if given the chance, roll one into the empty net from 20.