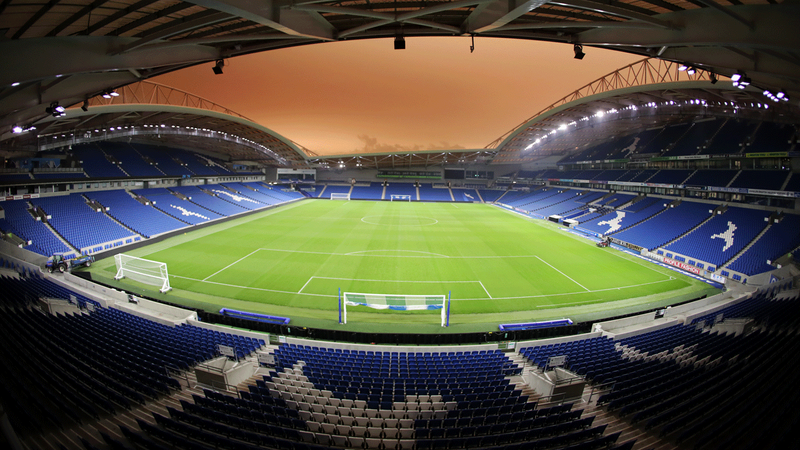 As over 1,000 stoical, long-suffering Yellow and Green souls prepare to head for the South Coast tomorrow to witness our visit to Brighton I thought it appropriate to speak once again with the fervent Seagulls supporter that is the admirable Alan Howick.

Alan was a great help to me during my early days as a sports journo in Essex as he was a Director of Harlow Town FC at the time and was always open for a guiding chat, which is something a young scribbler should always appreciate.

Although we weren’t in touch for some 40 years as I moved to Norfolk while Alan remained in Essex, when we made almost accidental contact again Alan cheerfully helped me with our previous MFW Brighton preview.

I couldn’t summon much enthusiasm to create this particular article – God bless the MFW writer who is responsible for our pre-Burnley piece – but at least it gave me the chance to speak with Alan again which is always a pleasure. This is what we discussed.

MP: I suppose we could almost call this one a dead rubber in many ways as in you’re going nowhere and we’re going somewhere we don’t really want to be going. Is that about right?

AH: I guess that is so, we had so much hope and anticipation of a top ten finish recently [we may even now do so] or even Europe but as the last six games have gone [losses and no sign of any goals] it’s back to a day trip to France: Both sides want a win for self-esteem, your guys look like dropping down and we may still have that ‘top ten’ target to achieve.

MP: What would you say are the reasons for your losing the last six matches on the bounce? “A desire to emulate Norwich City” is not an acceptable answer I’m afraid!

AH: The lack of an out-and-out striker in my view. We have great talent but need a big chap up there knocking them in or down. It’s never been the same since Glenn Murray retired. We have wonderful players but…

MP: Regardless of recent form I think Graham Potter has done a pretty decent job down on the South Coast this season. But I’m not a Brighton fan, so what do you reckon?

AH: Brilliant performance and I like him as a man as much as he is an excellent coach. What he has done is wonderful, Chris H did a fine job but this chap has taken us to a different level and he is so calm.

MP: Is Potter likely to do the traditional “we’re safe so it doesn’t matter” thing and throw in a youngster or two to see how they get on – and if so, what names should we look out for?

AH: Crikey, no idea!!! We seem to have so many youngsters, I try to play catch up on the Albion site but frankly, there are loads of them. But there is a young Irish lad who has had a recent run-out, he’s a centre-forward, I can’t remember his name but he’s worth a watch.

MP: Please be kind enough to go through the motions and proffer us a score guess?

AH: Nine nil Albion! We are due a goal for sure, but then nil/nil probably.

MP: While you’re here Alan, many of us on MFW are avid cricket lovers so it would be rude of me not to ask a stalwart of his local cricketing community and indeed an MCC member the obvious question: what has gone wrong with the hierarchy, and indeed the playing side of things at Test Match level – and what do you think might be done to improve matters?

AH: I was hoping you wouldn’t mention the cricket. West Indies skipper Kraigg Brathwaite thought England batted well after his last test interview! In fact, we did in patches, have had a few good knocks but frankly leaving Broad [and probably Jimmy A] out was a very big ask on the bowlers and poor old Woodie is so injury-prone, as is Robinson.

One chap, name relapse on my part, is a good spin bowler [certainly in Bumble’s view] and travelled all that way only to spend his time being the twelfth man. I might be either pi$$ed off or greatly relieved he wasn’t involved. Upstairs, who knows. I have faith in Strauss to sort it all out. If allowed to. Rootie, top bloke, having a really tough time and his mates do not appear to perform for him as a whole unit on the field although they are all meant to be a tightly-knit group.

**MFW apologies to those of a sensitive disposition. We discussed the state of the English Test Match set-up towards the end of the article as Alan and I are both great cricket aficionados. It had to be done so please sleep well and have no nightmares.

I’ve never managed to put a piece of music as an outro to a preview before but in this case, I feel I’ll chance it – I was actually at the Hammy O when this recording was made. Queen were still heavy and rocked like hell itself. Last time I saw them as I didn’t appreciate the sell-out commercial version of the band at all – unlike 99% of the purchasing public:

Dean Smith’s press conference this morning revealed that Ozan Kabak has a serious hamstring problem and has remained in Turkey.

Discussions are going on with Schalke 04 and reading between the lines we may very well have seen the last of him.

Everybody else has returned from international duty in good nick, while Josh Sargent will have a late assessment as he has rolled an ankle.

Brandon Williams is unlikely to feature and Max Aarons has been ill for a while so we might see Sam Byram and Dimi Giannoulis filling the full-back slots.

That leaves Grant Hanley, Ben Gibson and Zimbo as our three available centre back which might again mean that under 23s skipper Jon Tomkinson retains his place on the bench, which will be guaranteed if Smith deploys a 3-5-2.

Pukki plays but as for who will fulfil the midfield roles, that is anybody’s guess. I’d like to see a start for Jonathan Rowe, but they say you should never make a wish on All Fools Day so I’ll leave it at “like to”.

As for the Seagulls, Adam Lallana and the highly-rated Adam Webster miss out due to continued recovery from injury but the good news for Graham Potter is that both Tariq Lamptey and Robert Sanchez are back in training and likely to be in contention for a start tomorrow.