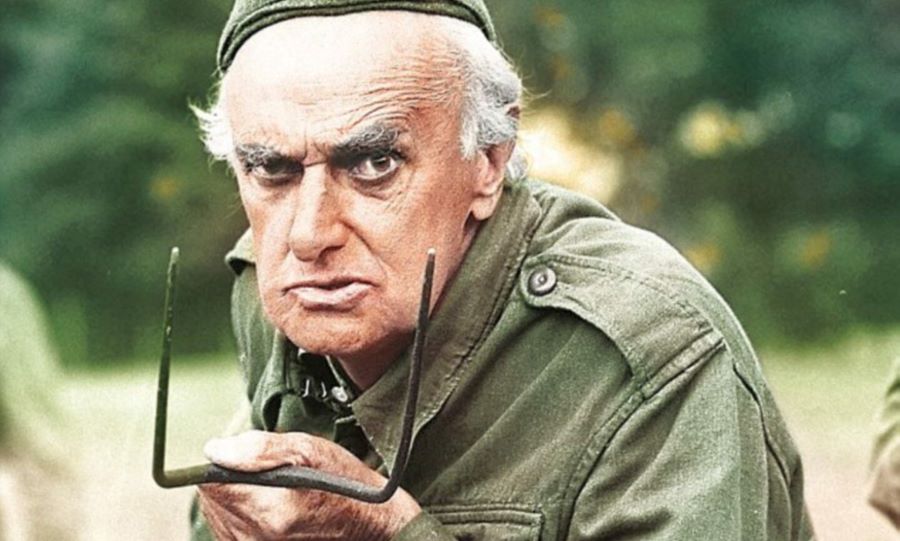 Private Frazer of Dad’s Army fame [as portrayed by Shakespearian actor John Laurie] had a couple of catchphrases on the memorable TV comedy show, the best known of which was “we’re doomed”.

Frazer’s prophecy never came to pass, but then again he wasn’t, at least to my knowledge, a Norwich City supporter.

Those of a positive disposition might say that we ground out a draw, defying Brighton’s 31 shots with a response of six of our own. We even managed a possession ratio of slightly more than one-third over the 90 plus minutes. Hmm…

Tim Krul won his psychological spot-kick battle with a clearly spooked Neal Maupay and made a terrific reaction save from fellow Dutchman Joel Veltman’s header. Grant Hanley effectively marshalled what was a relatively untried backline. If there are any other positives I can’t find them.

Dean Smith kind of agrees as he said afterwards:

“Off the ball, I thought we showed our spirit and doggedness at times. [Particularly] our captain and goalkeeper who I thought was excellent today”.

Sure Dean, but how about on the ball on the rare occasions we have it, hey?

No way has this current motley crew ever resembled a Premier League outfit. And more importantly, neither Daniel Farke nor Dean Smith have been able to do anything with them except to ensure they turn up for training [except TC] and drop into some local schools on goodwill visits.

But we have no identity anymore.

I cannot see for the life of me what we are trying to do and if we have the same frazzled approach next season we will not be coming back up – it already looks like we can forget about that.

Whether we lump it up to Teemu Pukki from the back or try to stitch some positive forward movement from midfield it just does not work. We don’t even have anybody capable of taking a corner and as for striking a free kick from 25 yards forget it. That ability disappeared when the powers that be decided Mario Vrancic was past his sell-by date.

Will anybody in open play shoot from outside the box? No need to answer that question as we all know nobody will.

This is the most disconnected midfield ‘unit’ I can remember since the days of Roeder and Gunny.
My mailbox pick of the weekend arrived courtesy of MFW posse member Alex Alexander, aka ‘Ed’, who said:

“We are a complete shambles and it gets more embarrassing with each game. I’m almost tempted to put a bet on that we won’t get more than 21 points. No way will Dean Smith get us anywhere near the top six next season”.

On top of that, another mate told me we (apparently) could have attracted Steve Cooper but weren’t interested in paying compensation. He’s not doing too badly at Forest is he, as anybody who saw the Reds demolish Blackpool with flair and ruthlessness in front of goal would agree.

A comment from John F on Gary’s article yesterday is also worthy of repetition for anyone who hasn’t already seen it:

“I’m afraid our owners must be totally deluded if they can’t see that the For Sale board has never been more essential than it is now!”

To cap it all we’ve only got Todd Cantwell and Max Aarons to sell and if we get anything north of £20million for the pair I’ll be surprised. Along with the parachute money, that will disappear into the black hole that is known as self-funding.

Pukki and Krul might decide to move on for a last hurrah and if they do I wouldn’t blame them one iota. But we’re unlikely to get much for either, even if only because of their age.

There are several in this squad I would be delighted to show the door, but who would come in for Pierre Lees-Melou or the failed expensive gambles that were Christos Tzolis and Josh Sargent? I doubt St Mirren would want Kenny McLean, let alone Rangers.

I can’t see Pep and Jurgen fighting over any of them, let’s put it that way.

To me, this season was written off well before Christmas, so I’m not panicking about our inevitable relegation. It is 2022-23 and the seasons thereafter that concern me as we are rudderless and even if Smith and Shakespeare stay they will be given next to no funds to build their own squad in the summer.

If Stuart Webber descends from any given mountain to oversee the process then I can see a disaster, darlings.

Dad’s Army’s Corporal Jones’s catchphrases were “they don’t like it up ’em” and “don’t panic”.

This current squad don’t like it up ’em and those rainy, windswept nights in Stoke, Blackpool and Preston will prove that – as if any further proof were needed.

I’m starting to panic about next season already, which I really shouldn’t be doing in the first week of April.

I feel obliged to leave you with this from Aussie group Midnight Oil. Although written by band leader and political activist Peter Garrett about the plight of the Aborigines towards the end of the last century, it sums up the state of Norwich City Football Club perfectly: