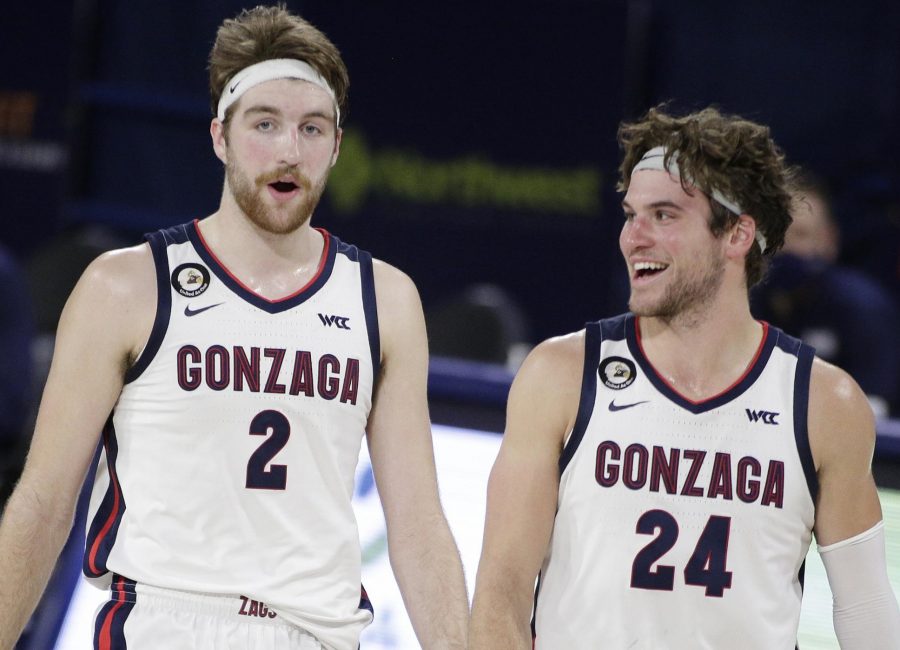 What do you do for sporting ‘enjoyment’ when there isn’t a City game?

For the second year running, I was fortunate enough to find myself in the USA during March. A time when the country is taken over by March Madness.

It’s everywhere. On every TV channel, in every pub, bar and restaurant.

March Madness is the annual College Basketball tournament – 32 teams (64 if you include the ladies tournament) playing a knockout tournament with multiple games across the country every night.

Last year, while aware of it, I was too busy to really engage with it and find out what it was all about. This year, with a day off in Las Vegas, I found myself in a sports bar surrounded by vociferous supporters and was able to find out a little bit more.

I suspect that many of you, like me, are only vaguely aware of the US sporting structure. Most youth-level sport takes place at college – university level in the UK – and promising athletes, sportsmen and women can win places at prestigious colleges based solely upon sporting ability.

Every year, for sports like basketball and (American) football, they have the draft.  Essentially, in the case of basketball, the top 60 college players are entered into the draft.

The 30 professional NBA teams enter a lottery to decide who goes first and then it’s like the biggest game of playground football ever.

The teams take it in turns to pick a player according to lottery order. After all 30 have had a go, the teams pick again, this time in reverse league position so that the weakest team has a chance to pick the best player.

There is, of course, an amount of horse-trading and teams trade draft lottery places and players in order to assemble the squad that they want. The teams then have to offer the draftee a contract within their salary cap.

I write all this because, as this was being explained to me, I began to wonder how the Premier League teams would react to this sort of situation.

Imagine if all the up-and-coming players were assembled in the O2 Arena and little old, botton-of-the-league Norwich were allowed their pick of the assembled talent. And imagine the effect of a salary cap.

My next question to my new-found American friends was simple. Why is College Basketball so popular?

And the answer, once again, bought me straight back to the Premier League.

Fans are fed up with the mega-bucks superstars and the money-led NBA.

The college players aren’t paid to play. They play for passion and pride – and obviously to earn a place in the draft. But watching the games, there was no pretension, no feeling that any one player felt himself superior to his teammates. No sulking when substituted and not a word was said to the match officials, who went largely unnoticed.

So far, so good. As I looked on at the packed stadia, the packed bars and restaurants, having had it pointed out that the players play for free, I asked about the coaches. Are they professional coaches, or college tutors?

They are top professionals I was told and paid top money to do the job.

Now I am aware that, as well as being March Madness in the USA, a similar madness occurs in NR1 about this time of year.

This year saw the first price rise for several years and every person who declined a renewal, as a result, has opened up a chance for someone to swap their ticket to a new location and, perhaps, finally escape the annoying bloke two rows back who moans all game and who always leaves 10 minutes early.

One of my new friends was involved in college basketball ticketing. How much, she asked, did I think a typical College Basketball season ticket cost? The answer shocked me…

Worse than that, I was to discover. If you hold a season ticket, you can be out-bid for your seat. If someone offers more than you paid, or are willing to pay, you can be relegated from your prime spot and relocated to another seat whether you like it or not. So much so, prime location seats go for in excess of $100,000!

Imagine if that were bought in at Carrow Road.

So onto the game and I regret to say I became the equivalent of someone who decides to watch football (soccer) and decides they are now a Man Citeh fan. It just so happened my new friends supported Gonzaga, the number one seeded team in their quarter of the draw.

Bizarrely, one of the Zags fans had had a bet that the opposition would be first to score 15 points.

Imagine backing the opposition! Well, he lost that bet, just, but at halftime, the Zags trailed by 12 points.

Into the second half and an inspired performance by Timme saw the Zags surge into the lead without conceding. Drew Timme is a sort of 6’10” Goose lookalike from Top Gun. He isn’t even the tallest player on the team, that honour went to a 7’ version of Dmitri Giannoulous!

Both players are hotly tipped for the draft.

Bizarrely, the last six seconds of the game took nearly 10 minutes to complete with each coach calling a time-out after every play. But the result went the way of the seeding system and Gonzaga emerged victorious.

To cap the day, I was presented with a Zags T-shirt by one of my jubilant friends.

So the college game is an intriguing mix of ultra-competitive unpaid players (all under-22), whose attitude puts every professional footballer in the world to shame. I saw a system designed to promote more equal competition by allowing the weaker clubs a chance to sign the best talent.

But I also saw highly-paid coaches and a massive TV audience, a game priced out of the reach of the majority of fans and denying them the chance to watch games in person.

I’m not sure what the financial future holds for top-level football in England, but the one lesson that can be taken away from college basketball is that if a small number of clubs isolate themselves in a financial echo chamber, sooner or later the people that matter, the fans, turn against it.

While it is unlikely that the NBA will ever wither away, the European clubs looking to form a breakaway league should take a look at the growing distaste with which the average fan seems to view the NBA, and should consider their next move very carefully indeed.