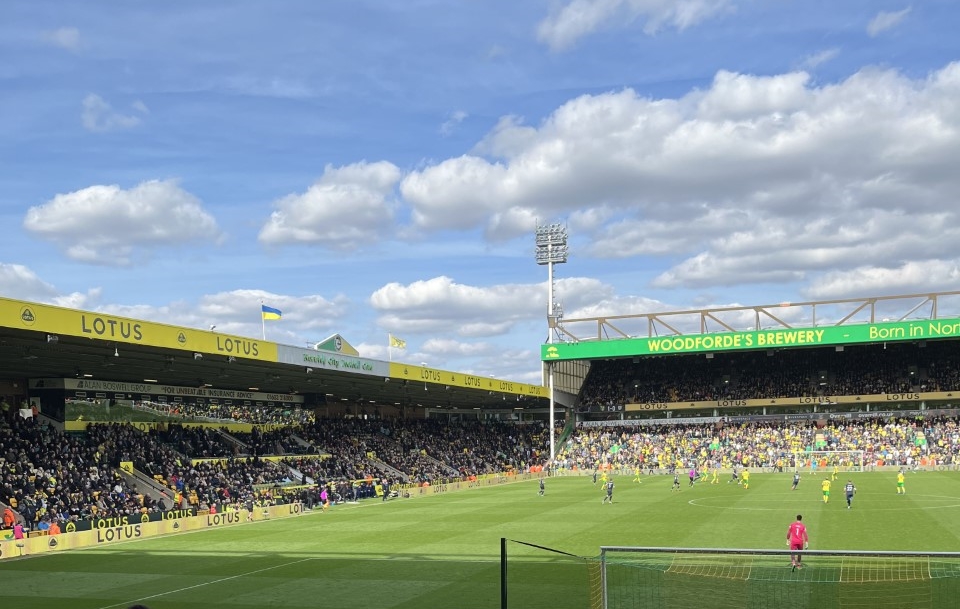 Sometimes you just have to hold your hands up and admit you got it wrong. In this case horribly so.

Having watched Burnley dispose of Everton in midweek with a display of high energy and thunderous intensity, I saw no way that City could win that game yesterday. Certainly not when considered in conjunction with our limp, passive rearguard action at the Amex last Saturday.

Up against opponents who were always going to be bigger, stronger and more physical, I was not alone in struggling to see how Dean Smith could find a system, and personnel within it, that would prevent it from becoming an out-and-out slug-fest from which we would emerge second-best.

Players whom many of us had written off, certainly in the Premier League, stepped up to the plate and delivered a performance.

Down and out we may be, but it meant something. In fact, if ever a good performance was needed it was yesterday – when morale was at what felt like an all-time low and when apathy was the most uttered pre-match word across the Canary nation.

Seldom can I recall an atmosphere as flat as the one that preceded kick-off. Had it been a day when the three points really mattered and had there been any degree of expectancy inside Carrow Road, the dulcet tones of Neil Diamond belting out Sweet Caroline (however irritating) would have had the old place bouncing.

But it didn’t. There was nothing.

Neither did On the Ball City get anything close to rousing.

The half-heartedness was palpable.

We’re a fickle bunch though. And all it took was an opening five minutes in which City more than matched the Clarets’ intensity to gradually, bit by bit, get the faithful back on board.

And by the time Pierre Lees-Melou’s deflected shot cannoned in off Nick Pope’s left-hand post, it felt temporarily as if all the horrors of the last eight months were merely the product of a nightmare.

The sun was out. Spring was in the air. City were winning.

But no one can drag you back down to earth like Sean Dyche and a Sean Dyche team.

Even the faintest of lulls in the crowd noise were filled with Dyche’s booming voice echoing around Carrow Road as he demanded more from his men.

No messing, nothing fancy, the formula always the same… 50/50s to be won, personal battles to be won, balls into the box and lots of them, and then as many bodies around Jay Rodriguez and Wout Weghorst as possible.

They do it well. And when it’s a system that’s tried, tested and engrained, it becomes a relatively straightforward way of building pressure.

As a result, the latter stages of the first half were like the Alamo or, as it’s now known, ‘the Amex 0204’.

But, just as they did at the Amex, the back four held firm. Grant Hanley and Ben Gibson, the latter the subject of much criticism of late, were magnificent. Bodies on the line, heads in where it hurts – qualities that, ironically, tick all of the Dyche boxes.

To have gone in ahead at halftime was crucial. So fragile is the confidence, a Burnley equaliser would have rekindled all the old doubts and fears, both on and off the pitch.

It wasn’t perfect and, as some have said online, it had the feel of a half-decent Championship game rather than a Premier League clash, but all season we’ve said we’ll take low-quality wins over high quality defeats. And this was one.

Yet it wasn’t without moments of quality.

The no-look pass from Mathias Normann to Teemu Pukki for the second goal was exceptional, as was the Finn’s first touch to get it under control.

Moments like those have been few and far between. We are where we are for that very reason, and is why the failure to replace the creativity and invention of Emi Buendia has been so costly, but when they arrive they can still bring joy.

To see the collective mood lifted was also a joy. As I said earlier, never has a win and an uplifting performance been needed more.

For once there were good performances across the board and, in particular, from a few names that figured large in our own pre-match discussion.

Kenny McLean, famed of late for his propensity to point a lot but also hide, was phenomenal yesterday, with a workrate hitherto unseen in these parts in 2021-22.

The Mayor was everywhere, winning balls he had no right to win, breaking up attacks and, crucially, making himself available to all of the back four when the time was right to get on the ball and work it through the thirds.

Whether that bang on the head in the opening minute left him believing he was N’Golo Kante, or whether it was a desire to prove the doubters (like me) wrong I don’t know, but it was a perfomance that should have earned him the man-of-the-match champagne. And fair play to him.

Kieran Dowell was another to prove the sceptics, like me (again), wrong. I’d been of the opinion most of the season that for all his undoubted ability, the former Everton man struggles to produce it amid the pace and intensity of a Premier League environment, but yesterday he did.

While he’s not the obvious choice to fill the Buendia boots, he does have an eye for a pass in the final third – something of a rarity in this squad – so it was good to see him playing a full rather than peripheral part in yesterday’s win.

And Lees-Melou, even taking the goal out of the equation, had his most effective afternoon of the season, with, in particular, his ability to receive the ball on the half-turn and commit Burnley defenders being a potent weapon all afternoon.

The Frenchman’s linking up with Pukki was of a Stiepermann 2018-19 vintage. There is no greater compliment.

So… wow. A good one. An enjoyable one. And concluding in a type of celebration that was long, long overdue.

In the greather scheme of things, I don’t think it makes much difference but at least, for a couple of hours, we were happy and united again.

On your Neck, City!@OnYourNeckCity·
34m