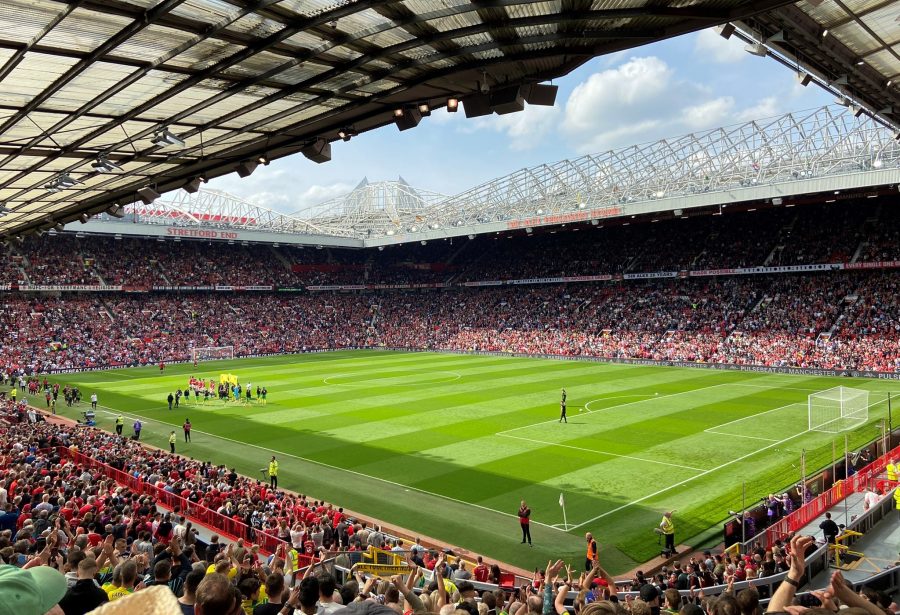 A few years ago, a close friend left the military after 20 years. I didn’t see him for a while but when I did, gone was the regulation haircut, replaced instead with a fop of hair that would not have been out of place on the head of the member of a boyband.

It’s part of the new improved me he explained.

A year or so later, I came to work with him again and his coiffure was gone and he was once again more closely cropped. Sometimes, he said, you’ve had something for so long that you don’t realise how good it was in the first place.

The successes (and failures) of the Farkeball era were all based upon a base formation resembling 4-2-3-1 – no matter how much the affable German insisted that he was not tied to base formations. This season, he switched to 4-3-3. Dean Smith initially followed, had a successful experiment with 4-4-2 cut short by Adam Idah’s injury, before returning to 4-2-3-1 against Burnley.

I’m no expert, but the formation just seems to fit. Kenny McLean has been transformed from a spectator, pointing frustratedly as the game passes him by, to an influential midfield terrier once again. Teemu Pukki is once again finding the channels that he inhabits to deadly effect.

Man Utd made a number of changes from the side beaten by Everton.  City were unchanged and from the offset, the game looked very open.

City should have been one up inside two minutes. A quick break, Pierre Lees-Melou continued his passable imitation of Marco Stiepermann by playing a superb ball to Pukki. He took a touch before lifting the ball goalwards. Somehow David De Gea got a hip to it to save a certain goal.

Utd then had a spell of possession, looking particularly dangerous down their left. Kieran Dowell seemed to be constantly bypassed leaving the home side with an overlap. As the dangerous crosses rained in, Tim Krul made several good saves; Grant Hanley once again made influential blocks and saving tackles.

But City were looking sharp and dangerous on the break.

Then the Canaries showed why they have conceded so many goals.  Krul rolled the ball to Gibson who passes it to Dimi Giannoulis. The Greek returned it straight back. Gibson then tried to be clever inside his own area – only he can know why – and was easily dispossessed by Elanga who rolled the ball to Ronaldo for a simple tap-in.

City tried to strike back. Milot Rashica and Giannoulis were dangerous on the right, Dowell and Lees-Melou were threatening too but somehow despite some promising positions, City could never quite manufacture a decent threat on the home goal.

The game gradually quietened down and looked to be drifting.

On 30 minutes, Dalot and Ronaldo combined beautifully and scythed through the City defence, playing in Lingard whose shot was well saved for a corner. The ball was drilled into the box and met by Ronaldo to head home for the second.

Gibson was again at fault, allowing the Portuguese to get away from him and then not getting off the ground to challenge for the header. It all felt too easy.

Yet somehow, instead of rolling over and conceding, over the next 15 minutes, City worked their way back into the game and began to exert some sustained pressure on the home side. They looked most dangerous on the break though.

On 42, a great move out of defence led to Rashica playing a good ball to Giannoulis on the left, his cross was well defended by Lindalov for a corner. The initial corner was defended before being re-worked for a Lees-Melou cross to go out for another corner.

This time, McLean was just unable to meet the cross, narrowly beaten by that man Ronaldo again. Sam Byram won the ball and his cutback was just too deep for Pukki to be able to keep his snapshot down.

Then, on 45 minutes, Pukki popped up on the left. He laid the ball to Giannoulis who cut inside and played a lovely through ball back to Pukki. The Finn then played a precision cross between De Gea and the retreating defence, right onto the head of Dowell to nod into the gaping goal.

Even that wasn’t it for the half. Dowell made a great run before another Giannoulis cross evaded everyone.

The second half continued in a similar pattern. Utd were either in slow, controlled possession or breaking dangerously. City were not completely comfortable in defence, Krul making more saves, but looking lively on the break.

On 51, Krul was off his line smartly to beat Ronaldo to the ball and rolled it quickly out of defence.  Dowell picked up the ball in the middle of the pitch and played a sublime ball to Pukki. It looked like he had blown it as he took an extra touch but then cooly fired past De Gea, off the post to equalize.

Amazingly, VAR ruled him onside – perhaps confused by the plethora of City scarves that the Man Utd fans insist on carrying – and the goal stood.

Minutes later, it could have been three. Again a quick ball out from the back and suddenly Lees-Melou found himself, Pukki and Rashica facing just two defenders. In the Frenchman’s defence, Pukki didn’t make the trademark trigger and Lees-Melou took on the shot himself as a result, which was well smothered by De Gea.

A spell of Utd pressure followed, their resolve stiffened by the introduction of Matic, and City looked to weather the storm. It finally broke when Mathias Normann was fouled bringing the ball out of defence, the Norwegian staying on the floor while everyone took a breather.

After 70 minutes, McLean and Dowell made way for Przemysław Placheta and Billy Gilmour, both the off going players looking spent. Mata and Rashford came on for United.

Moments later, Rashford made a crossfield run, Normann nibbling at his heels before Giannoulis committed a foul. It was a dangerous area and there was no doubt who was taking the kick.

Ronaldo hit a powerful effort. Krul got both fists to it but couldn’t keep it out and football’s most annoying player got his 50th hat trick.

After this, the game gradually fizzled out. Jon Rowe was bought on in place of Lees-Melou but all three substitutes struggled to make an impact.

Gilmour played a peach of a ball to Rashica on the right, who in return played the ball through to Placheta in a dangerous position but he couldn’t find a shot.

The Pole looked short of match practise – getting in some good positions but unable to make a decisive move at the end. He was put in an even better position but was first well tackled, then slipped over. Gilmour, other than the one ball, overhit a corner and a free-kick, and  Rowe, for once, made no impact at all.

And after that, the game faded. The groan from the home fans that greeted the five minutes of extra-time will tell you all you need to know about the City performance.

The reversion to 4-2-3-1 just seems to have clicked. We all know it is too little too late, but at least it isn’t the dispiriting capitulation that we witnessed against Brentford and Leeds.