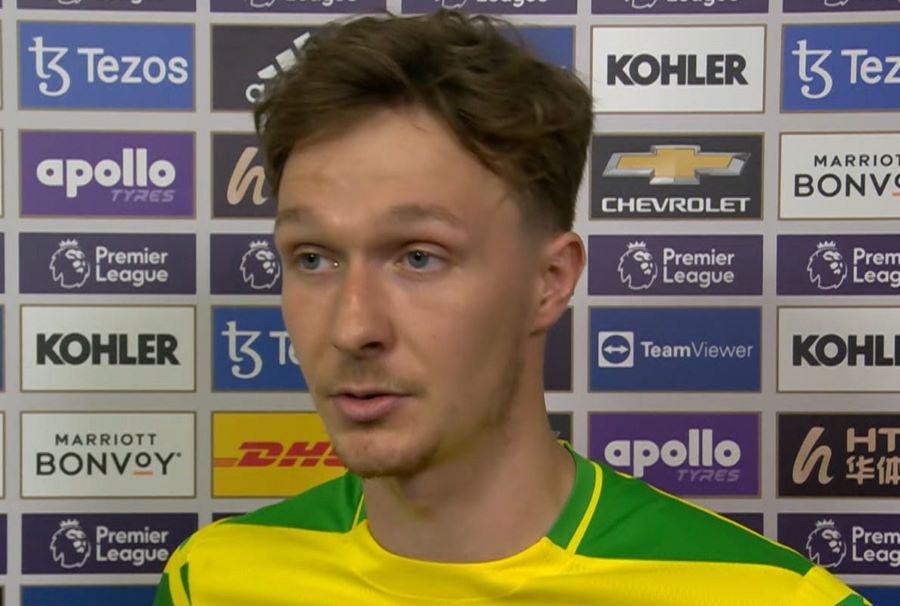 With a record sixth relegation on the horizon, City fans could be forgiven for thinking all hope was lost. Thankfully for those still looking for positives, a potential Championship star has emerged from the shadows.

That man is Kieran Dowell who, once again, is taking to the end of a season far better than the start of it. After a strong pre-season, as was the case in the summer of 2020, he quickly found himself on the periphery, starting only four times in the league before Burnley’s visit eight days ago.

There were eerie similarities to the injury-stricken 2020-21 campaign Dowell endured, when the much-anticipated trio with Todd Cantwell and Emi Buendia was seen far less than would’ve been predicted.

The Everton academy graduate burst onto the scene as City strolled to the title in the latter stages, however, scoring five times in his final nine starts of that ever-more-enjoyable campaign.

He has previous of this outside Norfolk, as well. The season prior to joining Norwich, Dowell had an unsuccessful loan to Derby County cut short in January so that he could move to Wigan Athletic, scoring five times at the DW, including as the star man in a club-record 8-0 victory over Hull City.

The pattern appears to have continued into this season, but Dean Smith’s focus will be on halting it ahead of the next. With Buendia gone and Cantwell already partially so, the Canaries will have to find new ways of supplying Teemu Pukki if he’s to score as freely as previously.

Christos Tzolis looks unlikely to play a starring role given his current predicament, Milot Rashica’s future could well be in the balance after his impressive, if inconsistent, season, and Norwich’s deeper midfield has been energetic at best.

At present, Dowell looks like he could be the key creative outlet, and if so the regularity with which he reaches his creative best must increase greatly. Where Buendia could seemingly grab any game by the scruff of the neck and make it his own, the Liverpudlian drifts in and out, playing a clever one-two or firing a dangerous shot before fading back into the background as quickly as he came from it.

With the creative firepower either side of him last season he could afford to do this, but that luxury appears to have gone. What Smith will look to inspire is a much more present Dowell, whether that comes from within or as part of a system built around his relationship with Pukki.

Without Pukki, Buendia would arguably not be at Villa Park, Cantwell could have fewer England youth caps and Kieran Scott might not be Middlesbrough’s sporting director.

Any successful iteration of Norwich City next season would surely have Pukki at its heart, and Dowell appears to understand that.

As is true for many of the Canaries’ players, Dowell’s final six games of the season are more about providing a launchpad for the next than points on the board, and a strong end to the campaign could set him up nicely ahead of 2022-23.

Prior inconsistencies hint at this being unlikely but Smith, as well as Stuart Webber given his say in transfers, will need to see a series of impressive performances if they are to place their trust in the 24-year-old.

Reinforcements seem inevitable in attacking positions – as well as in most other areas – but, more so than in friendlies, real Premier League games offer Dowell the chance to jump ahead of the queue by the time they arrive.

Opportunities to stay in the top flight may be running out for Norwich, but chances for their players to stake claims are still there.

With what could be a reset on the horizon, the next five weeks could decide who survives and who is weeded out.

On your Neck, City!@OnYourNeckCity·
41m