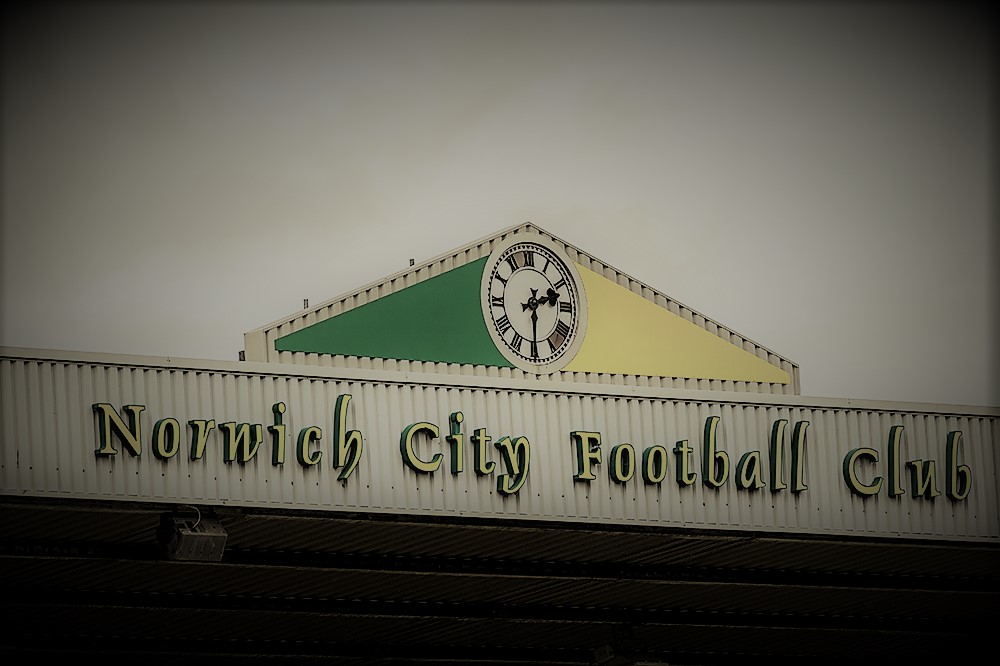 You know it’s really bad when anger turns to apathy. When the final whistle that signals another abject home defeat is met with silence from deserted stands, rather than a cacophony of booing.

Without condoning the actions of those who recently chose to vent their frustration outside the Directors’ boxes, at least it shows that there are still people who care enough to do it.

Others, like myself, are struggling to see the point of it all.

As things stand, 17th place in the Premier League is our glass ceiling. While it’s hard to form a robust argument as to why Norwich City deserves a higher place in football’s hierarchy, the disheartening truth is that we’re not even pressing against the glass, let alone threatening to break through it.

Worse still, we’re forced to endure the taunts and disdain from those staring down from the other side of the glass, waving their money in our faces and their hands to bid us farewell.

In happier times, when he was more likely to walk on water than up and down mountains, Stuart Webber gave an interview in which he referred to football being an ‘infinite game’, a phrase he had taken from a book by the author and motivational speaker, Simon Sinek.

According to Sinek, a finite game is one with a clear objective and played within defined parameters, whereas in an infinite game, the rules are changeable and the objective is simply to perpetuate the game.

When it comes to football, a match would be considered a finite game. Played over 90+ minutes with the objective of scoring more goals than the opposition and with rules that are clearly applied and understood (unless Simon Hooper is officiating).

It’s fair to say that a football season is finite too. Whoever collects the most points, wins the league and gets a trip in an open-top bus. Those who fail to pick up the points are sent off to a lesser tier.

But after a brief summertime break, the league tables are amended and reset, and the whole thing begins again.

So, Stuart Webber is right; since the 19th June 1902, Norwich City Football Club has been playing an infinite game. Year after year, across multiple divisions, against an evolving list of opponents.

It’s a game you can’t ultimately win, as it never ends.

However, in the infinite game you can ‘lose’ – if or when you stop playing, as fans of Bury and Aldershot, amongst others, will testify.

I’m old enough to remember when the phrase “it’s a game of two halves” constituted the epitome of footballing wisdom, so to have our sporting director philosophising about the infinite game while developing a Club strategy built on long-term sustainability was a refreshing eye-opener.

And yet, here’s a man who finds himself increasingly criticised and accused by some of our fanbase as being arrogant and self-serving.

I’ve never met him and have no reason to challenge the perceptions of others.

However, it’s hard to reconcile that opinion when Webber has clearly prioritised the Club’s long-term stability over his personal ambitions. A truly self-serving man would surely pursue short-term success and be prepared to gamble with the Club’s future, knowing that someone else will have to deal with the consequences after he has gone?

The fanbase remains divided over the ownership and direction of the Club and perhaps that division, alongside the recent criticism of Webber, is driven by the extent to which we as individuals embrace the principle of football being an infinite game.

There are those, often branded as happy-clappers or apologists, who fully accept the Club’s journey up and down the football league. The pain of relegation lessened by the knowledge that a new season will start soon enough, with their team taking the field. They will experience the same matchday emotions regardless of which division that’s in and who the opposition are.

In many ways, I envy them.

Because there are others, like myself, who struggle to accept that the principal aim of the football club is merely to survive. Deep down, I know it’s true, and with over forty seasons under my belt, you would think I’d have made my peace with it by now.

And the main reason I haven’t is that while I accept that the Club is playing an infinite game, the resources that I have to invest in it – namely time and money – are finite.

To accept the status quo is to accept that I will never get to see the club I love, challenge for the Premier League title, or play in Europe again in my lifetime. And while I realise it’s something the vast majority of football fans are resigned to, I want to believe there’s at least a chance.

Aside from the ‘elite’ few with their limitless wealth, every club has its own glass ceiling. For some it’s breaking into the top four, for others it’s getting out of League One. Many more face the prospect of mid-table mediocrity each and every year.

The fact that we find ourselves, alongside Fulham, residing in football’s purgatory between the top two divisions is both a blessing and a curse.

On the one hand, it provides us with a tangible target each season, beyond simply fulfilling the fixture list. On the other, it serves as a stark reminder of our place in football’s hierarchy and the chasm that exists between ourselves and the rest of the top flight. One that, as things stand, we have no chance of bridging.

And it’s for that reason, that I want a change of ownership. A reset of the dials and expectations.

I don’t want to be told that League One was fun (NB – it was) because I aspire to bigger and better things and want to see some sign of progress.

It probably makes me guilty of all the things that Stuart Webber is being accused of. Self-serving and putting my own interests ahead of the Club’s long-term future.

And if it was to happen and we broke through the glass ceiling, only to find a new one in its place, what then?

Well, I’d probably moan about that too.