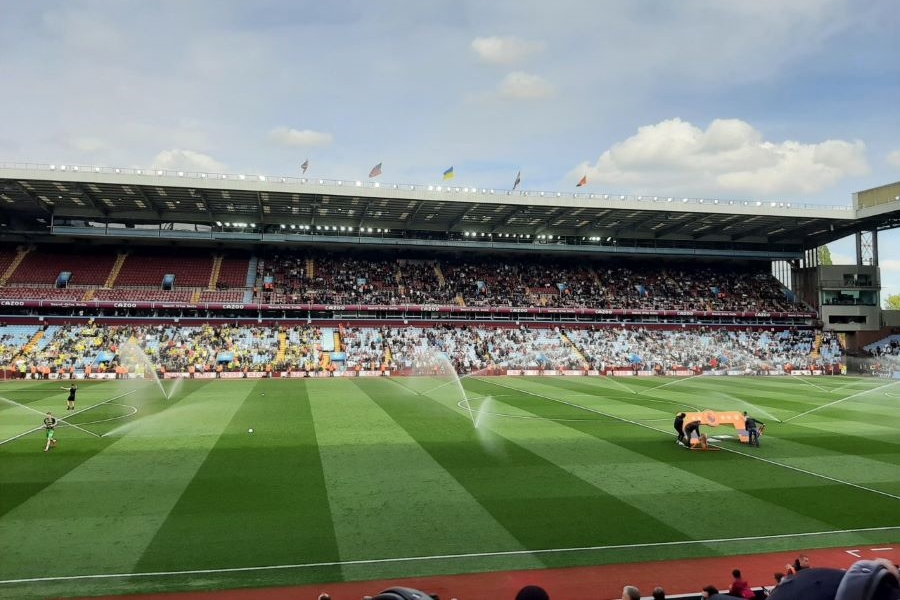 While Samuel Seaman has departed the good ship MFW for pastures greener with our good wishes, his shoes have been filled by another football journalism student of Derby University, Louis Woodrow.

Louis was granted his first access to a press box yesterday and so, from the best seat in the house, penned this piece for the university website…

Norwich manager Dean Smith believes his side have lacked quality following relegation but believes they should aspire to win the Championship next season.

The City manager, following the Canaries’ record sixth relegation from the Premier League, admitted that he expected relegation to come in recent weeks.

The Canaries fell victim to goals from Ollie Watkins and Danny Ings in a 2-0 loss against Smith’s former club Aston Villa, condemning them back to the Championship. Burnley also completed a comeback win away at Watford to seal Norwich City’s fate.

Smith said: ‘Unfortunately, over the season our performances haven’t been good enough, we’ve lacked the quality required in this league, as we all know it’s a very tough league.’

‘Over the last four or five weeks there’s probably been an inevitability about it.’ The 51-year-old added.

Smith admitted that errors from individual players have crucially costed the club this year, he said: ‘Unfortunately, probably over the last 10 or 11 games a slip or an individual error has cost us.’

Smith gave his initial thoughts on the club’s relegation to the Championship, he said: ‘My reaction is obviously bitter disappointment, and I take full responsibility as well.’

He admitted that the club’s demotion wasn’t unexpected, and that he had been expecting it for several weeks.

The 51-year-old said: ‘Over the last four or five weeks there’s probably been an inevitability about it.

‘We’ve been planning for two scenarios for the past three months, and one of them has been confirmed today.’

Smith offered some comfort to the no doubt grieving Norwich fans however as he gave his thoughts on next season: It’s imperative that we all stick together, learn our lessons, and get ready for another tilt at the championship.

‘The last two times this club have been in it (the Championship), we’ve won it, and that’s what we have to aspire to now.

‘The club’s very well run, there’s only one player out of contract at the end of the season so there’s not an awful lot we’ve got to do.’

Smith even went as far as to admit that planning for the Championship next season is already in place. He said: ‘We haven’t improved enough to stay in the league but there’s certainly a lot to work with.

‘There are some really good players at this football club that I think can get better, but they’ve found the step to the Premier League a bit hard.’

Norwich have four remaining Premier League fixtures to play out before they head to the Championship ahead of the 2022/23 season.