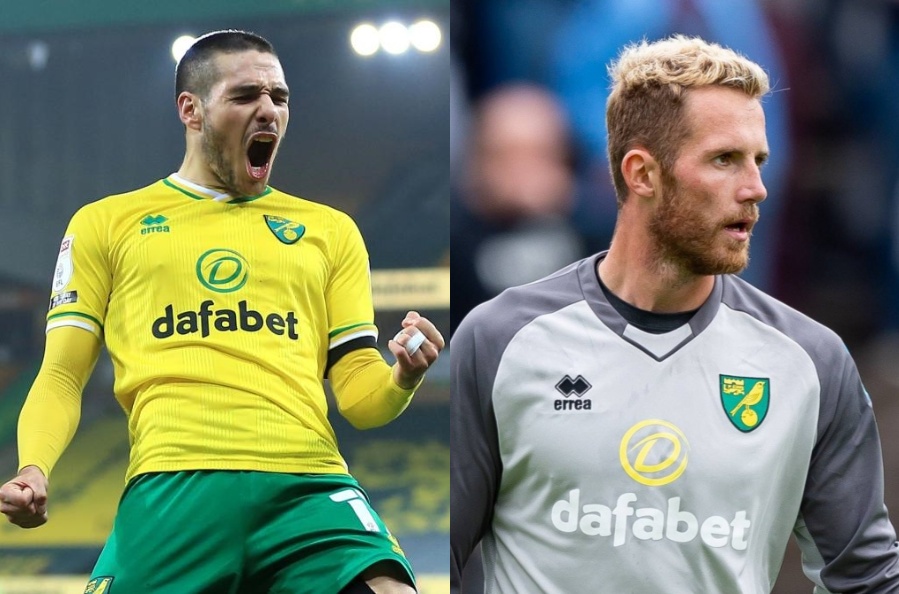 Over recent weeks, there’s been a lot of scepticism surrounding Stuart Webber and the immediate future of Norwich City. Elsewhere on this website, there are numerous posts about this in more detail, but in light of them, I’ve compiled a list of what I consider to be the best and worst incoming transfers under Webber’s stewardship, in my opinion.

Feel free to agree/disagree in the comments – I look forward to reading your opinions.

It’s impossible not to put Teemu Pukki at the top of this list. The Finn was a relatively unknown name to English football fans before his arrival, having had largely unsuccessful spells at Sevilla, Schalke and Celtic, but Pukki had been going under the radar at Danish side, Brondby, scoring just under a goal every two games. However, ahead of the 2018-19 season, Teemu Pukki was available on a free transfer, so City swooped.

Since then, he’s been nothing short of phenomenal. Teemu has been named in the EFL Team of the Season twice, been nominated for Championship Player of the Season twice (won it once) and scored an immense 55 goals in 84 Championship games. Arguably one of the best free transfers in world football, the signing of Teemu Pukki was undoubtedly a success.

Josip Drmic is probably best known among Norwich fans for his budding music career while at the club. In all seriousness, City fans will always treasure Drmic’s FA Cup goal against Tottenham, but that’s about it. He only managed three goals in 24 games before falling out with Daniel Farke and being shipped off to HNK Rijeka in Croatia.

For most, Josip Drmic’s time at Norwich City was a failure. We’ll always have No Tomorrow though.

Marcel Franke signed for Norwich at the start of Daniel Farke’s tenure. He played in the first five league games of the season, but following City’s 4-0 defeat at Millwall, the German was dropped with Grant Hanley joining and Timm Klose returning from injury. He left on loan in January 2018 and never played for the Yellows again.

Perhaps the most disappointing part of this transfer is the reported £2.7m fee paid to bring him to the club (according to Transfermarkt).

Tim is another free transfer phenomenon. Prior to his arrival at City, most knew Krul for his 11-year stint at Newcastle and penalty heroics for the Dutch National Team. He joined City following a year at Brighton, where he was a back-up keeper. It seemed a smart deal at the time, following Angus Gunn’s departure, but I don’t think any Norwich fans could anticipate just how successful Tim Krul would be with Norwich City.

Nearly four seasons later, there’s no doubting that Timmy Krul is a fan-favourite among Yellows. A main-stay in two title-winning seasons and Player of The Season winner in the 2019-20 season, the Dutchman is surely one of Webber’s most successful signings.

It’s fair to say that Norwich fans weren’t full of optimism ahead of Josh Sargent’s arrival. The American had averaged roughly a goal every six games in the Bundesliga for Werder Bremen but was highly rated, and highly-priced.

The main reason I’ve included Josh Sargent in this list in a negative capacity is because of the hefty price paid. At the time of joining, Sargent was Norwich’s record transfer but (also at the time of writing) he’s not returned that in the slightest. The only highlight of Josh’s City career so far, is Watford (A) where he scored that memorable scorpion kick.

While I’m still optimistic, £10 million for a handful of open goal misses and a scorpion kick has to be deemed a failure.

Mario was one of Stuart Webber’s first signings at the club, and I’d argue it was a successful one. He was signed for a minimal fee from Darmstadt 98, and spent four years in yellow and green. Vrancic provided City fans with so many memorable moments during his time at the club – Leeds away, the Sheffield Wednesday free kick – everyone in Norfolk fell in love with Super Mario.

This, for me, is why the signing of Vrancic was a success, and he’ll always be fondly remembered for his moments of magic.

When it was announced Ralf Fahrmann was joining City ahead of the 2019-20 season, most fans were excited. He was the captain of Schalke 04, and had a number of Bundesliga and Champions League appearances. Things didn’t turn out as hoped, though. Fahrmann only made one league appearance at Norwich, and that was a 22-minute cameo against Crystal Palace.

While it’s disappointing that City fans didn’t get to see more of the German, it’s more of a concern that £2.7 million was sanctioned as a loan fee. To put that into perspective, it’s more than the transfer fees of Emi Buendia, Kenny McLean, Mario Vrancic and Tom Trybull combined. There’s no doubt, the signing of Fahrmann was a poor one.

Super ‘Olli’ Skipp joined on loan ahead of the 2020-21 season and is remembered by Norwich fans as one of the best recent loanees at the club. He was one of the first names on the team sheet and constantly demonstrated maturity and composure beyond his years.

Much of the City fanbase wanted Skipp to return ahead of the 2021-22 season, but his importance in the Tottenham squad shows what a player Norwich had on their hands. A new contract with Spurs is the least Skipp deserves, and I’d expect him to be in the England senior squad over the coming years.

Ben Marshall joined following impressive spells at Wolverhampton Wanderers and Blackburn Rovers, and naturally excited City fans. He started the first four games of the 2018-19 season, but would never play another league game in yellow and green.

A reported £1.5 million fee was paid for half a season’s service before Marshall went on loan to Millwall and his contract was terminated. Surely this is one of (if not the) worst transfers sanctioned by Stuart Webber during his time at Norwich City.