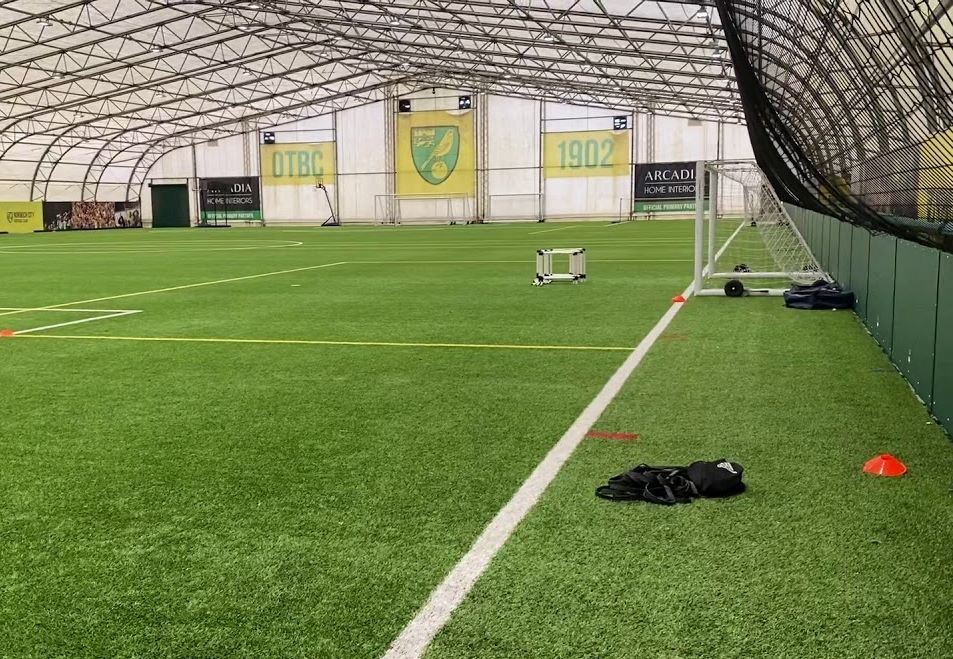 City’s Academy has rightfully received a lot of praise over recent years for the number of young talents nurtured into first-team footballers, such as the obvious ones like Ben Godfrey, Max Aarons and Todd Cantwell.

In this article, I’ll be taking a look at the next generation of prospects to come through at City, and give you five players who I’ll be keeping a close eye on.

* I’ll only be taking players listed in the Under-23s on the club website, meaning the likes of Jonathan Rowe, Bali Mumba and Josh Martin miss out.

Jon Tomkinson’s a centre-back and captain of City’s Under-23 side. He joined in 2019 after originally trialling for Ipswich Town, but made the decision to cross the border and play in yellow and green. A mainstay in City’s ‘reserves’, Tomkinson’s played 22 games this season racking up some very impressive stats – an 87% pass completion percentage, 73% success rate in aerial duels and three goals.

You may recognise Tomkinson’s name from featuring in a number of first-team squads this year. It’s clear he’s in Norwich’s plans over coming years, with the American signing a new contract earlier this year. One to keep an eye on, for sure.

Flynn Clarke joined Norwich in the summer of 2021 for an undisclosed fee from Peterborough United, his hometown club. Clarke joined the Posh setup at the age of nine, signing his first professional contract at 17.

Last season, he scored three goals in 11 games for Peterborough’s first team before making the move east. He ended the Premier League 2 Division 2 in fine form, scoring four goals in his last four games. The midfielder is certainly one to watch for Canaries fans, no doubt venturing into the first-team reckoning before too long.

Rocky joined City in 2019, after impressing for Belgium Under-21s and KV Oostende. He’s yet to make a first-team appearance for Norwich, but following several loan spells, Bushiri is highly rated among Norwich fans.

Currently, Rocky is out on loan at Hibernian, who have an option to buy the Belgian, but it’s looking unlikely, despite his positive performances in Scotland. If he does stay, Rocky will prove to be a useful player for City’s Under-23 side, and perhaps push for a first-team place over the coming seasons.

TDP has had an excellent season in Alan Neilson’s Under-23s side, earning him a new contract and a loan move out to Gillingham. He’s always been a promising goalscorer, scoring 14 goals for Norwich’s academy last season, and notching up 13 goals and six assists in the first half of this season before being loaned out to League one, making his first appearance against Ipswich.

He’s made nine appearances since January, not managing to make any goal contributions so far. I expect the 19-year-old to have another loan move out next year, where he’ll hopefully be able to make an impact.

Abu Kamara is one of the most promising players in Norwich’s academy. At only 18, he’s finished this season as the Premier League 2 Division 2 top scorer, with 15 goals. Deadly from the penalty spot, Kamara’s got a 100% record this season from 12 yards.

The young striker has made 24 key passes over this campaign, getting four assists and being the focal point in attack. Interestingly, despite being from London, Abu has been at the club for a number of years, joining the Under-11s.

So, they’re my top five picks from Norwich’s Under-23s. Obviously, the likes of Jonathan Rowe, Andrew Omobamidele and co, would’ve been in here but they’re listed as being in the first team – despite the former making 17 under-23 appearances this season.

Let me know who you’re excited about seeing progress.