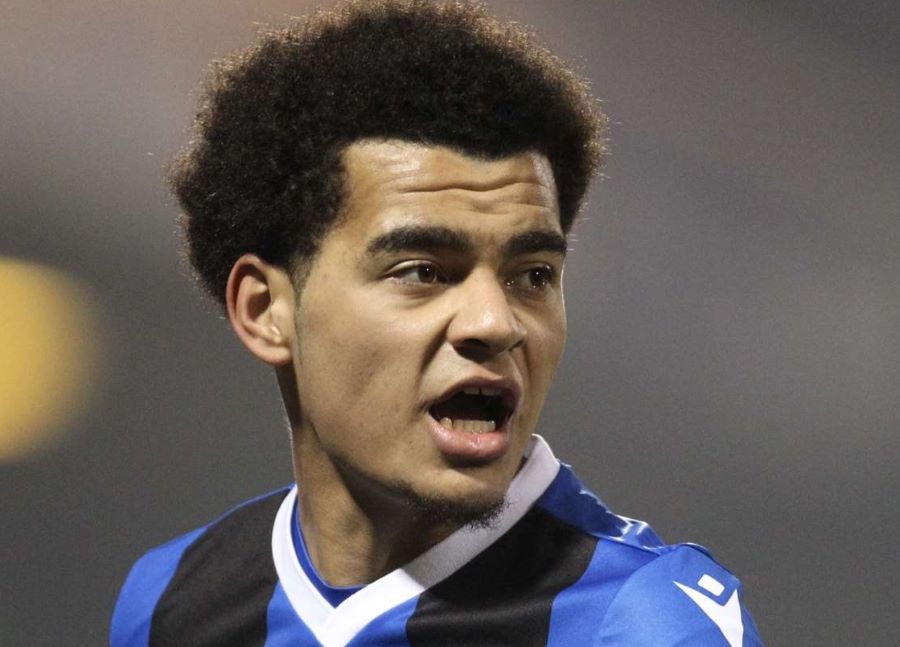 ‘Crown jewels’ was a frequently used term in the summer of 2020 when Norwich were at risk of losing Todd Cantwell, Jamal Lewis, Max Aarons, Emi Buendia and Ben Godfrey.

In the end, City lost two of them in that summer – Jamal Lewis and Ben Godfrey – which brought £40m into the club. Then followed the departures of Emi Buendia in summer 2021, Todd Cantwell leaving on loan to Bournemouth in January 2022, while Max Aarons is still in the building.

I’ve followed the progress of Norwich City Under-18s and Under-23s for the last two seasons now and there are definitely more players on the cusp of first-team football. I’ll come on to a few of those later on in this piece.

In recent seasons, Norwich have had a tendency to put their academy talents straight out on the loan market – the likes of Tom Dickson-Peters (in header image), Tyrese Omotoye and Dan Adshead for example – but some City fans have questioned the process as first-team appearances have been limited for Tyrese and Tom.

However, to caveat that, the Canaries do seem to retain the academy prospects they believe can make an impact on the first-team immediately – Andrew Omobamidele and Jon Rowe being two prime examples.

In every academy, there are players who develop quicker than others but I would question if we’re maximising the potential of every young player. Have there been any proper loan successes since Ben Godfrey at Shrewsbury and Todd Cantwell at Fortuna Sittard?

Genuinely, the academy is superb at crafting wonderful talents, but there are always opportunities to improve.

So It got me thinking – should City change the timing of when to loan out their brightest talents?

It’s been a question I’ve been thinking about more and more, throughout the academy season, especially as Norwich have got some incredibly talented players currently in the Under-23s squad.

I believe it is something that needs to be reviewed when this season ends. But I don’t expect there to be dramatic changes to how they go about putting a player out on loan.

On the whole, the research that goes into a loan move has been impressive. For example, Neil Adams identified the Dutch second tier which led to Todd Cantwell, Dan Adshead and Sebastian Soto all learning their trade at a decent standard.

But to counteract that, I look at Tom Dickson-Peters’ loan move to Gillingham this January (he’ll be a good asset to this football club one day) and wonder whether he too could have been better utilised abroad.

Having watched Tom progress for 18 months prior to his loan stint at Gillingham, his strengths are his movement in attacking areas, his ability to link the play and his ruthlessness in front of goal but having watched Gillingham this season, they don’t really seem to have a clear identity on the pitch – it’s all mix and match with keeping the ball at times, and going direct at times, which ultimately led to relegation.

Tom’s traits didn’t correlate to Gillingham’s way of playing. If Norwich had seen a need to strengthen Dickson-Peters’s physical capabilities by going on loan to a League One side then I’d understand it, but he needs to be going to a club where he can play and score goals.

In this instance, perhaps staying the season with the Under-23s could have been a better choice for him, as when he left for the Gills he was the Premier League 2 Division 2 top goalscorer. It’s now up to Tom to come back next season and overcome the challenge of a goal drought, perhaps at another club – that would really show his character!

It’s a fine balancing act that the club needs to get right with loan moves – giving their academy player valuable experience while making sure they continue to perform to a good standard.

The worst-case scenario is where an academy graduate is performing consistently for the Under-23s, but fails to replicate that level out on loan, Rather than enhance, it could potentially hinder their development.

As we all know, being a self-funded club means getting every department of the club performing to a high standard is imperative. Making sure academy players perform on loan is vital, and I think the staff involved with that need to keep developing too.

So who potentially are City’s next batch of crown jewels?

Well, not only do have we had some fabulous talent on loan this season, there’s been an abundance of players who’ve impressed throughout the season in the Under-23s.

An article went out last week on MFW from Jamie Lauder looking at some of the players that could potentially make a breakthrough next season and I certainly second the opinion that Jon Tomkinson (centre-back) and Flynn Clarke (attacking-midfielder) could be involved.

I’d also throw in there, the highly-rated Liam Gibbs in there too, and the lively Tony Springett – who was given 45 minutes against West Ham on Sunday. Gibbs was attracting interest from a few clubs in the summer, including Leeds, but he chose to cross the border to Norfolk on a four-year deal.

Springett has progressed well over the last two seasons when his goal and assist tallies have been healthy, but he has been largely overshadowed by the progress of Jon Rowe and Abu Kamara.

Springett played some minutes with the Under-23s last season but struggled to make an impact, mainly due to the lack of physicality needed when making the step up from under-18 to under-23 football.

However, this is far from the case this season, Tony has looked stronger, quicker and braver. He’s always been a confident lad who backs his abilities and in the league and cup campaigns for the Under-23s, he’s scored eight times and assisted 11. It rightfully earned him a spot in some first-team matchday squads and, of course, those 45 minutes on Sunday.

You’ve also have to add Jon Rowe, Dan Adshead and Tom Dickson-Peters to that list, and let’s not forget the likes of Christos Tzolis and Sam McCallum who are still young players with room to develop.

So, there is some undoubted talent in the Under-23s. But how do we get the best out of them?

Well, first of all, despite the temptation, it’s important not to rush five or six of them into the first team at once. It’s important for an academy player breaking out on the first team that his confidence remains high. With no experience of first-team football, it could be harmful in the long run, especially in a team that’s desperately low on confidence.

You want young players to learn from the current first team as they’ll potentially be their teammates going forward, so building those relationships on the pitch is imperative. It can’t be the case, for example, that you chuck a whole squad of Under-23s in against Spurs on the last day.

Linking into my previous point, you have to play the likes of Tomkinson, Rowe, Springett, Clarke and co with experienced players alongside them. For example, Tomkinson alongside Grant Hanley would be ideal and could be a potential partnership moving forward.

You get the best out of young players if you already have a solid foundation and structure in place. The introduction of Andrew Omobamidele in the first team at Preston last season was a perfect example, as having a spine of Hanley and Tim Krul was part of Andrew producing a fine performance that day.

I must give Dean Smith and his coaching staff credit for how they are utilising Jon Rowe. While his sub appearances this season haven’t been enthralling, he’s used Jon well. Giving him game time in situations in which points are up for grabs is brilliant for his development as it makes him feel valued – an important message to the academy. It highlights how effective the pathway can be.

So, overall I’d say the academy is looking better than ever, but the club must make sure they maximise every player’s potential.