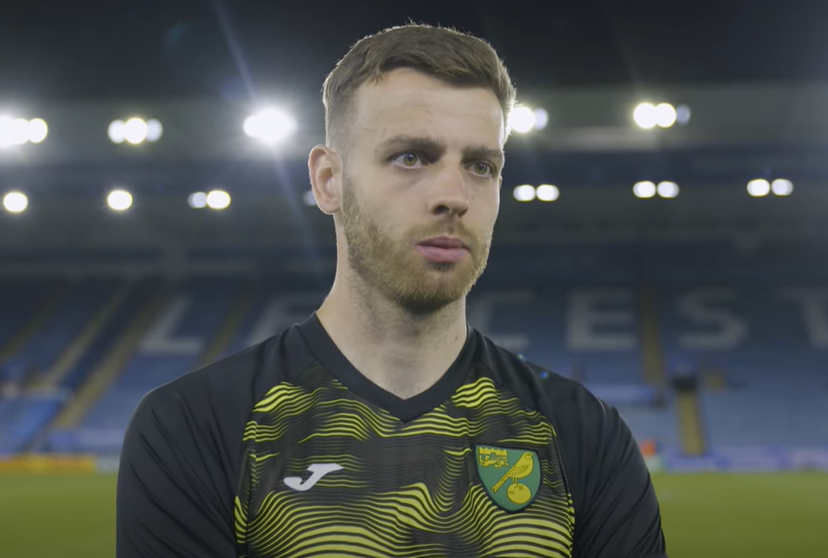 Only two more to go, we can do it! Yes my fellow supporters of NCFC we can collectively get to the end of this wretched season, the one that promised a little but achieved absolutely nothing but condemnation and humiliation from the PL pundits.

Unless we are to class a seemingly regular bashing and bruising of the tattered and torn by Premier League elite and not so elite alike as an achievement of course. And 21 points from 36 games and a goal difference of -56 is quite an achievement in some ways, but surely not something you should be proud of.

Our latest reverse, 3-0 at the King Power, saw a couple of positives as in a starting debut for Tony Springett and a few other changes in selection. Ultimately this match was the definitive game that meant nothing, with mid-table mediocrity facing what many media types would describe as the side everybody outside Norfolk wanted to be relegated – us.

We had quite a reasonable first half, but as soon as Leicester opened the scoring we all realistically knew that there would be no coming back and so it proved.

I found Dean Smith’s post-match comments quite interesting, so I’ve picked out a couple:

“We are a team that has been recruited to play possession-based football, but unfortunately at this level, we are coming up against teams who are going to be better than us with possession at times.

“They upped the tempo of the game second half and once the first goal goes in it mashes with our brains a little bit and we suffer then. It becomes hard because we have to try and chase a game and we are not good at that because we are a better team with the ball than without the ball.”

I’m not sure I’ve heard the term “it mashes with our brains” in the football context before so I’ll have to give Deano some kudos for his originality there but we all know what he means!

Angus Gunn must have been grateful for a rare start doubtless caused by Tim Krul’s recent loss of form. He added:

“I think in the first half we did put on a good show, and we are probably a bit disappointed not to go in one or two up. They were putting a lot of pressure on us, but on the counter-attack, we did have a few really good chances and I think if one of them goes in then it could have been a different story.

“We were obviously backs against the wall for quite a lot of the game, to be honest, but I felt pretty comfortable in the first half to go in with a clean sheet and then the deflection for the first goal was not kind to us but these things happen in football.”

I woke up to an interesting set of messages from mi Posse this morning in which Alex B had questioned why there were no cameras zooming in on Delia and Michael from the stream via which he, Alex A and Bernie Owen were watching the match.

Bernie later replied: “At about 83 minutes there was a 10-second or so close up of our owners. The commentator on my feed said: “and here are the majority shareholders of Norwich City, They’ve had a few complaints but mostly about Stuart Webber who oversaw the recruitment”.

“They didn’t sanction the necessary spending. They spent, but on speculation.”

As for the playing staff, there are more doubts than usual about who will be staying, let alone speculation concerning anybody coming in. This is just my view but I would put Tim Krul, Max Aarons, Milot Rashica, Todd Canwell and even Teemu Pukki on the list of those who – potentially – might not be around next season.

I know the club has taken up the 12-month option on Teemu’s contract extension, or at least very publicly announced that is their intention. Pukki has seemingly indicated in his usual quiet way that he’s happy to stay. But I’m a cynical old sod and will say that I’ll believe it when all the dust has settled.

All current loanees will be gone, of course, freeing up four places in the squad presuming it remains 23-strong.

I would love to hear Webber’s “review of the season” interview purely to understand the reasoning behind some of his purchasing decisions and if he will cut back on prospective stars of the future in order to get in the couple or three hardened midfielders with Championship experience that we so desperately need.

Maybe we won’t hear at all if he doesn’t instigate a thawing of his current relationship with the local press.

Then the MFW end-of-term reports by Andy Head will have to suffice, and unlike the musings of Stuart Webber, we readers know that we’ll be getting a bloody good laugh out of Andy’s article.

We’re shortly to be thrown to the Wolves followed by a visit from Tottenham.

As I said, I cannot wait for this season to end.

*** I’ve never been a fan of 80s synth-pop but I’ll make an exception for this, which features the legendary Dusty Springfield. All NCFC supporters and quite a few players and members of club staff will be asking themselves exactly this question right now:

@NorwichCityFC I’m coming over from Australia with my son and was wondering if I need tickets for the @officialKLtown game? #ncfc

I had prom so didn’t know about the game , any thoughts #NCFC