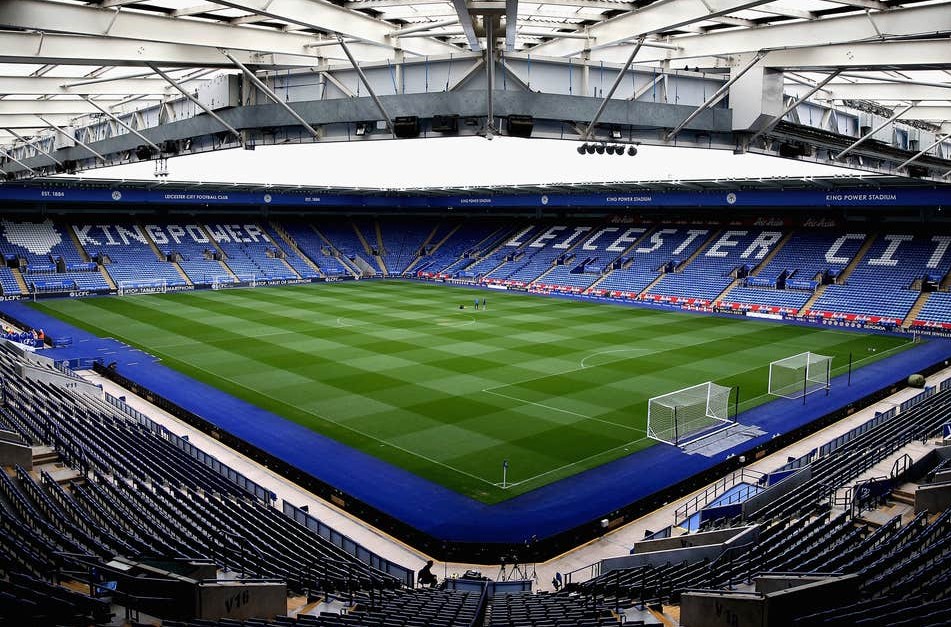 You know things are bad when you are dreading a game of football.

After the limp surrender against West Ham, there was little prospect of anything other than another defeat with the only question seemingly how much of a hit would be taken in the goal difference column.

Dean Smith rolled the dice. Tim Krul, Jacob Sorensen, Kieran Dowell and Branson Williams out – the latter apparently had nothing to do with any of the social media issues over the weekend.

Most noticeably, Tony Springett was handed his full debut after an impressive second-half cameo on Sunday.

The first half was very open. City looked a completely different proposition from the meek weekend surrender. Against West Ham, players were hiding from the ball but at the King Power, the addition of the industrious Lukas Rupp and the energy and pace of Springett seemed to transform the team.

We were even treated to some slick one-touch passing the like of which haven’t been seen for some time.

Angus Gunn fully justified his selection. After 10 minutes he did well to save a rasping James Maddison shot, only to get back to his feet and parry Jamie Vardy’s effort from the rebound.

Barely 30 seconds later he dived to his left and needed strong hands to turn away another powerful shot from the former City man.

At the other end, Kasper Schmeichel also had to be at his best, saving from the impressive Springett and then Teemu Pukki on the follow-up.

City were certainly giving as good as they got, yet frequently had too few players up in support of the attacks. Billy Gilmour had a frustrating half – playing some great long, defence-splitting balls while moments later running limply into a Leicester player to give the ball away.

At the back, Sam Byram and Grant Hanley looked well in control. Successive Leicester corners did nothing but find the Scot’s head.

On balance, Leicester had the better, more dangerous possession but City were actually making a game of it.

With halftime looming, City had the best chance of the game so far. Springett made a powerful run on the right and played a great ball to Pukki. The Finn cut inside his man and hit a shot past Schmeichel in the Leicester goal, only to see it rebound off the post.

I can’t remember the last time we went in 0-0 at half-time!

Brendan Rogers switched it up at halftime, Mendy replacing Lookman. The difference was immediate.

Leicester looked like they meant business and began to pile pressure on City.  Time after time, the City defence repelled the attacks though. Hanley was again superb – blocking a Vardy shot on the half-turn that was goal bound.

But every passing game seems to bring another moment where City conspire to gift the opposition a goal. Milot Rashica won a header on the left, made the run forward to take the return ball before curling an utterly woeful cross way beyond any City player, to the far side of the pitch.

Within moments, the ball was inside the City box. Vardy hit a shot that took a wicked deflection off Hanley’s trailing leg and ballooned over the stranded Gunn.

The reaction to this was to swap Rupp for Sorensen, the German proving again that he can be a useful cog in the City midfield.

Sorensen played an overly ambitious ball to Springett. The youngster didn’t really have a hope. Harvey Barnes laid the ball to Vardy and the former England man lashed a shot past Gunn for his second.

Leicester continued to pour forward. Smith replaced the excellent Springett with Przemysław Placheta and Rashica with Jon Rowe. Regrettably, both were largely anonymous as City ran out of steam, and Leicester looked to shut the game down.

The third came from a throw on the left. The ball moved into the middle before moving inside the left channel. Gunn did well to parry the initial cross but it only fell to Maddison who smashed the ball home, respectfully turning away without celebrating.

That really was game over.

Leicester with no need to take any risks, City without the energy or imagination to make anything happen. The closest they came was a Max Aarons burst into the box when he elected to cut back to Pukki when a shot was probably the better option.

After the weekend capitulation, at least City made a game of it for 45 minutes, showing that all is not lost for next year, but when Leicester turned up the heat, once again they crumbled.

It doesn’t take a football genius to work out that a midfield will be high on Dean Smith’s shopping list. Lukas

Rupp probably deserves to be involved. The emergence of Springett shows that there is talent amongst the youngsters too. Rowe has faded after his initial burst onto the scene but will surely benefit from a season in the Championship.

So, two games to go. I for one will be glad when the misery of this season finally comes to an end.