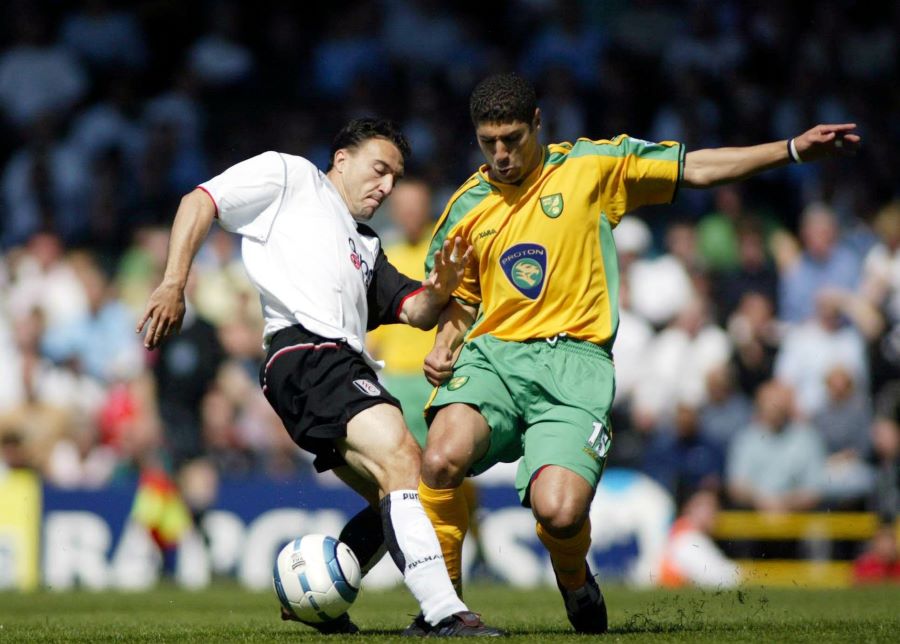 Why are so many of us so very angry at the moment?

There’s not a lot of love in the world of Norwich City just now.

Another May, another relegation from the Premier League. If you include our time on the ‘old’ First Division to those years we’ve spent amidst the self-proclaimed elite, then that’s a grand total of ten top-flight relegations since we first reached those heady heights in 1972.

Our best run during that time was the nine consecutive seasons we spent at First Division/Premier League level from 1987 to 1995.

What odds on ever matching, or even beating that sequence today?

It would mean that, if we went up again next May, we’d retain our Premier League place until the end of the 2032/33 season.

Anyone want to bet on that happening?

We’re all disappointed at another relegation. Of course we are. The one thing we all do seem to be united on is for the club to grow and, over time, become more and more prominent and successful in the English game.

But with every passing season, that possibility seems less and less likely.

I’m not going to offer up any answers here, else try to work out either needs to be done, should have been done and ought never to have been done here though. Plenty of other people have, and will, so I’ll leave that for them to do and carry on writing about the club in my usual retro fashion.

Our latest relegation has led me to think, however, about what exactly is ‘success’ when it comes to the Premier League, especially for a club of our size and fighting weight.

Is it a constant presence in the Premier League?

Maybe. But that raises another question. What is, exactly, a ‘constant’ presence in the Premier League?

Since its inaugural season back in 1992/93, a total of fifty clubs have spent at least one season in the Premier League.

Some of the names may surprise a few people, so brief and distant was their passing.

Barnsley are one of three clubs that have spent just one season in the Premier League. The others are Blackpool and Swindon Town whilst our 10 seasons (so far) playing at the highest level puts us ahead of, amongst others, Ipswich Town, Sheffield United, Nottingham Forest and Brighton (5); QPR, Derby County and Swansea City (7); Wolves, Burnley and Sheffield Wednesday (8) and Coventry City (9.

In fact, if you were to put all of those 50 clubs into a Premier League ‘table’ of sorts based upon the time they’ve spent in the league, we’d come 21st out of those 50 clubs, so a little over halfway.

As far as top scorers are concerned, we’re in 30th place, with Chris Sutton’s total of 33 goals scored putting him just above Dean Sturridge of Derby County (32) and Hamilton Ricard of Middlesbrough (31) but just below Swansea’s Gylfi Sigurðsson and Jason Euell of Charlton (both 34).

Interestingly, three players who hold the Premier League goal-scoring records for their respective clubs have all, at one time or another, played for us whilst another, very famously, almost did – any guesses?

What about transfers? It is, after all, the main talking point at this time of the year.

Few summers pass in football without any club’s supporters declaring that their existing squad needs to be ‘rebuilt’ over the close season.

As far as City are concerned, it was deemed necessary this time last year, is certainly being mooted as an urgent priority this summer and will, have no doubt about it (and no matter what the player churn is between now and September 1st) be regarded as one, again, in twelve months time.

Prior to our (and everyone else’s) first season in the Premier League in the summer of 1992, Norwich brought in four new players, namely Mark Robins (Manchester United, £800,000);  Efan Ekoku (Bournemouth, £500,000); Spencer Prior (Southend, £200,000) and a couple of ‘free’ transfers in Gary Megson and Mark Peters (Manchester City).

All barring Peters turned out to be more than useful acquisitions. But what, you wonder, would have been our chances of signing Robins had he been available last summer?

Think about it. Twenty-two years old, already a proven striker with 11 goals from 48 league appearances for Manchester United, many of which had come from the bench. Plus seven goals in six appearances for the England Under-21s.

How much money do you think they’d have been asking for someone with those stats a year ago?

When you consider that Rhian Brewster, a player who, arguably, has not come close to reaching the levels Robins had by the time he was 22 (Brewster is the same age), cost Sheffield United around £20 million two years ago and has, to date, scored just four goals for them in 46 league and cup appearances.

Suffice to say that the 2021 version of Mark Robins would probably have been available for around £25 million. Which would have ruled us out.

Picking another Premier League pre-season out, let’s fast forward to 2004/05 and our unexpected, but, nonetheless, very welcome return under the managerial guidance of Nigel Worthington.

As is the case with Robins, you suspect the chances of us signing the likes of either Helveg or Jonson today would be rather unlikely.

Helveg, then 33, was an established Denmark international who left Milan having won Serie A and the Coppa Italia during his time at the club and had been wanted by a quartet of English clubs, with Norwich’s rivals for his signature at the time being Everton, Manchester City and Tottenham.

How Worthington ever charmed him into choosing Norwich above all of the above must go down as one of the great Canary transfer coups in the club’s history although it’s likely the fact he would, upon signing, have become the club’s most highly paid player probably helped along the way.

It’s a pity that the obvious class and experience he brought to the club were never adequately made use of and, for me, he remains one of our most disappointing signings ever.

As is Jonson, a Swedish international who represented his country in the 2002 World Cup and 2004 European Championships as a right-sided midfielder/winger. He too, however, was underwhelming during his short spell at Norwich, as, like Helveg, he never seemed to get a decent run in the team in his best position.

A case of the recruitment, in both 1992 and 2004 being pretty decent but, in some cases, being let down by how some of the individuals in question were utilised by the club in a season that saw us relegated from the Premier League after just one season – the first of the four times we have now suffered that ignominious fate.

Were we all so angry and disillusioned back in the summer of 2005 as we are now?

Most Norwich fans who remember that time would, and, I think, correctly, cite the fact that we signed Dean Ashton in January 2005 rather than in August 2004 as being the major contributory factor of that relegation.

One that saw us almost become one of those teams that might have been ‘too good to go down’.

No, really. Considering that we might have been able to put out a regular starting XI as follows…

… we could have had more than a fair chance, especially if we’d been able to bed that particular 4-4-2 in before our opening fixture against Crystal Palace.

And all of that with a bench that would have included Gary Doherty, Marc Edworthy, Damien Francis, Gary Holt, Paul McVeigh and Mattias Svensson.

Which is why, looking back, the 2004/05 season remains, for me, as disappointing a relegation as any we’ve been through. Because we could have done something that season, we really could…

If we are to ever improve on our current Premier League history then we have, of course, got to get ourselves back up there, again, next season.

I read somewhere yesterday the words of a Norwich fan who wrote that ‘… this could be our last ever season in the Premier League’.

Are we about to join the ranks of Barnsley, Blackpool, Swindon Town and Wimbledon in never returning?

I wouldn’t have bet against it after every single one of those previous First Division/Premier League seasons.

But now I’m not quite so optimistic…