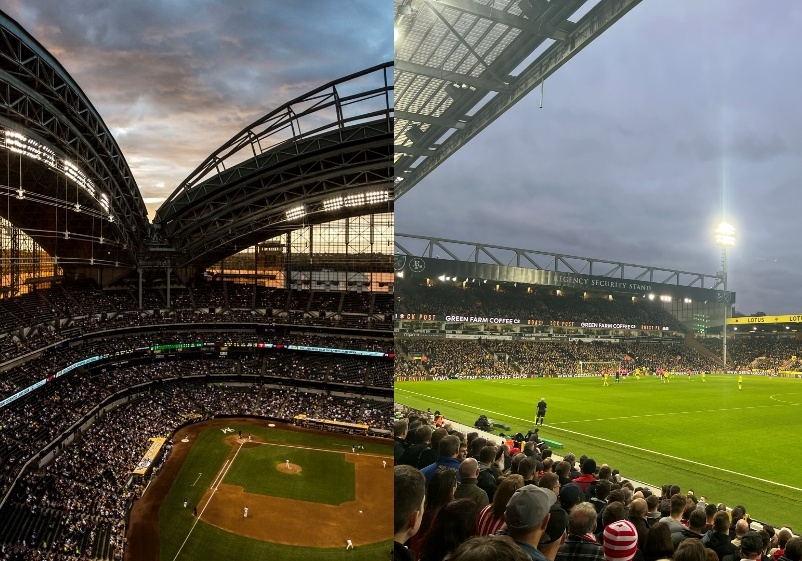 I have never had the slightest interest in baseball and freely admit that I don’t even know the rules. But what I do know is that literally millions of our cousins across the Pond are hopelessly devoted to the game that continues to rival American Football in the popularity stakes.

So why should I develop an overnight interest in it now?

I haven’t really of course, but with the news that Milwaukee Brewers owner Mark Attanasio was at Carrow Road last Sunday together with sons Dan and Mike as well as a clutch of senior Brewers’ executives – or Presidents as they prefer to call them over there – I thought I’d have a glance at Milwaukee Brewers, as perhaps others of us have done as well.

Okay, I learned nothing about the game itself but that did not stop me from picking up some very interesting information about Attanasio and, importantly, most of it seems so positive, verging sometimes on the point of the heart-warming, that on the face of it even Delia couldn’t find fault with his credentials.

Sure, he might fail the criterion that he *isn’t a fan* but he’s been to a game and if he thought we were playing in white against the yellow shirts of Tottenham he might even have been impressed with the team. His son Dan is also part of the Brewers set-up and sported a rather suave college-style NCFC scarf and you can be sure that unlike Delia he has never worn the Ipswich equivalent.

So, for me, that box is actually ticked in a funny kind of way!

Mark Attanasio was born in the Bronx, moved to New Jersey at an early stage and made more than a few bucks through various investments – all of which seem absolutely legitimate and the guy is seemingly well thought of in Milwaukee [currently the home of Schlitz, Miller Lite and Coors amongst loads of US beers I’ve never heard of] from what I could garner from various sources.

But what I found the most interesting thing about Attanasio is that when he bought the Brewers 16 years ago he laid out his four cornerstone principles. And fans seem to love him for it – yes, I did take a look at a couple of their fansites too.

Have a look at those principles, dear readers.

⚾ Delivering the best fan experience possible, whether in the stadium itself, via broadcasts or our presence online.

⚾ Continuing [for the Brewers] to be a leader in the local community.

⚾ Being behind an organisation where people want to work, whether on the field or behind the scenes.

Two other stated objectives were to continue to invest significant resources to enhance the fan experience at [their stadium] American Family Field and to sustain continuity among the leadership by securing long-term contracts with players and management alike.

He would say that, wouldn’t he?

Well, maybe not as current Brewers manager Craig Counsell has been with the team for nine years, which is in itself unprecedented in football since the retirements of Sir Alex and Dario Gradi. That Milwaukee team has been successful throughout his tenure.

So I at least can see some shared values here.

We do not know how long this has been brewing [sorry!] behind the scenes and there’s many a slip twixt cup and lip but the more I find out the more I like the sound of it.

I’d have to refer you to Gary Field’s fine explanatory article of yesterday if you wish to discover exactly how it might all work out, whether takeover, investment or something in between.

To be fair if everything is as it ostensibly seems to be, I cannot see Delia being able to put her parts on about this particular investor. I’m sure there’s a life vice-presidency in there somewhere for her and MWJ and I would have no wish to deny them that.

And then their good times could still roll – and with honour.

Gary G used Happy Days yesterday, but although I considered it this was always my choice