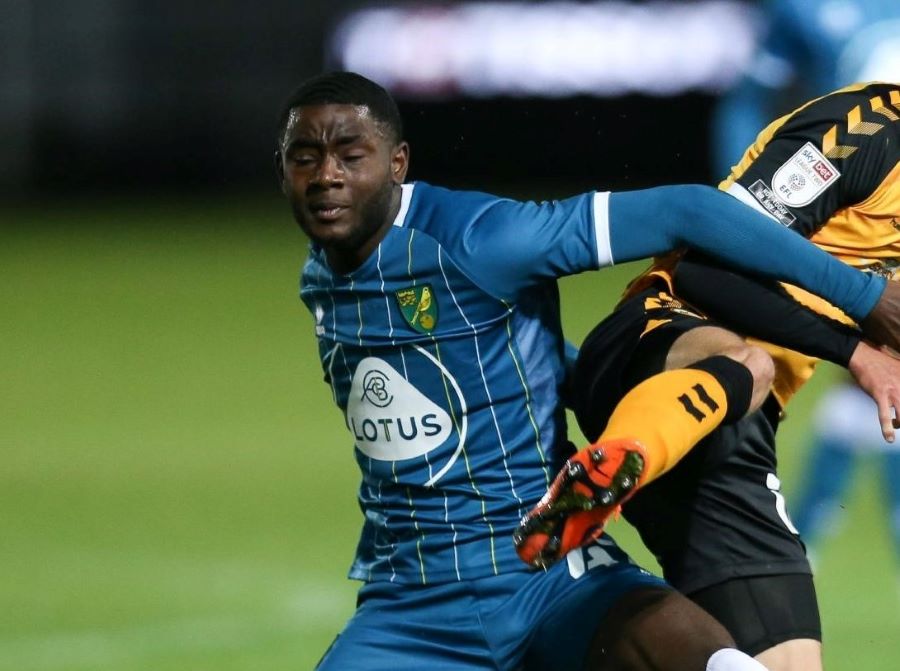 Matthew Dennis isn’t a name that will be immediately recognised by many MFW readers. He joined us from Arsenal in the summer of 2020 for a small fee and, like many similar signings that Stuart Webber seems to specialise in, was thought of as “one for the future”.

Maybe that phrase was not used by NCFC publicly, but nobody was in any doubt that was the case. On Saturday, Matt Dennis was sold to MK Dons for the all too predictable “undisclosed fee” after almost exactly three years with the Club, not that he was actually here in a physical sense for much of that time of course.***

Matthew joins the ranks of Conor McGrandles [Lincoln City] and Timi Odusina [Hartlepool United] in being sold on by Norwich City without ever kicking a ball for the first team. There are others of course, as well as a few who have also been bought in and simply released rather than attracting that unmagical word undisclosed.

Why, apart from topicality, do I single out the 20-year-old Matthew Dennis, you might well wonder.

The reason for this is that I was strolling along the Haymarket one fine summer’s day when I saw these two young lads bowling along in very high spirits, checking out the shops as they went. One had what looked like an official City training top, so I pointed at it and gave them the thumbs up and one of them pointed at my fanboy shirt and did likewise.

I thought no more of it.

The following morning there was a picture of the recently-signed Matt Dennis along with his new pal Bali Mumba enjoying a stroll in the City in the local press and I quickly realised who I’d enjoyed a cheerful exchange with.

A nice memory of a carefree summer’s day.

I am just concentrating on the young footballers we buy in, play in our Under-23s for a while and are then often loaned out under the careful eye of Neil Adams and latterly Andrew [we know you’re real name’s Andy] Hughes. I am not looking at Academy lads or speculative transfers in of slightly older players who may well be sent straight out on loan, such as Sam McCallum or James Maddison.

Some folks would claim that these youngsters are simply bought in cheaply to make what the Club hope will be a profit or we can make a first-team squad regular out of them. When they don’t make the cut, cynics will say “what a waste of time and money he was.”

But despite being a fully paid-up member of the Cynics Society, I cannot force myself to think that way in this case.

Not every young footballer is going to “make it” in terms of ending up playing regularly in the Champions League, Premier League or even the EFL Championship. No $hit Sherlock I hear you say, but hang on a mo.

The one thing a young prospect surely knows is that the day he signs for Norwich City he will be looked after off the pitch as well as on it, which is becoming increasingly important by the day in this wonderful world of professional football.

These players will know that if they show evidence of the promise believed to be in them at “point of purchase” a clear line of opportunity is there for them to progress from the Under-23s through carefully selected loans and then, with the grace of the Football Gods, a place in the first-team squad and quite likely a high-value transfer out when the time is right.

The examples are there. James Maddison and Ben Godfrey will certainly vouch for that. But we also got a great couple of seasons out of both of them, the vast majority of supporters realised that they had to leave when they did and both remain fondly remembered at Carrow Road, at least by all the folks I know anyway.

Sure, the reasons why we sold them when we did are largely unappealing but we have never been a club that is able to hang to the best of its younger players as they are peaking and that will not change in the foreseeable future as we all well know.

But is it really so bad that sometimes we develop players and don’t sell them for a profit?

I reckon we’ve struggled to break even with Dennis, McGrandles or Odusina when development factors such as salaries, accommodation [which is really quite generous, believe me], and the other allowances that are available are taken into consideration.

But I don’t see anything intrinsically wrong with this process. So what if it means we have developed a player who will never play at a higher level than League One?

What we have done is to give them the very best we can in terms of development and when they leave us it is up to them how far they progress from there.

And if it turns out that they enjoy a happy and successful career away from Norfolk, I think that’s good for all concerned and I would imagine the coaching staff will be very pleased with the fact they have helped to make professional football a young man’s career.

*** Matthew Dennis quickly became a regular for the Canaries at Under-23 level, initially as a wide player, before successfully converting into a striker. He finished the 2020/21 campaign as Norwich’s top marksmen at youth level, finding the net seven times and providing three assists, including two in the Papa John’s Trophy, one each against Newport County and Plymouth Argyle.

MK Sporting Director Liam Sweeting said: “We are delighted to welcome Matt to the club as our first signing of the summer window.

“His athleticism, directness and quality on loan at Southend alerted many clubs and I’m delighted he and his family have chosen MK Dons as the best fit for him to develop further.”

So as somebody who knew every blade of the very sparse grass on Hackney Marshes, a certain pitch at North Weald airfield and several places in Harlow I can no longer recall, I don’t feel that sorry for you Matt, but I sure do wish you all the best for the future.

No regular MFW reader would expect this from me, but I do like the odd bit of vintage pop: