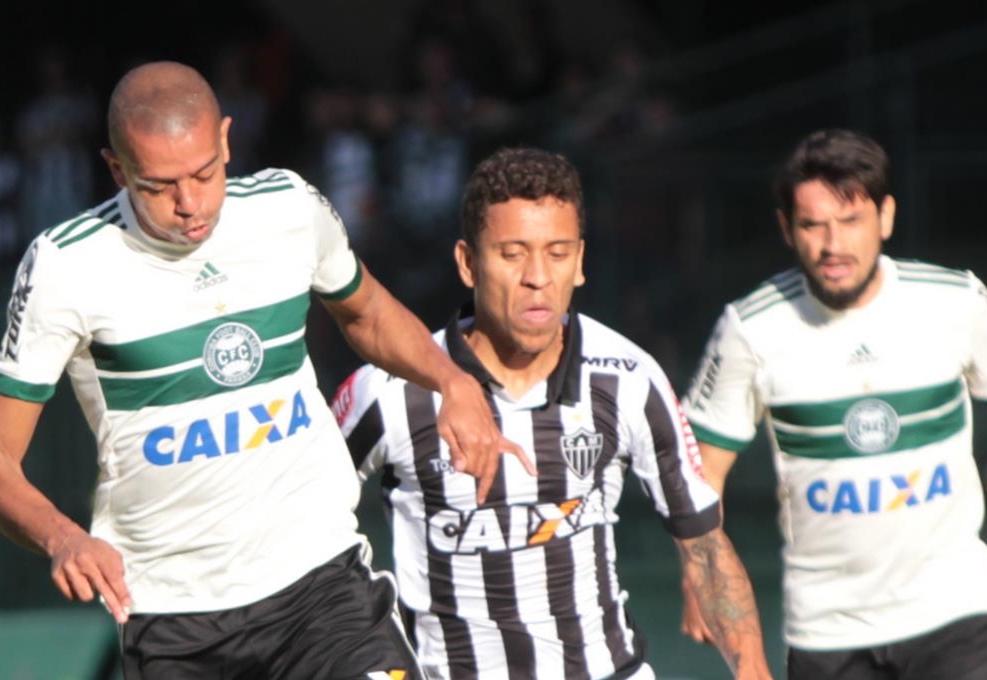 Last Friday, City announced a partnership with Brazilian Serie A side, Coritiba FC. In a quest to gain more knowledge about ‘Coxa’, as they are known, I spoke with Brazilian Canary, Lucas La Torre, and Coritiba fan, and journalist, André Ribeiro.

The big question from Norwich fans is, ‘is there any chance of us getting any Brazilian wonder kids?’. Are there any exciting players at Coritiba currently?

AR: Igor Paixão is the best player. He is a powerful, fast and young striker, formed at Coritiba’s academy. The media here in Brazil have been very impressed with him this season. Other good players who have come through the club’s academy are Natanael, Márcio, Rafael William, and Bernardo. These are gradually having chances, but Paixão is a “ready” player.

Igor Paixão is considered one of the most exciting Brazilian talents. Totalfootballanalysis.com recently published a scouting report on the centre-forward, citing him as a ‘hidden gem’. You can read it here.

Norwich have a reputation for being a community-oriented club. Can you say the same about Coritiba?

LLT: I believe the club’s values are in line with Norwich City’s. They probably agree with the partnership because of that.

AR: To be honest, I don’t see any club in Brazil with the same degree of concern for the local community as the English clubs, they do it in other ways and it’s something that Norwich can “teach” Coritiba. The club does what it can (decreases the price of tickets, calls the crowd to fill the stadiums, tries to bring the players closer to the crowd… it’s in a different way). They create a bond with the city and the stadium. Since Coritiba has very fanatical and passionate fans, the club usually strengthens this bond.

André, you’ll be biased maybe, but how big are Coritiba in Brazil?

LLT: So in Brazil what makes a club big is the number of titles. Mostly. it’s like a ranking, who has more titles is at the top. In Brazil, we have at least 16 clubs that can be called ‘big clubs’. And Coxa is one of them.

AR: Coritiba’s fans on the national scene are not the biggest: they are usually between the 20th and 25th position in the polls (here teams like Flamengo, Corinthians, Vasco, Palmeiras are teams with more national and international titles. So, here in Brazil we have many different regional cultures).

However we have the most beautiful parties in the stadiums, it is without a doubt one of the best fan bases.

I was wondering, do Norwich have a big reputation in South America?

LLT: I try my best to improve it 😊. Of course, that results in people making jokes about it. Norwich is not a club that receives hate, but also not one that receives much love, besides in the NCFC communities, like our Brazilian Canaries.

AR: Some media outlets (both serious and more football-related humorous) make fun of Norwich moving up and down the divisions (they do the same with Fulham) often, but they don’t make the effort to get to know the club better.

However, with what Lucas does with the Canaries, he makes the club have more and more supporters here… the podcasts, the videos, his history with the club generates a lot of curiosity, so some people end up finding it interesting (it helps the club have the same colours as the Brazil national team, this makes it easier for people to identify themselves).

LLT: Only with the continental competitions like Libertadores – our ‘Champions League’ and Copa Sudamericana – our ‘Europa League’.

AR: Here in South America, we have many rivalries between clubs from different countries. There are some people who like or support clubs in Brazil and like some Argentine clubs for example, but rivalry speaks louder in most cases.

There are exceptions when it involves “Torcidas Organizadas” (the “hooligans firms” of the clubs so to speak) that have friendships like Velez Sarsfield fans from Argentina and the fans of Fluminense here in Brazil. But commercially speaking, that doesn’t happen here.

Finally, do you think it’s a good partnership for both clubs?

LLT: Indeed! Not only to share experiences of the marketing, board relations and other things in that matter, but also to send players to each other, to gain field experience. Brazilian football is really competitive in a difficult way, almost any team can win the league or be in the Libertadores. But also, you see season in, season out, great clubs being relegated.

So it is really different from what we see in English football that you kinda can see those who will fight for title or relegation. On the other hand, Brazilian players can go to Norwich to see another level of football, with much more tactics, and high-level players. It’s a win-win relationship.

AR: I have no doubt that it is! The current board of Coritiba aims to expand the brand and has been very concerned with the commercial, marketing and reach of the club, which is good and shows an advance in relation to the previous boards that were bad.

For Norwich, I think it’s a good opportunity to increase their reach across the ocean and increase their market by looking for young talent who can help the club grow and become stronger. I believe that, well structured and organised, it is a partnership that can be very interesting for both.

I see that Norwich is a serious club with good people, this will certainly make a lot of people interested in the club here in Brazil (many Coritiba fans are already very active on the Canaries’ social media networks such as Instagram).

By the way, I was delighted by the way that Norwich has shown itself to be respectful. It’s admirable, that’s another very valuable point to highlight.

Thanks to Lucas and André for speaking to me about Coxa and Norwich. I hope this has given City fans a bit more of an insight into our new Brazilian partners, and what it could bring in the future.