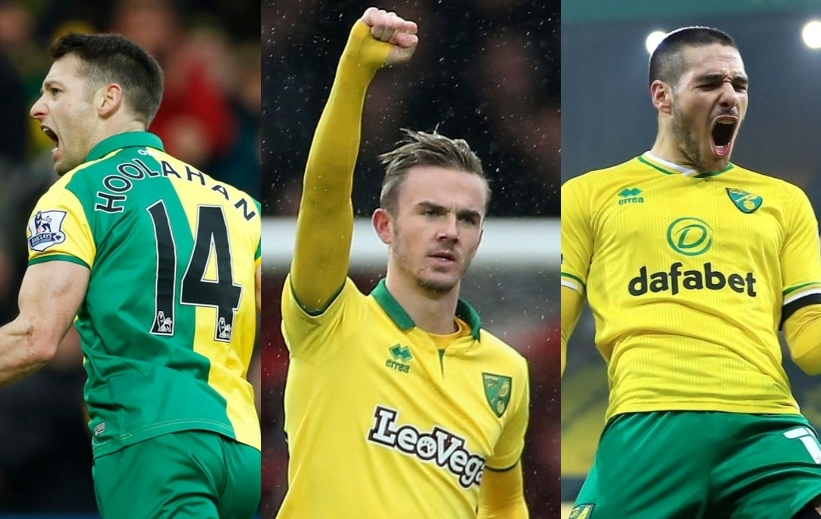 One of the big questions that currently surrounds Dean Smith is what exactly a team of his will look like. Not just in personnel, but in structure.

Through no fault of his own, he had to go with those he inherited, and this summer will provide the first opportunity he has to really forward plan and make changes to the options he has had until now.

Smith has not had a settled system since he arrived, partly due to unfortunately timed injuries, partly due to attempting to counteract the effectiveness of the opposition, and partly due to the fact that whatever system we seemed to try, nothing worked because our players weren’t good enough.

However, I think he was missing two key components to base a team around, one of which was Stuart Webber’s fault in not replacing Alex Tettey and/or Oliver Skipp. The other, less so.

If we look at the evolution of the City system over recent times, while the formation and style has been tweaked by the different managers, there is one constant that was missing last season that goes some way to providing another reason why things went so drastically wrong – the presence of a playmaker.

Paul Lambert’s diamond was predicated on providing opportunities for Wes Hoolahan to get on the ball and weave his magic. Although he later adjusted the system to include wide players like Anthony Pilkington and Elliot Bennett, Hoolahan was still the focal point.

Chris Hughton’s first season was a trudge that was made to look better by two wins at the death and a helpfully stacked lower half of the table that saw them leap up the league. But a key player throughout the impressive winter unbeaten run that was vital in giving them a points platform to stay up was still Hoolahan.

The season after, Hughton made changes. Hoolahan became, at best, a bit-part player, whereas Robert Snodgrass slowly dribbling down the right became Norwich’s new, and pretty much only, style of attacking play. That obviously ended in relegation.

Fast-forwarding through Neil Adams’ brief tenure, and Alex Neil then continued with the tried and tested 4-2-3-1 with a rejuvenated Wes once again orchestrating from the number ten role that he’d made his own. As the Neil era moved on though it was clear that time was starting to catch up with our Irish magician, and two new number 10s were brought into the club.

Alex Pritchard was a ready-made successor and but for a brutally-timed injury, Norwich might have become his team. James Maddison was another promising arrival of a similar ilk.

By the end of Neil’s final season, with Alan Irvine overseeing a disgruntled but hugely talented mid-table side, we were gifted with a few brief glances of Hoolahan, Pritchard and a just-emerging Maddison together at the end of the season.

The Farke era began with an attempt to change to a 4-1-4-1 formation. Nobody who bore witness to Millwall away can forget poor Harrison Reed scampering around behind a newly-arrived and as-yet unacclimatised Mario Vrancic and Maddison, the latter two strolling around as Norwich fell apart in as dismal a first half as we’d witnessed since Colchester 2009.

Farke, to his credit, quickly realised that 4-2-3-1 was a safer option in this league, and with Tettey brought back to anchor the midfield, and Maddison slotted into the number 10 role, we stabilised. We looked especially promising in the brief period after Pritchard returned from injury and slotted in alongside Maddison prior to a January defection to Huddersfield – one that proved to be a massive error to his career if not his bank balance.

With Maddison’s big money departure the following summer though, we were once again without a playmaker. Step forward Emiliano Buendia Stati.

While possessing all the qualities of a true number 10, Farke deployed him on the right-hand side of a 4-2-3-1, which allowed the unorthodox but productive Marco Stiepermann to play number 10 and link up with the mercurial Teemu Pukki.

The season after, while the personnel mostly stayed the same, winger Onel Hernandez, who had been the left-hand side of the three behind Pukki, made way for Todd Cantwell, another number 10-style playmaker that balanced well with Buendia on the right.

With Buendia’s departure, the role of playmaker last season really should have gone to Cantwell as the heir apparent, with Billy Gilmour from deeper in midfield expected to provide some additional creativity.

Obviously, that went majorly wrong and I won’t dwell on the reasons because lord knows we’ve all done that to death. But it’s interesting that over the years when Norwich are without a playmaker, they seem at their most vulnerable.

While Kieron Dowell could still offer something from a number 10 role after an intermittently positive end to the season, he’s not capable of carrying the team and being a focal point. And unless a miracle happens I can’t see Cantwell rolling his sleeves up and bossing the team with authority. Unfortunately, that door appears closed.

As much as a defensive midfielder is a glaring chasm within our squad that undermines everything as it stands, I think equal prominence needs to be given to finding a creator further up the pitch. They don’t always come cheap, but if history tells us anything, it’s that Norwich needs a focal point in attack.

If we nail both of those signings we improve Dean Smith’s chances dramatically.