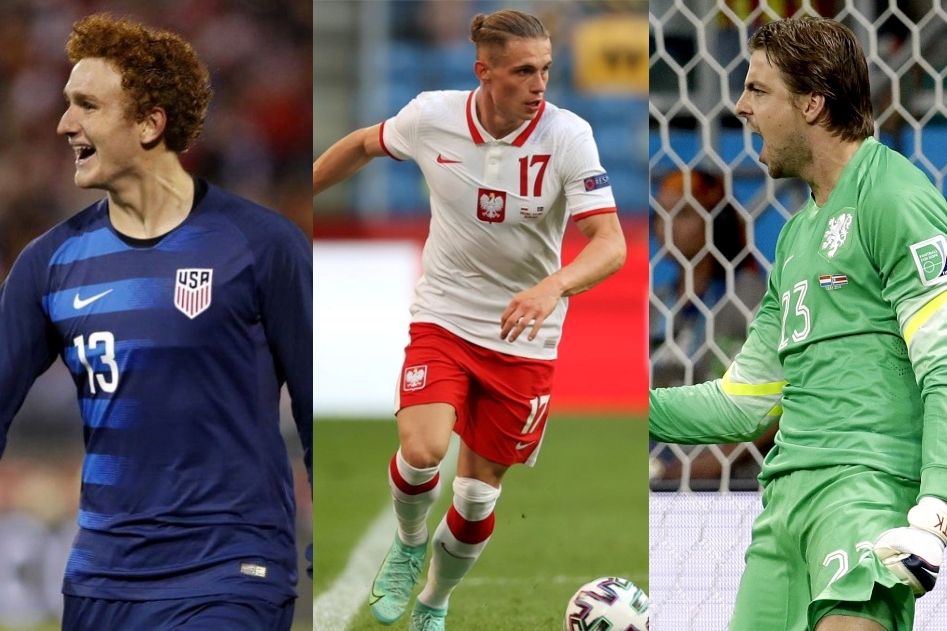 The FIFA World Cup in Qatar is set to kick off on November 21.

This is the first time the World Cup will be played in winter, with the change being made due to extreme heat during the summer in Qatar.

If the change had not been imposed, then today would have been the likely start to this year’s tournament but, instead, players have another half a season to impress and earn a space in their country’s 23-man squad.

There are several international players within Dean Smith’s squad, but only a select few will have one eye on the World Cup during the first months of the 2022/23 Championship season…

USA will return to the World Cup for the first time since 2014 after securing qualification to this winter’s tournament. They missed out on the last World Cup in Russia in 2018 and so will be looking to impress on their return.

Norwich City forward Josh Sargent will most likely make the squad this winter and travel to Qatar, despite a poor season in yellow for Norwich City.

Scoring just twice in this season in the league, Sargent has failed to impress during his first year in England and will hope his form can pick up before USA head coach Gregg Berhalter picks his final 23-man squad.

Sargent was left out of the most recent USMNT squad for their World Cup qualifiers, but it was reported that this was mostly due to the concerns surrounding COVID-19 in England at the time.

If selected, Sargent will face Iran, Wales and England in their group, and so stands a chance of making it out of the group.

Sebastian Soto has been out on loan for the last two seasons for Norwich City but has represented USMNT on two occasions previously and so may be an outside shout to be selected for the squad, although it seems unlikely.

Placheta has had a similar season to Josh Sargent at club level, failing to really make an impact in either of Dean Smith’s or Daniel Farke’s Premier League sides.

With no goals or assists in 12 appearances this season, it seems unlikely that he will be at the forefront of Smith’s mind going into the 2022/23 season, but with regard to the Poland national squad, he will be looking to make an instant impact.

Placheta has featured in the Polish squad fairly consistently since his debut in 2020 but has made just seven appearances for his national team, and last played minutes for his country back in November 2021.

Poland have been drawn in a group with Mexico, Saudi Arabia and Argentina, and so will expect to fight for second position.

The Poles didn’t make it out of the group stage in Russia in 2018 and haven’t made it to the knockout stages since 1986 when they were defeated by Brazil, and so the 24-year-old winger will be hopeful of helping his nation go one better.

Krul’s penalty heroics in the quarter-finals in 2014 is probably one of his greatest moments in professional football, but a lack of playing time for his country may affect his chances of selection this winter.

He has been selected for the current Nations League Holland squad but is yet to make an appearance. In fact, the last time he actually played for his country was just over a year ago despite regularly being a part of the squad.

The Netherlands have massively underperformed as a team since the 2014 campaign, failing to qualify for the 2016 Euros in France and the 2018 World Cup in Russia, as well as crashing out in the round of 16 to the Czech Republic at Euro 2020.

The 34-year-old keeper will have to fight off tough competition to achieve a spot in Louis Van Gaal’s starting side. Freiburg keeper Mark Flekken has played in three out of four of the last international games, and two-time La Liga champions Jasper Cillessen also seems to be ahead of Krul.

With Krul’s starting place being questioned towards the back end of the 2021/22 season, and Angus Gunn beginning to start games for the Canaries, he will have to pick up his form if he wants to represent his country at the World Cup in November.

The Netherlands are in a group with Senegal, Ecuador and hosts Qatar and so will most likely earn a top-two spot to qualify for the knockout stages.

Some regular internationals amongst the ranks at City will be sitting this winter’s tournament out, as both Scotland and Finland failed to qualify. Kenny McLean and Grant Hanley will miss out on the chance to represent their country at the World Cup after losing to Ukraine in last week’s play-off semi-final.

Finland and all-time top goalscorer Teemu Pukki will not be making an appearance in Qatar as they fell to the same fate as Scotland but failed to even make it to the playoff stage.

With the World Cup set to take place in the middle of the season, a break of almost a month will be imposed. This will undoubtedly change the dynamic of the season, and fans will have to hope that it comes at a favourable time for the Canaries.