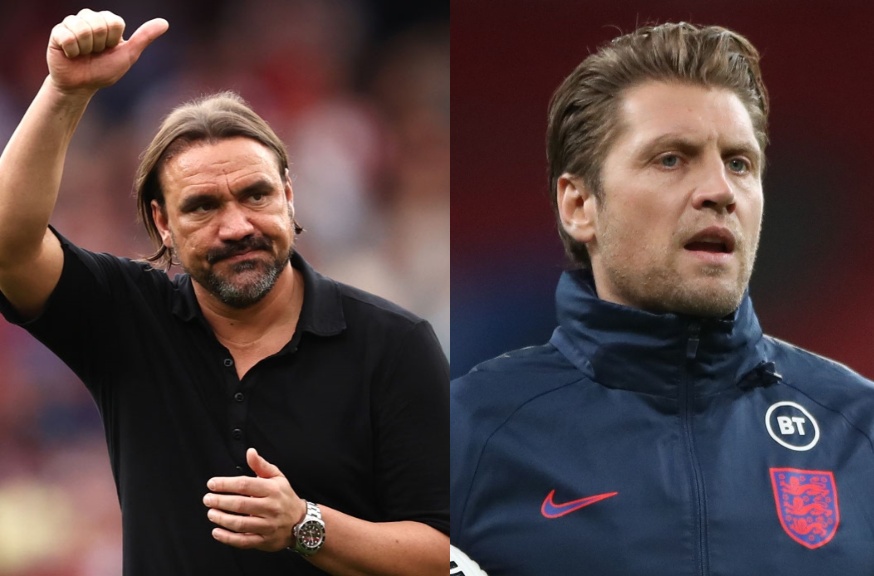 When the rumours began to circulate around Daniel Farke going to Blackburn Rovers, it was enough to make the stomach churn.

With the greatest respect to Blackburn, it didn’t feel like a natural fit for our favourite German, and the thought of him lining up in a different Championship dugout next season was about as palatable as an Ipswich Town promotion charge.

So, there was an element of comfort when, alongside the Blackburn rumour, came one that Farke was also on the radar of Borussia Mönchengladbach.

That one did feel right.

And so when, last Saturday, it was confirmed the deal had been done and Farke had signed a three-year deal for the German club, that sense of comfort turned to relief.

Part of it was the fact we’re now spared that nightmare scenario of having to watch Farke emerge from the Carrow Road tunnel and turn left, and part was seeing him get a job it feels like he deserves.

He will be joined in Borussia-Park by assistant managers Christopher John and Edmund Riemer, both of whom were with him here and in that short spell in Krasnodar, so the good folk of Mönchengladbach can brace themselves for something potentially quite special.

It’s, of course, a very different job to the one he took when he arrived in Norwich. While we were mid-Championship dwellers, Mönchengladbach are an established Bundesliga outfit who have been in the German top-flight almost permanently since it was formed in 1965.

In terms of size, and depending on the metrics you use, it’s not too much of a stretch to argue that Borussia Mönchengladbach is a bigger club than Norwich City. It’s a city with a population of 261,000 and they play in a stadium that holds over 54,000, albeit their average gate last season was 26,539 – a figure not dissimilar to our own.

They finished tenth in last season’s Bundesliga, well clear of the relegation scrap but just seven points shy of the European places, and so it will be into a club that expects to be challenging in the top half of the division that Daniel goes – a far cry from the limited, almost non-existent, expectations when tasked with tackling the Premier League with Norwich City.

Such was the charm and decency of the man, most of us have probably developed an almost instant soft spot for Mönchengladbach and will keep an eye on their results in the new season. Let’s hope too for the sake of their fans that Team Farke returns to its core belief of what we called Farkeball and that the beautiful stuff starts to click on the biggest of stages.

But, as no doubt Daniel and co are aware, it will be a challenge.

He and his coaching team proved here, in no uncertain terms, capable of getting the message across to second-tier players playing against second-tier opposition. The football was beautiful and by putting together a squad full of cut-price technicians, the ability to pass, pass and pass from back to front was irresistible.

And not only irresistible… it produced results.

Where it fell down of course was when trying to out-pass teams who had better technicians than us. At times it did work in that first Premier League season – and when it did it was wonderful – but it was fitful and generally failed by a collective lack of pace, strength and mobility.

At Mönchengladbach, he’ll be inheriting a squad that’s Bundesliga-ready and which already contains a mixture of technical ability and physicality. It will hopefully be sufficient to allow Farkeball to flourish at the highest level but it will come with added expectation and pressure.

Obviously, it would be lovely to see it work.

But let’s not still yearn for Daniel’s return to Norfolk. That’s not going to happen.

While he was handed an almost impossible task here – and by that I mean to keep a squad that was unfit for purpose in the Premier League – the Farkeball we had all grown to love had all but disappeared by the time he departed. Even the clearest of thinkers had had his mind scrambled by the sheer brutality of the Premier League.

His charm and class remained undiminished of course but in part due to the quality (or lack of) of the tools he had been given, it did feel like the end of the road had been reached. And there was one thing that Stuart Webber said in his end-of-season in-house address that was impossible to contest…

It was fitting that Farke’s final act as City head coach was to feel the love and acclaim of the travelling fans after registering that first win of the season at Brentford.

He’s a good guy, one of the best, but he’s not ours anymore.

Let’s just hope the Mönchengladbach project works out well for both sides.

In addition to the arrival of Isaac Hayden on a season-long loan from Newcastle, the summer Colney churn has also resulted in the arrival of … *drum roll* … a set-piece coach.

For those that don’t know, a 41-year-old Scot by the name of Allan Russell is joining Dean Smith and Craig Shakespeare in the role of coach with special responsibility for making the squad better at defending set plays as well as being more effective from our own in the attacking third

As Dean Smith said as part of Russell’s unveiling, “I believe that there is a lot of untapped potential for us in this area”.

While the glaring defensive errors that have led to goals conceded from corners have been less obvious over the last season – partly due to the fact we conceded goals from every which way – it has been a weakness for a while now; many previously citing Farke’s insistence on zonal marking.

But it wasn’t the system per se that was to blame in my view. It was often the terrible way it was executed.

Equally, in the attacking sense, the plan from corners and free-kicks out wide generally seems to be based around lumping the ball in with pace in the general direction of the 50p head of Grant Hanley – invariably to no avail.

So, in that regard, Russell’s arrival is almost a no-lose. You’d think that a greater emphasis on defending and attacking set-pieces is almost certain to eke out a marginal gain or two, so this particular appointment comes with only limited risk.

It’s a role Dean Smith has championed since his arrival here and is something he had at Villa Park when, in his final season, he appointed another Scot, Austin MacPhee, to the same role.

If his coaching produces, say, five or six extra points then that could be the difference between top six and mid-table.

It’s an interesting one.

We appreciate times are extremely hard for all of us, and every penny counts, but if any more of you could see fit to help us in this way, we’d be so thankful.

So, once again, thank you. Without you, the readers, we would not even exist. Please stay safe.  If anyone is interested in taking a look at our Patreon page, it’s here.