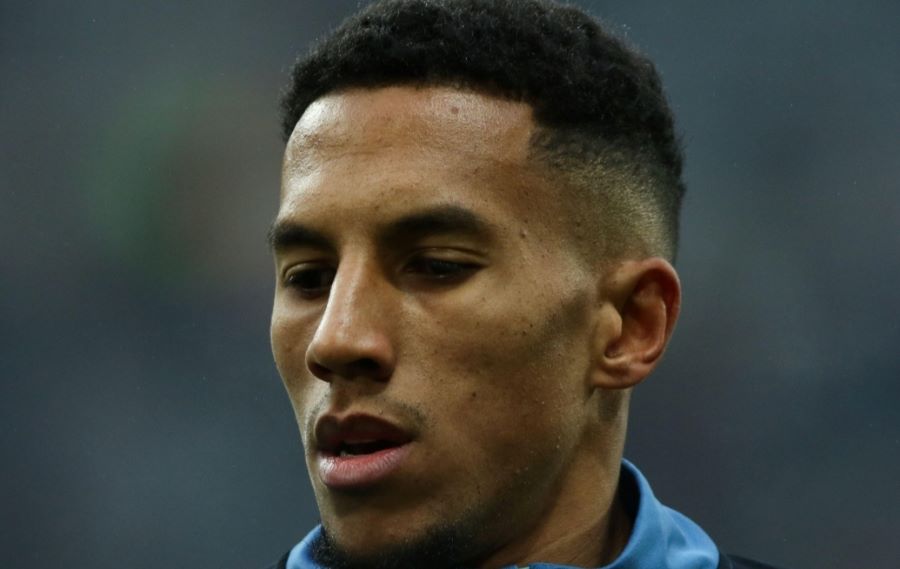 Martin hasn’t been the most auspicious forename to own throughout the annals of history as in there really haven’t been too many famous ones, with a few notable exceptions of course.***

There was a Saint Martin and there have been four Pope Martins. Martin Luther was pretty adept at the jolly old reworking of the scriptures back in the day and a man I admire very much, Martin Luther King Jr, was a prominent civil rights activist in the USA in the 1950s and 60s.

Norwich City has done pretty well out of us Martins over the years with Messrs Peters, O’Neill and Olsson. We could even chuck in Martin Chivers if we felt desperate I suppose.

One of my favourite bass players is Martin Turner from the original line-up of Wishbone Ash, but after that I’m well and truly stumped.

But when we signed Isaac Hayden from Newcastle on loan with an obligation to buy if certain performance targets are met, two thoughts struck me. Firstly NCFC [and indeed very few UK-based clubs] have never had a player called Isaac before so surely Mr Hayden would struggle to match even my lowly level of worldwide praenomen recognition, as if Isaac or I would really care overmuch anyway.

After a recent bad night’s sleep, I found I had thought overnight of far many more famous folks called Isaac than there are those named Martin and it really surprised me. I don’t google this type of thing so even now I might well have missed a few.

Back in the days of the Old Testament there was allegedly this geezer simply known as Isaac. He was nearly sacrificed by father Abraham [not the Smurfs narrator], had a couple of stand-offish children called Jacob and Esau, and generally strolled on with what folks apparently did in those days until being immortalised forever by some unknown Greek writer about 400 years after he died.

I bet the Athenian journo earned a few dinari for that particular job.

Next up has to be Sir Isaac Newton, who had an incident with a Bramley, Braeburn or whatever that led to him formulating the theory of gravity and dismissing the concept of a flat Earth. He later became an MP, so I still reckon the world might be flat after all as you shouldn’t trust the word of a politician, however intellectually gifted they might appear on the surface.

Then there is Isaac Asimov, who sci-fi fans will be aware of. I don’t much care for science fiction so all I know is that he was commercially successful beyond the dreams of most folks who have ever put pen to paper for profit. And that very much includes yours truly.

Musically we have Isaac Hayes [he is featured in today’s video clip below], best known in the UK for his orchestrated theme to the 1970s movie Shaft. There is also the American cult singer-songwriter Isaac Guillory, who wasn’t half bad if you like protest songs.

Reverting to the topic of football – hooray, you might well say – it is my duty to take readers from the ridiculous to the sublime.

Isaac Success is a Nigerian international striker who played for Watford around 20 times and scored one goal in 19 games. Loaned to Malaga, he eventually signed for Udinese. Watford paid around £12 million for him and I doubt the Hornets saw even a third of that back.

Sir Isaac Vivian Alexander Richards is thought by many to have played football for Antigua and Barbuda during qualifying for the 1974 World Cup before records were as comprehensively kept as they are today. I don’t think Viv has ever been asked directly for a comment on this but Sir Beefy [who was on Scunthorpe United’s books as a youngster] has said more than once that Viv was a fine baller.

Viv is an all-time great in cricketing terms and there is nothing I can say about him that readers will not already appreciate. And yes, he could bowl a bit as well when required.

So my waking dreams turned up many more well-known Isaacs than I ever thought possible.

If any MFW readers would care to add a couple more please be kind enough to do so.

Welcome Isaac Hayden, and I hope you’ll do us proud.

*** I am named Martin simply because that was the surname of my unofficial but nonetheless biological grandfather and back in 1926 when Dad was born that type of thing was regarded as scandalous in extremis. My son Josh has it as his middle name and at least he knows why – I’d always suspected but didn’t know for sure until Dad knew he had only weeks to live and finally confirmed it.

It might have been worse. I could have been called Bert.

Over to you, Mr Isaac Hayes: