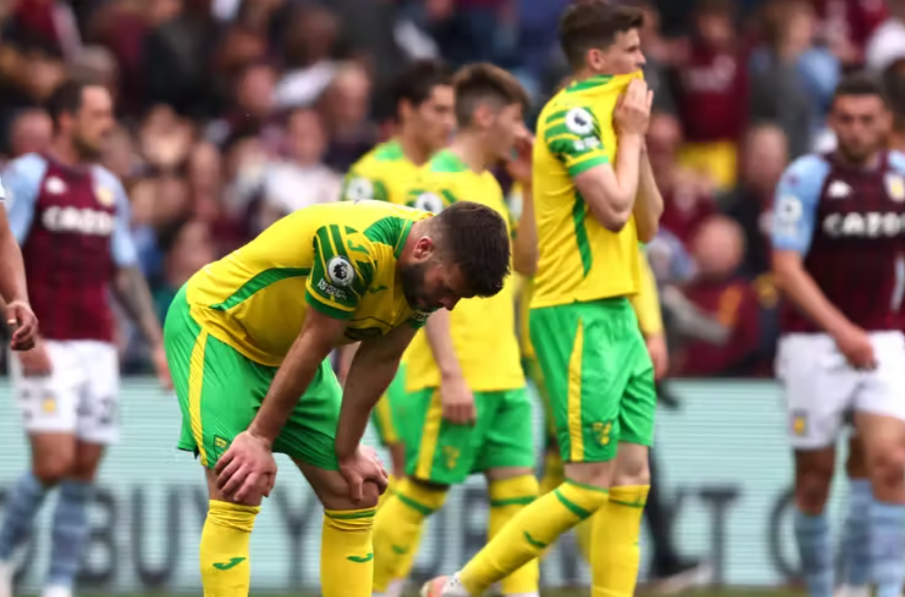 In response to an offer of an MFW guest blog, Dublin-based City fan Carl Hood was first to put his hand up. Below he eloquently explains what a tough gig it has been to be a Norwich supporter in the Irish capital over the last 10 months.

As a child of Norwich and a former season ticket holder now living abroad, it has always been a source of pride for me to don the yellow and green and strut around Dublin.

As I am sure is the case anywhere outside of Norwich, a City shirt sticks out like a sore thumb. Dublin itself seems to be around 50/50 split between Liverpool and Manchester United supporters, so a Norwich fan is considered a rarity.

I love the disbelieving looks I get when people spot me and how, without fail, if they start a conversation, they always end up talking about Wes Hoolahan, while never showing any hate for the team.

Better still is the quiet satisfaction I feel when we manage to sneak a surprise result against one of the big teams and then they don’t want to start a conversation.

I must say, however, that while it can be difficult to live away from the Fine City, sometimes the distance can be a good thing, especially when things are not going well on the pitch.

I can imagine this past season would have resulted in some heated discussions in the local after each drubbing. Here I can just switch off and carry on.

Last season I, along with many other fans I’m sure, earmarked Watford at home as the real start to the season, after the lack of a pre-season and the fixture computer giving us the toughest start imaginable.

Watford at home was the day it started for real – or so I told myself.

My wife had arranged a meal with some friends and just as we arrived, Watford went 1-0 up. I followed the match quietly, trying not to allow the result to ruin our day, but my friends could see it. I was crestfallen.

Thankfully, I was able to simply switch off and occupy myself with the occasion.

It was the start of what turned out to be the most pride-sapping season I can remember. It was at this point I pretty much gave up, as Stuart Webber would put it. Our start and goal difference were already too big to overcome without needing some sort of a miracle.

Believe it or not, as rare as we are here, there is a small group of Norwich fans in Ireland. We have a WhatsApp group, and try to meet for matches occasionally.

The first time this season we managed to get a few of us together, we all headed to the local sports bar, colours adorned to cheer us on against the mighty Chelsea.

For 20 minutes or so before the match we were filled with talk of how we didn’t deserve our position, and how we were not as bad as we seemed if you looked at the table alone, and of course the old, ‘You never know, a result here changes everything‘.

It was eight minutes in when Chelsea went 1-0 up and by the end of the match, even the group of Chelsea fans at the next table had given up making fun of us. City appeared to treat the Premier League as though it was too good for them, and they did not deserve a place among such titans.

It was all too predictable, and completely deflating.

As the season rumbled on the banter from other fans gave way to arrogance. Opposing fans started to display an air or superiority. It wasn’t so much making fun of us for the way we performed, more a condescending expectation that they’d get out of second gear and win – and so it proved.

By the end of the season, I had become numb to it. I will always be proud of my city and never shy away from declaring my support for my team, but during those last few weeks after relegation was confirmed, it felt like wearing a Norwich shirt around Dublin was an act of defiance rather than pride.

Knowing that people would laugh and sneer, I still showed my colours but it felt markedly different from the pride I usually have in standing out from the crowd. My support never wavered though and I will continue to support the team through thick and thin.

Well, this past season did not seem to have too many in the squad doing that. Perhaps that’s the reason he had to leave in the end. We’ll never know, but one thing is for sure, two points from 60 is not good enough to keep a football manager in their job.

Points aside, that mantra of pride for the badge seems to have been lost.

It is difficult to say whether it was lost when such wholesale changes were made to the squad or when key players were not replaced effectively, or if the lack of pre-season followed by that horrific first 10 matches meant the writing was already on the wall.

I don’t expect many players to share my pride as a fan, but it should have been a matter of professional pride for the players to turn that around. It never materialised though. Dean Smith now has the mammoth task of replacing those key players, along with replacing the many loan players we had last season.

Personally, I cannot see us bouncing straight back. We need a successful transfer window, a good start and a lot of luck.

I have enjoyed a break from football after that dreadful season but as with every closed season, now I can’t wait for it to come back. Last season is done. It has been consigned to the history books, and maybe we’ll all laugh about it in the future.

Whatever your opinion on the Club’s upper management, now is the time to accept what happened, look forward and hope we can challenge at the other end in the Championship – we are all in it together, after all.

I know that once that fixture list comes out and the games begin, I will hold my head up, put on my brightest yellow shirt and be proud to wear my colours again.

Let’s hope that Dean Smith can create a team that shares that feeling..