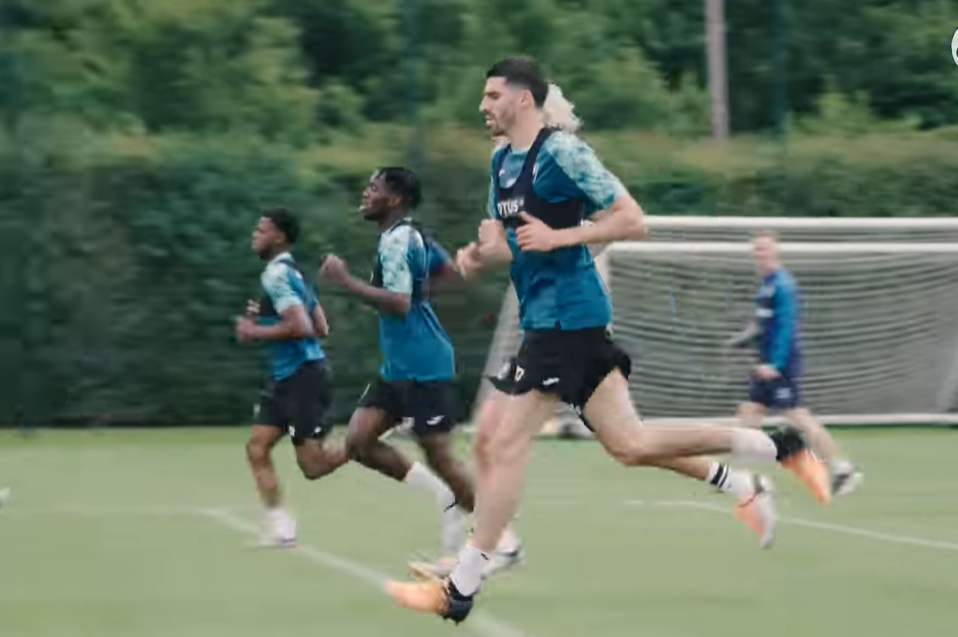 And to think we’re only five days away from a ball being kicked in anger for the first time in season 2022-23.

Okay, so there’s unlikely to be too much anger and venom on display when Dean Smith takes his squad to Dereham on Friday night – kick-off at Aldiss Park is at 7pm – for what’s likely to be a fairly gentle run-out but the season has to start somewhere and where better than Dereham.

You may remember, the Magpies, as they are known, featured in a documentary made by our own Connor and Ben, on our YouTube channel a couple of years ago. If you’ve not seen it, it’s here. It was good and showed a club with ambition, organisation, and a professional set-up.

The Magpies play, a bit bizarrely, in the Northern Premier League (Midlands Division) and had a decent season in 2021-22, which saw them competing for a playoff place right through until the final few games.

It’s officially a first-team friendly but anyone who’s watched the club’s official video of last Thursday’s fitness tests will have noticed several absentees. So while there’ll be some familiar faces on show at Aldiss Park, there’ll also be some academy talent included in the squad.

It goes without saying that those involved in the World Cup playoffs and the Nations League – Pukki, Hanley etc – won’t be anything like ready for pre-season training. There are some batteries that need some serious recharging, especially given some of them were still playing less than two weeks ago.

So, please don’t head to Dereham with your ‘Teemu, please can I have your shirt?’ placard because you’ll be disappointed.

But if you are thinking of going…

The following day,the first-team squad will be travelling to deepest Bavaria, on the Austria/Germany border, for an eight-day training camp – a pre-season destination initially used by one Paul Lambert but which has been embraced by most City managers since, including of course Daniel Farke.

If the Farke camps were anything to go by, the pain, sweat and toil involved will be incommensurate with the tranquil and picturesque surroundings, and will undoubtedly involve some serious leg and lung work.

Rather them than me but it has to be done, and it’s fair to assume the players of today will return in rather better shape than the bedraggled bunch who would turn up for pre-season at Wenhaston Playing Field in the 1980s and 1990s. Just thinking about it makes the lungs burn.

When in Germany, there will be an open training session which will no doubt be attended by those admirable and lovable lunatics who follow City wherever they go.

And those same good folk, will also have a game to take in as on Saturday, July 9 (KO 1pm BST) a City XI will play 2.Bundesliga side SSV Jahn Regensburg in Grassau, Bavaria – a game that will conclude the German training camp.

Three days later, Tuesday, July 12, the more familiar surroundings of The Walk will play host to the third game of City’s pre-season when they play King’s Lynn Town – kick-off 7.30pm. It was the same venue where it all began last season, City winning modestly 3-1.

Following the game at King’s Lynn, things take another step up in level when, on Saturday, July 16, City travel to the South of France to take on ten-time French champions Marseille at the Stade Parsemain in Fos-sur-Mer. For those who fancy a trip to a rather nice part of the world, it kicks off at 5pm BST.

Three days later, on Tuesday, July 19, City then travel to the less exotic climes of the Abbey Stadium, Cambridge in a game we hope will be rather less bruising than a similar fixture in July 2017, when Timm Klose and Alex Pritchard both were crunched into oblivion – the latter damaging ankle ligaments that kept him out for three months.

If I’ve talked anything up, I apologise wholeheartedly now.

And, finally, just a week before the big KO, they conclude their pre-season prep with a trip north of the border. On Saturday, July 23 they will play Celtic at Celtic Park (kick-off 3pm) and the following day, Sunday, July 24, one assumes a different XI will then play Hibs at Easter Road (kick-off 2pm).

And that’s your lot.

If City are able to fulfil all of those fixtures, that in itself will be a considerable step up on last season’s pre-season, which was horribly impacted by Covid. In truth, it was an unavoidable disaster from which they never recovered.

This time around, it looks, on paper at least, like a well-rounded set of fixtures that should prepare the squad nicely for that opening day trip to a Gareth Bale-less Cardiff.

In the meantime, if you’re Dereham bound… enjoy. For those who worry about kits, there should be a new one on show.