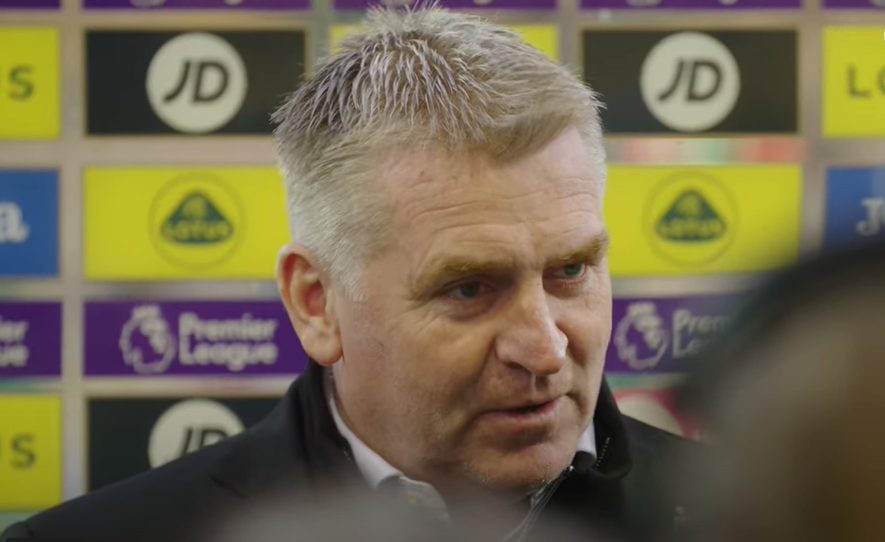 During this last week of flaming June, I am not too sure if I would like to be in Dean Smith’s immaculate white trainers.

Following hot on the heels of our inevitable relegation from the Premier League in May or more likely April, I simply don’t want to remember, Smith now has the chance to mould his squad for the 2022-23 EFL Championship campaign.

The loan with a view to a permanent signing of the universally well-thought-of Isaac Hayden was an excellent start to recruitment.

Coupled with that though, a cynic might think that was an attempt by Stuart Webber to say ‘okay Dean, you can sign Isaac, but you’ll have to wait a bl00dy long time before the next recruit comes through the door.’

Rumours concerning occupants of the departure lounge continue to confound me as we have been told that there are unlikely to be incomings before outgoings and in terms of the latter, affairs seem to be in a right old mess.

Tim Krul’s projected move to PSV Eindhoven seems to be off the agenda – but that does not mean that other Eredivisie sides will not be interested in our penalty wind-up merchant. Far from it.

The name of Max Aarons continues to be bandied about in the media and I am yet to be convinced that Teemu Pukki sincerely wishes to hang around for yet another season in the Championship. Finland national manager Markku Kanerva has never liked the idea of Teemu playing in the EFL and has said so more than once.

Christos Tzolis has been told he can go if an acceptable offer comes in [allegedly] but so far the local media suggests that a loan to Belgian champions Club Brugge with a view to purchase is the most likely possibility. Bruges is a beautiful location, known as the Venice of the North, but quite how such a move might benefit Christos’ career progression I am not really sure.

Przemyslaw Placheta is touted as a target for the about to be taken over Birmingham City.

Will we get something like the £ 2 million we reportedly paid for him? Highly unlikely. Financial Fair Play legislation with regards to the Blues might very well scupper such a deal anyway.

We also have an apparently malcontent Milot Rashica wanting away, but there are no reports of any offers that I would take seriously.

As for rumoured incomings, we are clutching at straws just now.

Brandon Williams is available for £10 million from Man Utd – I won’t insult MFW readers by suggesting that he might be an option for us.

A player I really liked the look of, Scott Twine at MK Dons, has signed for Burnley for a quoted £4 million. It’s just a personal view but I think Webber has missed a trick on Twine who has that rare Dean Ashton-like ability to strike with either foot, is pretty good in the air and can also take a decent free-kick from outside the box, the latter of which wasn’t one of our Deano’s gifts.

So, in this moment we are left with jolly pictures from NCFC Official of the first day at Colney. These included the presence of one Todd Cantwell. Maybe it was just a mistimed snapshot from the official photographer but he sure didn’t look too happy to be at the Lotus Training Centre through these eyes.

We all have our own thoughts on Paul Lambert’s days at the helm. Personally, I felt he was fantastic during his tenure at NR1 but I fully understand that other MFW readers might have a different view to my own.

However, the one thing Lambert consistently did was to get his signings in early and recruit from the lower leagues without sanctioning extravagant fees, thus buying committed grafters who wanted to be part of something good and give everything to the Yellow cause.

Folks like Anthony Pilkington, Elliott Bennett, John Ruddy and Andrew Crofts. There were several others of that ilk too.

When it came to January deals [sometimes loans such as Stephen Hughes] Lambert had a classic phrase which went something like this: “I just thought I’d get a couple in to give the lads a helping hand”.

Things seemed to be so simple pre-Webber and worked out extremely well under Lambert who had no obligation to sign youngsters who might, or might not, realise a profit when they left.

But our Dean is stuck with this situation for the duration of the summer window and I doubt if he knows whether his butt is bored, punched or countersunk.

As much as I’d like Deano’s salary, I wouldn’t swap my battered black matchday Nikes for his gleaming white alternatives. It’s quite difficult to feel sorry for a hugely well-paid football head coach, but in this case I really do.

Methinks somebody should have a word with the bookies who make us favourites for the Championship title.

All I can leave you with is this track from the Boss. It illustrates how I reckon Dean Smith might be feeling at the moment. Yes, it is Courteney Cox up on stage at the end, yes that was impromptu and yes Bruce played guitar on it live – when I saw him at Wembley in 1984 anyway!