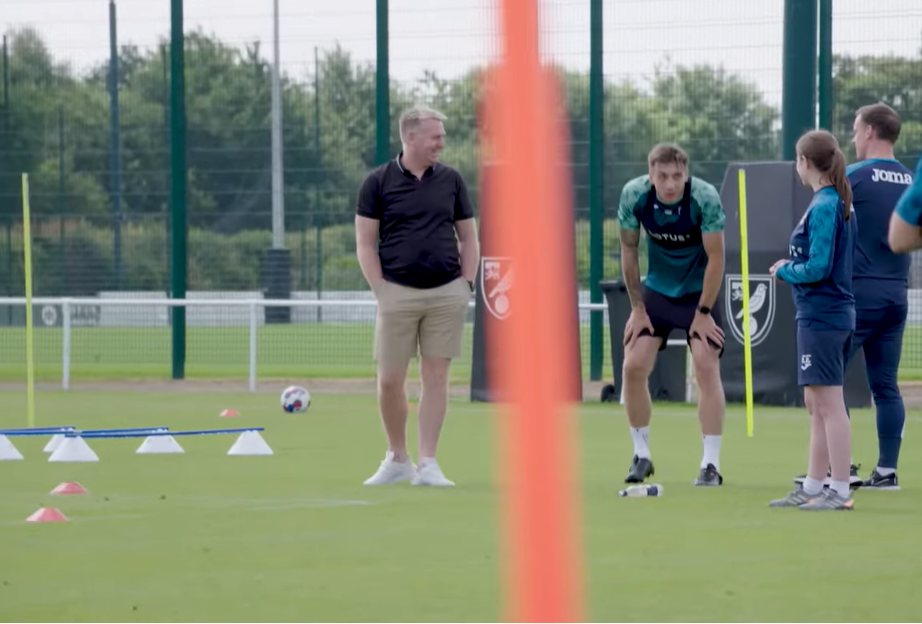 It’s not my norm to begin articles – or anything else – with a Biblical quotation. This time, however, it seems apt.

We now have the fixtures. We have the new branding. Closer to our capabilities on the field, we know of two additions: Isaac Hayden and a new set-piece coach.

Beyond that, it’s all a bit murky. We suspect there’ll be significant changes of playing personnel by the end of the window. But our inklings about those changes, let alone knowledge, are severely limited.

None of this has stopped others from putting in their two penneth about Norwich City. So I won’t let it stop me.

Wish I had some insider knowledge to declare. Instead, let me declare a creeping optimism about the season ahead.

No doubt there’s a subjective, perhaps irrational, element to that. But it seems to me there are some decent reasons too.

One is the ever-widening gulf between the Championship and the Premier League. Not perhaps as wide as we sometimes made it look last year – but a gulf nonetheless.

Of course, that doesn’t mean we’ll automatically be challenging at the top of the Championship – we know enough to dispel any such illusion. On the other hand, we shouldn’t be pessimistic merely on the basis of our inferiority last season. That’s another one we should know to be a false premise.

The widening of the gap shows itself in a number of ways. Not just financially – the scary one – but in ways that offer us more encouragement for the season ahead.

I used to point out that, despite pundits’ lazy forecasts, clubs relegated from the Premier League didn’t have a good record of bouncing back. But the record is changing a bit. In the past two years, three of the six clubs promoted from the Championship had come down the previous season (Fulham, Watford and of course Norwich).

The same thing that applies to teams also applies to individual players. Of course, we’ll need at least a couple of further signings – partly to replace leavers, partly to get the squad better suited to Dean Smith’s playing style (something for which there was no scope in January).

After the Premier League experience, though, it’s easy to lose sight of the fact that our squad would be the envy of many Championship managers. Players like Ben Gibson and Kenny McLean may have looked – well, did look – short of Prem quality, but they’re outstanding at Championship level. I suspect Josh Sargent will fit that bill too.

I deliberately leave out Grant Hanley from that category. Some of our fans aren’t convinced – but to me he didn’t look out of place on the field last season, in addition to his leadership.

(No complaints about Emi and Teemu winning, of course, but I found myself voting for Grant as player of the last two seasons.)

There remain plenty of question marks, of course. It would be a fillip to keep Teemu Pukki, but it seems we’ll have to fend off some strong suitors. On the other hand, we’re better equipped than before to deal with the departure of Max Aarons and of Tim Krul, if they happen.

A number of our players could blossom this season, or not. Will it be a breakthrough year for Adam Idah, who showed signs before his injury? Will Andrew Omobamidele fulfil the potential he clearly possesses?  Ditto Jon Rowe. In a different way, Kieran Dowell. And of course He-who-must-not-be-named, the artist formerly known as Todd Cantwell.

Not all of those will come off. But if two or three of them do, it’ll be equivalent to getting the kind of new players who are beyond our financial reach.

At the start of this piece, we skirted over the two signings already in the building. They deserve a little more scrutiny.

Isaac Hayden seems, to me, a major signing. He’s not only the defensive midfielder we clearly needed (how we missed Ollie Skipp last year!), but more. His quotes suggest that, like Grant Hanley, he’s the kind of character we need to help us shake off a losing mentality.

Allan Russell’s arrival is less heralded, but may also have a significant impact. Over the past couple of years as set-piece coaches became more common, two thoughts struck me:

I’m happy to learn Dean Smith shares those feelings and has now had the chance to make it happen.

So far, so reasonably good. Pretty sure I’d be less cheerful if I followed Burnley: relegation has been a financial disaster for them, already reflected in the departures of Nick Pope, Ben Mee and James Tarkowski, the core of their defensive strength of last season.

Plenty more playing issues to dissect, and arrivals and departures to speculate on. But one final thought for now to put on the table.

In our past two Championship seasons, we started rockily. It took us four games in one, five games in the other, to reach four points. That led – another Biblical reference while I’m in the mood – to considerable weeping and gnashing of teeth.

Both times, we went on to win the division.

Next season will be something of a new start – certainly our first real look at Norwich City in the Dean Smith mould. Can we give it, if necessary, a little time? His track record suggests he knows what he’s doing.

Enjoy the rest of the summer, and OTBC.