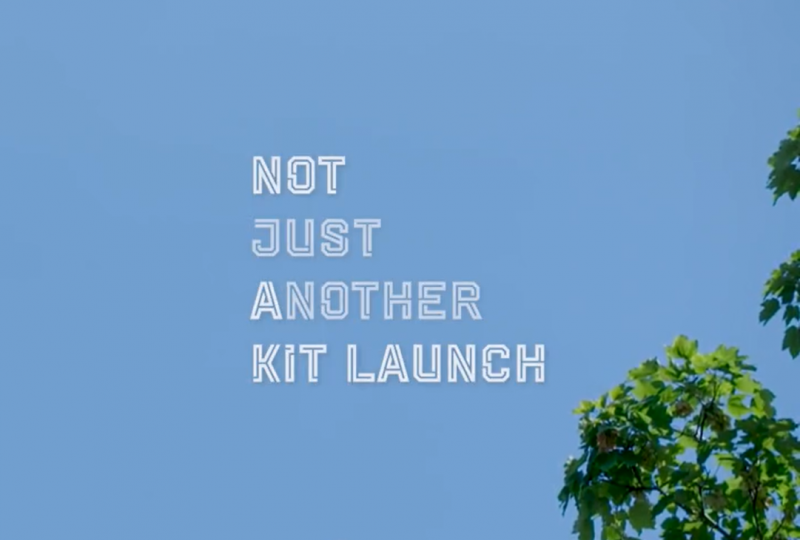 When the club put the online shop into mothballs for the evening and tweeted the mysterious ‘Not Just Another Kit Launch‘ image on Monday night, the assumption was that a new kit was due at 9.00 am this morning.

I’ve personally never got the appeal of the kit launch.

We get it when we get it and it looks how it looks. I appreciate the concept kits that people come up with on social media that 9 times out of 10 are vastly preferable to what emerges from the manufacturers but other than that it’s a whole area of excitement that passes me by.

I know that I’m in the minority though, and a lot of people are greatly interested. It’s a big thing for them.

So when the club dangled the carrot of a kit launch to use the thousands of people waiting patiently online for 9.00am to tick round to present a video on mental health, it was a surprise.

The vast majority of us thought that the video itself was powerful, and understood why the club would use its platform to promote this worthy cause.

I lost a close friend and fellow City fan to suicide a few years ago and I empathise with the aims entirely, especially given the dearth of mental health services available in this country right now.

The use of, essentially, false advertising, is a bit more problematic.

We live in a world of noise and advertisers constantly forcing us to watch things we didn’t sign up for.

You can’t watch a YouTube video, play a mobile game or even follow a simple link on Twitter without first being shown a 30-second ad trying to get you into online betting, and it’s really annoying to have to go through that crap every time to see what you actually went there for in the first place.

So for your football club to get you to give them your full, undivided attention under what were really false pretences, was difficult for some people to take.

I’ll be honest, my initial reaction was mild annoyance.

Having thought about it for a minute though, I accept why they did it. It is a very important piece, and in the local area no one entity has the reach to the key demographic involved that the football club does.

The scarves on seats and the visual representation of those lost in the last year hit home viscerally. That was my friend. That was a lot of people’s friends.

It’s very much a one-time-only thing for them to be able to do this though.

A platform is only special if it can be trusted. If they try “Come and See our new Player at 5.00 pm!” and it’s announcing “We’ve got Crypto.co.Syria as our new Middle East brand ambassador!” things will get fairly fractious fairly quickly.

This one was a gimme. You hooked us in, but we know why. That was your one.

However, away from my own thoughts on the subject, Twitter was, as always, an interesting watch. The vast majority tweeted their approval. I saw one or two who said that they felt click-baited, which, as I’ve said above, I can understand, and one or two who complained that there wasn’t also a kit launch.

There were then about 500 times as many with messages along the lines of “if people have got a problem with that, give your head a wobble”, or “for those that are blubbing over not seeing a bit of yellow cloth for another couple of days, you can **** off”.

This bit of inspiring wisdom seemed to echo around Twitter for the rest of the day, despite an almost total absence of people complaining.

Those that had voiced anything approaching a negative opinion were set upon fairly quickly. Fans from outside the UK who had stayed up to whatever ungodly hour in their country who said they felt a bit silly for sitting around in their pyjamas for what amounted to a public service announcement were told to stop complaining fairly sharpish.

And the main targeted demographic of kit launches, children, were firmly put back in their place by the collected wisdom of the mob, if they said they were disappointed.

I didn’t see one tweet that denigrated the message. Nobody argued that mental health wasn’t important. A few people didn’t like the way the club did things.

A lot of people seemed to come away from the “Kit launch that wasn’t a Kit launch” with a positive outlook, feeling like the club did a great thing, and I think that they did.

I personally came away disappointed that a large part of the message of looking after one another didn’t extend afterwards to not going after anybody who didn’t agree 100 per cent with the delivery.